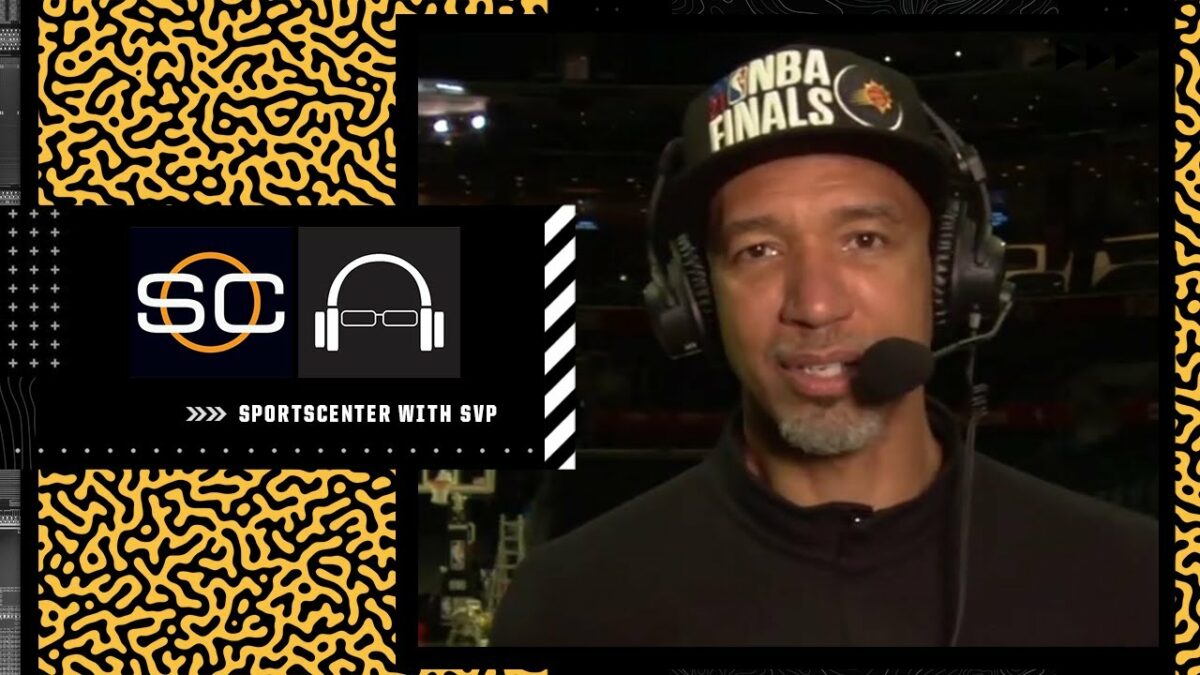 The following article, NBA Coach Tells ESPN What It Means to Be 'a Believer in Christ' After the Biggest Win of His Career, was first published on Flag And Cross.

After leading the Phoenix Suns to their first NBA Finals appearance in 28 years, coach Monty Williams wanted to talk about what was really important.

In a postgame interview with ESPN’s Scott Van Pelt, Williams was asked how he found the “sweet spot” as a coach in balancing being “a mentor, a leader and a taskmaster when you have to be.”

“Well, I expressed from the time I got the job in Phoenix and every new player that comes to our program, the essence of my coaching is to serve,” he responded.

“As a believer in Christ, that’s what I’m here for. And I tell them all the time, if I get on you, I’m not calling you out, I’m calling you up,” Williams said.

Phoenix earlier defeated LeBron James and the defending champion Los Angeles Lakers in the first round of the playoffs and went on to sweep the Denver Nuggets before taking on the Clippers.

Williams’ team now will face either the Atlanta Hawks or the Milwaukee Bucks for a chance to win their first championship. That best-of-seven series is tied at 2-2.

Williams has never been shy about his faith.

“My faith in Christ is something that’s the essence of who I am,” the coach said in September, according to SportsSpectrum.

“I’m a Christian, but I’m also somebody that’s a regular dude that’s jacked up, and I have this hope in Christ and I know that I can trust God with any situation that I have,” he said.

“When people look at me and they think of our faith, I hope that they see, ‘Man, if God can do that in his life, He can do it in mine,'” Williams said.

The coach has said that his faith evolved as he matured.

“Whether it’s winning or losing or getting a contract or not getting signed by a team and all the in-between, my faith allows me to hopefully have something to hold onto that’s much bigger than sports,” Williams said in a 2018 interview with The Undefeated.

“You realize you’re not the cat’s meow. Most athletes, we feel like we can overcome and withstand anything,” he said.

“There’s been a few times in my career where I couldn’t change the consequences with lifting more weights or getting more shots or whatever the case may have been. And that’s when you realize how small you are and how much you need a relationship with God. And I felt like that was where I started to grow,” Williams said.

He said his faith does not make him perfect as much as it helps him overcome his flaws.

“I always tell people God makes me look much better than I deserve, and that’s just where it is for me,” the coach said.

“There’s a lot of times within the faith, as a Christian, that most people think we walk around like we have it together, and I just got to be straight with you,” he said.

“The longer you’re walking with the Lord, it’s the exact opposite. It’s like way on the other end. I need the Lord because I don’t have it together. I am broken. I am flawed no matter how I’m viewed,” Williams said.

Continue reading: NBA Coach Tells ESPN What It Means to Be 'a Believer in Christ' After the Biggest Win of His Career ...