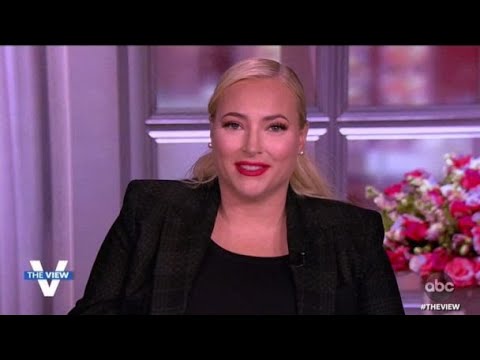 The following article, Meghan McCain Catches Co-Hosts by Surprise by Quitting 'The View', was first published on Flag And Cross.

Meghan McCain announced Thursday morning that she will be leaving her role as the token conservative co-host of ABC’s “The View” at the end of the month.

She said that she wanted to remain in Washington, D.C., where she lives with her husband, Federalist publisher Ben Domenech, and daughter, Liberty, The Hollywood Reporter reported.

“So, I’m just going to rip the Band-Aid off. I am here to tell all of you, my wonderful co-hosts, and the viewers at home that this is going to be my last season at ‘The View,'” McCain said.

“This was not an easy decision. It took a lot of thought and counsel and prayer,” she said.

“As any new mom knows, when I think about where I want Liberty to have her, you know, first steps and her first words,” McCain said, “I just have this really wonderful life here that I felt like I didn’t want to leave.”

The daughter of the late Sen. John McCain of Arizona had been with the program since 2017 and reportedly had two years left in her contract.

McCain stepped away from the show for maternity leave last year when she was pregnant with her daughter.

“[McCain] recently came to us with her decision to depart the show at the end of this season, a difficult choice that she made for her and her family that we respect and understand,” an ABC representative said in a statement, according to The Hollywood Reporter.

“We wish the best for Meghan as she plans her next chapter, and thank her for the passion and unique voice that she shared with us and our viewers each day.”

Her co-hosts were not told of McCain’s departure prior to the Daily Mail breaking the news Thursday morning, according to Parade.

“We have tried to keep her, but she is adamant that now is the right time for her to leave,” a source from Disney, ABC’s parent company, told the Daily Mail.

In her departure announcement, McCain praised her co-hosts — Whoopi Goldberg, Sara Haines, Joy Behar and Sunny Hostin — and called them “the most talented women on all of television, hands down.”

She added that the job was “one of the hands-down greatest, most exhilarating, wonderful privileges of my entire life.”

“The View” typically has one conservative host on a panel of liberals, and McCain has received criticism from the show’s liberal audience. However, McCain said that all of the women receive unfair criticism.

“The media needs to do a better job of covering the women on this show in general,” she said in her final comments Thursday.

“We are covered with deep misogyny and sexism by the media,” McCain said. “Though, if five men were doing what we do every day, I really do believe that we’d probably have a Pulitzer Prize at this point.”

The hosts of “The View” have had many heated political debates, and McCain has frequently fought with Goldberg, Behar and Hostin on air.

“So if you guys want to fight a little bit more, we have four more weeks,” McCain told her co-hosts.