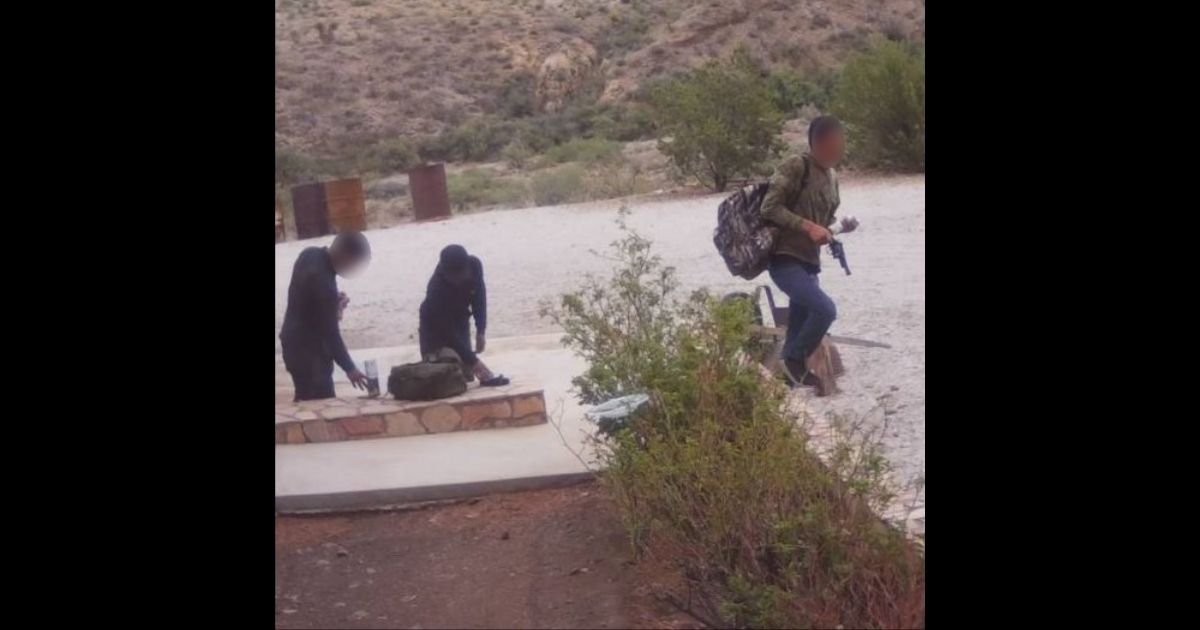 The officers arrested the thieves on Tuesday, according to a CBP news release.

CBP agents and officers from the Hudspeth County Sheriff’s Office were responding to reports of three “undocumented non-citizens” having burglarized and stolen weapons from the house when they encountered the men, the news release stated.

When authorities performed a search on the trio, they found “two loaded handguns, ammunition, food, and clothing,” according to CBP. Law enforcement then arrested the illegal aliens without the need for any use of force.

The sheriff’s office took custody of the trio for “further investigation and potential state charges for Trespassing and Theft of Property,” CBP reported.

“Without hesitation, these agents responded to the ranch house and safely secured the location, the stolen weapons and the undocumented non-citizens.”

“With the presence of weapons in the wrong hands, this situation could have turned violent; fortunately, our agents were able to control the encounter and bring it to a peaceful resolution.”

The number of arrests along the U.S.-Mexico border has increased to an unprecedented level, reaching numbers not seen in the last two decades, Fox News reported.

The outlet noted CBP said it has had around 930,000 encounters with illegal immigrants since the month President Joe Biden took office, with May alone seeing around 180,000 aliens breaching the country’s borders.

Big Bend Sector Border Patrol agents encountered 3 undocumented non-citizens armed with firearms they obtained after burglarizing a ranch house. The men were arrested by agents who found 2 loaded handguns, ammo, food, and clothes after a search.

Several Republicans have fixed the blame on Biden for creating a “dangerous” situation at the border.

“There has never been a border so secure as the southern border that we had, and now it’s opened up,” former President Donald Trump said during a briefing from Republican Gov. Greg Abbott of Texas on Wednesday, Fox News reported.

“Now we have an open, really dangerous, border. More dangerous than it’s ever been in the history of our country, and we better go back fast.”

Abbot said that “things have changed so quickly and so dramatically under the Biden administration. It has been amazing and disastrous.”

The Biden-run federal government has been “failing” in securing the “safety and security” of Texans, Abbot added.

Texas Republican Attorney General Ken Paxton in late March said that illegal immigration has been an over $850 million burden on the backs of Texas taxpayers every year.