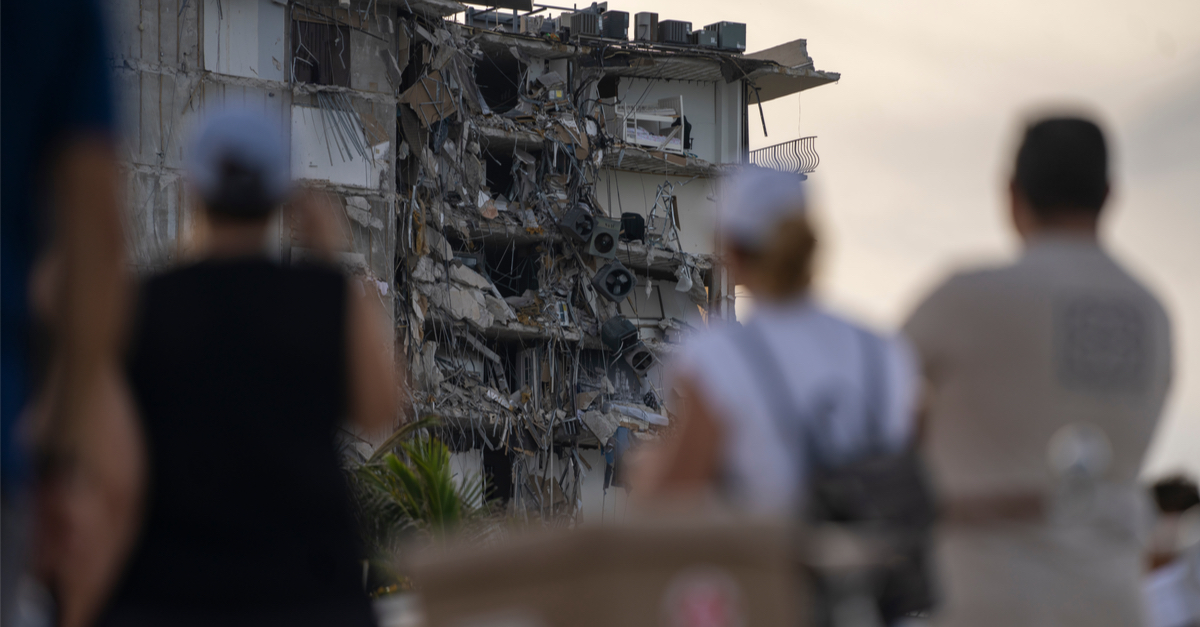 Hope is a fickle thing.  It comes and it goes.  It flickers like a flame in the wind.  And sometimes, but not always, it burns eternal.

For the loved ones of those still missing in Surfside, Florida, hope is fading.

Rescue efforts at the site of a partially collapsed Florida condominium building were halted Thursday out of concern about the stability of the remaining structure after crews noticed widening cracks and up to a foot of movement in a large column, officials said.

The stoppage that began shortly after 2 a.m. threatened to keep search teams off the rubble pile for an unknown period and dim hopes for finding anyone alive in the debris a week after the tower came down.

This, just as the President arrived.

The rescue operations were called off on the same day that President Joe Biden and first lady Jill Biden visited the devastated community.

The collapse of the 12-story Champlain Towers South beachfront condominium killed at least 18 people and left 145 missing. Hundreds of search-and-rescue personnel have painstakingly searched the pancaked rubble for potential signs of life, but no one has been rescued since the first hours after the collapse.

In other building collapse incidents, such as earthquakes or tornados, 7 to 8 days seems to be the upper limit on how long survivors are still found.