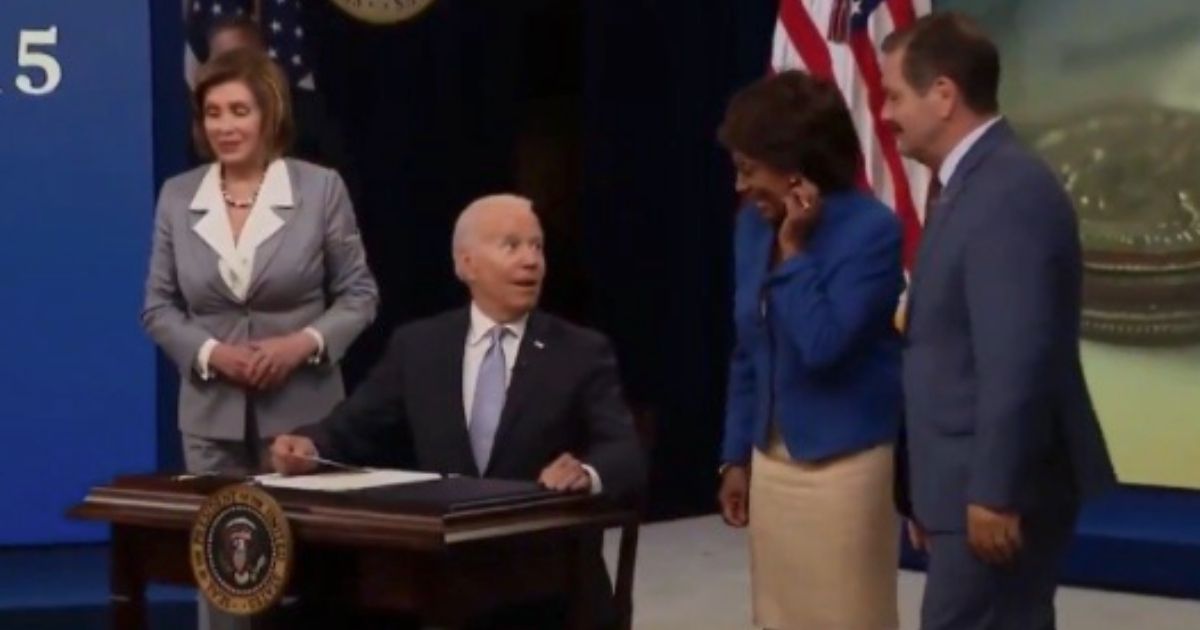 The following article, Biden Reveals He Wants Far-Left Maxine Waters to Become a Senator, was first published on Flag And Cross.

President Joe Biden referred to California Democratic Rep. Maxine Waters as “senator” on Wednesday, surprising the House member with his announcement regarding her political future.

“Senator, I hope,” the president said, looking at Waters.

A Senate run by Waters is unlikely. Were she to run in 2022, the congresswoman would compete against Sen. Alex Padilla, who was appointed by California Democratic Gov. Gavin Newsom after then-Sen. Kamala Harris became vice president.

Waters has also faced numerous criticisms, including an ethics complaint filed against for alleged misuse of government resources during a controversial trip to Minnesota while the trial of former Minneapolis police officer Derek Chauvin was ongoing.

Waters was accused of misusing her ability to request protection from federal air marshals on an April 17 flight to Minneapolis, according to Fox News.

That was the same date that Waters appeared at a Brooklyn Center, Minnesota, protest and said demonstrations need to be stepped up if Chauvin was not convicted of the charges against him — which he later was.

That comment was later cited by the judge of the Chauvin trial as grounds for Chauvin’s defense to claim a mistrial on appeal. The comment also sparked an attempt by House Republicans to censure Waters, which failed when House Democrats closed ranks to defeat the motion.

That day, Waters traveled with two armed Capitol Police officers and two U.S. Secret Service agents but wanted more, asking for two air marshals and two more federal marshals to escort her through the airport, according to Fox.

“Federal Air Marshals were removed from a ‘High Risk’ flight to cover Ms. Waters flight to Minnesota. The High Risk flight took off with no armed law enforcement on board leaving a gap in National Security,” the complaint said.

“Air marshals can only be assigned to high-risk flights. That means flights that have been deemed through our vetted process that have a security risk,” said Sonya Hightower LoBasco, the executive director of the Air Marshal National Council.

“When these processes are violated and they’re taken advantage of and they are just tossed to the side now as if they don’t matter, we’re really looking into creating a major problem for ourselves in the aviation domain.”