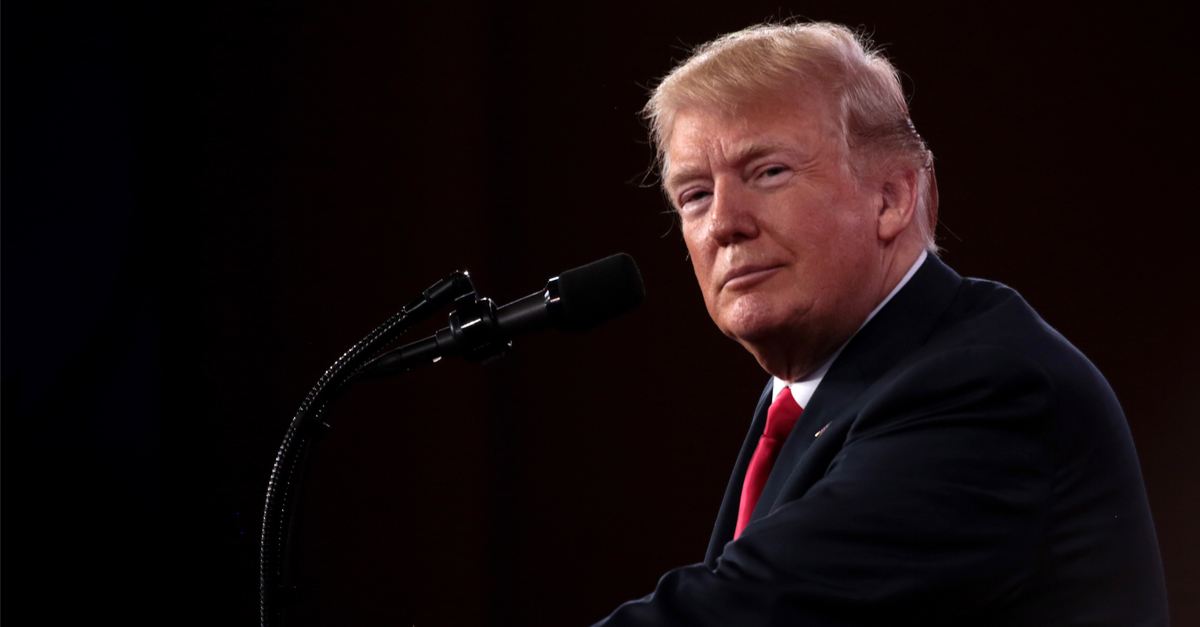 The following article, Trump Takes Nasty Swipe at Biden as Border Crisis Worsens, was first published on Flag And Cross.

The Democrats would really, really like Donald Trump to simply go away, but they definitely shouldn’t be holding their breath for that to occur anytime soon.

The former President remains one of the key influencers of the entire Republican Party, and has made no effort to hide the fact that he plans on running again in 2024 – something that could be hindered by continued suspensions on social media.

Silenced by Twitter and Facebook, Trump has been taking his message back on the road with a rally just days ago, followed by an event with Texas Governor Greg Abbott on Wednesday.

“I mean the real question is, do they really want open borders? Or are they incompetent?” Trump asked after highlighting Biden’s failure to secure the southern border.

The former president spoke during an event on border security in Texas with Gov. Greg Abbott (R-TX), Republican members of Congress, and law enforcement officials.

“There’s only two things, you’re either incompetent or for some reason you have a screw loose and you want to have open borders,” he said.

Trump recalled his own administration’s efforts to secure the border and to slow the flow of migrants coming into the United States through a series of diplomatic agreements with Latin American countries.

Joe Biden worked diligently to undo a number of Trump border measures during his first few days in office; a move that infuriated Republicans to no end.

President Trump DID NOT make a “nasty swipe” at President Biden. President Trump just stated the obvious! President Biden is NOT making any efforts to secure America by continuing the wall at the Texas Mexico border! Whose side is Biden on, America’s or the enemy’s? His inaction makes it CLEAR AS DAY! Biden is ALL about “CHANGE, UGH!!!