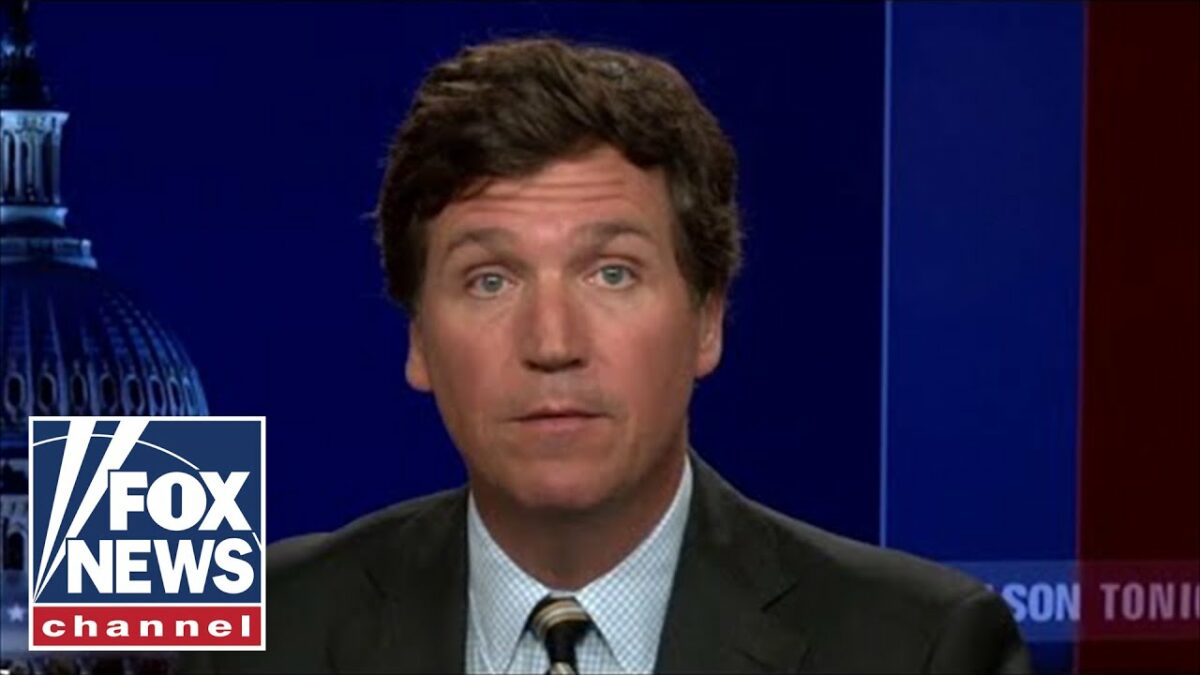 The government has been elusive about whether Fox News host Tucker Carlson’s charge that the National Security Agency has been spying on him is true — but would it be a shock if it were?

Following the 2020 presidential election, the left did not hide its disdain and suspicion for the ordinary Americans who voted for former President Donald Trump.

Despite the fact that some 74 million people cast ballots for him, there were immediate rumblings from the left that his voters would need to be re-educated and “deprogrammed” to join society again.

Then when the incursion into the U.S. Capitol happened on Jan. 6, the left pounced, ratcheting up the rhetoric to paint Trump supporters as dangerous dissidents worthy of suspicion — and worse.

But back then, these were just the rantings of pundits eager to pick the political carcass clean during the Trump administration’s dying days, circling like vultures even as the president was exiting the White House.

However, growing evidence suggests that this sentiment may be more than just an idea — it may be the force driving what Carlson asserts is happening to him.

“Last time, we told you about the Biden administration’s efforts to monitor and intimidate this show,” Carlson said on his “Tucker Carlson Tonight” program on Tuesday.

“On Sunday, we heard from a whistleblower within the U.S. government, someone with direct knowledge, who warned us that the NSA was reading our electronic communications, our emails and texts and was planning to leak them selectively in an effort to hurt us.”

“This person has details from my emails that no one outside the recipient could have known so it was not a delusion,” he asserted.

Carlson noted that President Joe Biden didn’t directly address the situation but that his press secretary, Jen Psaki, gave an evasive answer when asked about it on Air Force One on Tuesday.

“The NSA as — I think you are well aware, everyone’s aware, everyone on this plane is aware, I should say — is an entity that focuses on foreign threats and individuals who are attempting to do us harm on foreign soil,” Psaki told reporters in the clip Carlson rolled out.

“So that is their purview. But beyond that I would point you to the intelligence community,” she said.

Carlson noted how his concerns were roundly dismissed but emphasized that what’s happening to him is the tip of the iceberg.

“Some faceless hack in a powerful government spy agency decides he doesn’t like what you think, so he’s going to hurt you and there’s nothing you can do about it?” he asked.

“That could happen to you. And when it does happen — trust us — NBC News will call you a delusional QAnon conspiracy theorist for complaining about it,” Carlson warned.

After the host made his initial claims Monday, the NSA released a carefully worded statement in a tweet Tuesday that the host called “infuriatingly dishonest” and “an entire paragraph of lies.”

“Tucker Carlson has never been an intelligence target of the Agency and the NSA has never had any plans to try to take his program off the air,” the agency wrote.

“NSA has a foreign intelligence mission. We target foreign powers to generate insights on foreign activities that could harm the United States.”

“With limited exceptions (e.g. an emergency), NSA may not target a US citizen without a court order that explicitly authorizes the targeting,” the agency claimed.

A statement from NSA regarding recent allegations: pic.twitter.com/vduE6l6YWg

That did not sit well with Carlson who noted that the statement “didn’t deny” that his private correspondences were read without his permission.

Carlson went on to recount how he also reached out to the NSA director to ask whether it was true, arriving at the direct line of four-star Gen. Paul Nakasone.

“But the question remains: Did the Biden administration read my personal emails? That’s the question that we asked directly to NSA officials when we spoke to them about 20 minutes ago in a very heated conversation,” he said.

“Did you read my emails? And again, they refused to say,” Carlson noted. “And then they refused even to explain why they couldn’t answer that simple question.”

“‘We can do anything. We’re our own country, and there’s literally nothing you can do about it. We’re in charge, you are not.'”

“Orwellian does not begin to describe the experience,” Carlson concluded, comparing his situation to “living in China.”

“Now that the Biden administration has classified tens of millions of patriotic Americans — the kind who served in the military and fly flags in front of their homes — as potential domestic terrorists, white supremacist saboteurs, we’re going to see a whole lot more of this kind of thing,” he warned.

Carlson is justifiably angry at the charge and he’s right that both Psaki and Nakasone skirted the issue by speaking about the focus on foreign surveillance — but as Carlson also pointed out, the government has been known to do this before.

In fact, NSA whistleblower Edward Snowden is still hiding out in Russia after he revealed that the U.S. government was clandestinely gathering scads of data on Americans.

The government was also able to easily produce flimsy evidence — which turned out to be the product of political opposition research — to launch the Crossfire Hurricane investigation to spy on then-candidate Trump’s campaign.

At the same time, it has crafted the new narrative that the scourge of white supremacy is widespread and must be snuffed out for the sake of national security — a troubling prospect since it labels anything its political enemies do as being motivated by such ideology.

Carlson’s charge against the government is absolutely plausible — not only because of his claim of insider information and the non-denial from the government but because it is the logical end of what the left has been attempting to do all along.