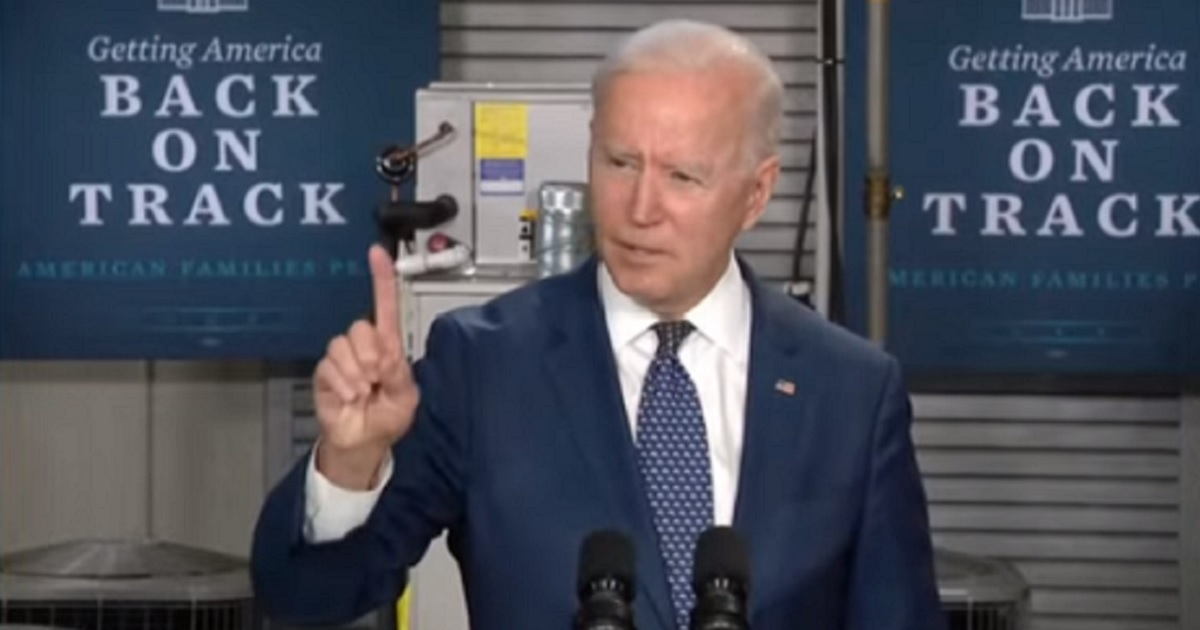 The following article, Biden Repeats False Claim that He Campaigned for President on ‘Increasing Funding’ for Police, was first published on Flag And Cross.

Biden is once again trying to re-write history to paper over an embarrassing fact, this time he is once again lying and saying that he campaigned for president on increasing funding for law enforcement.

The Biden administration is trying to make people believe the lie that it is the GOP what wants to defund the police and it is Biden who wants to increase police funding.

But these claims are flat out lies.

Biden specifically supported “redirecting” funding away from police during the 2020 presidential campaign. His staff, realizing how damaging “defund the police” was to the party’s prospects, tried to claim he opposed doing so. But as Breitbart News showed during a fact check, there is no practical difference between defunding the police and redirecting funding from police to other resources. That is, in fact, exactly what “defund the police” advocates want cities to do.

…President Trump never proposed defunding the police. His 2021 budget proposal — which he produced before the wave of nationwide unrest — called for shifting some federal responsibilities to state and local governments, and changing funding priorities, such as using money for border enforcement instead of for incarcerating illegal aliens. Trump also proposed increasing funding to Immigration and Customs Enforcement. When the unrest began, Trump proposed increasing funding to police departments in troubled cities like Chicago to stop a wave of unrest and the crime.

Breitbart added: “Meanwhile, Biden’s running mate, Kamala Harris, and several Biden staffers either contributed money or encouraged others to contribute money to bail funds for arrestees in Minneapolis, Minnesota, who were detained in anti-police riots.”

But if you cruise through social media, you’ll see leftists everywhere repeating these lies as if they are facts.

What did Nazi propagandist Joseph Goebbels say about the big lie again?

Continue reading: Biden Repeats False Claim that He Campaigned for President on ‘Increasing Funding’ for Police ...