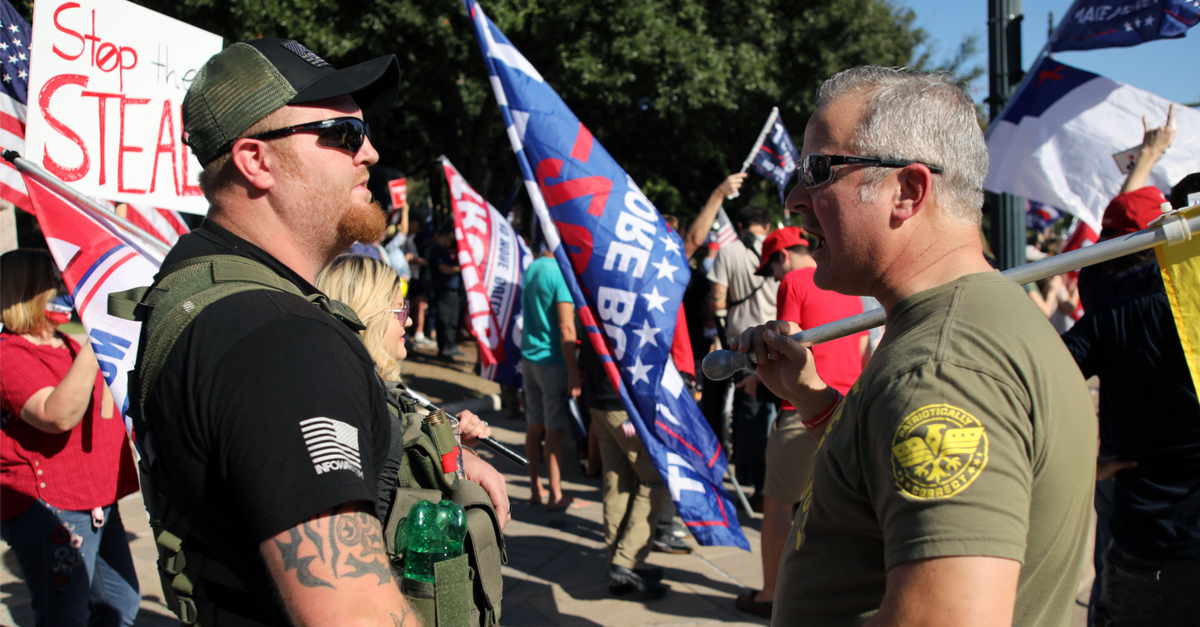 The following article, Trump Supporters Say ‘Civil War’ is Coming if Trump not Reinstated This Summer, was first published on Flag And Cross.

The undeniable and awful political divide that we are experiencing in our nation has turned dangerous over the course of the last few years, as tempers and rhetoric continue to flare on both sides of the aisle.

The latest escalation of the narrative appears to be one of the most drastic yet, with members of the MAGA Movement now openly warning the mainstream media that a “civil war” is on the horizon.

CNN reporter Donie O’Sullivan spoke with several supporters of former President Trump ahead of his first post-presidential rally on Saturday, many of whom told him they fully expect the real estate mogul to be reinstated before the end of the summer and warned of potential political violence in America if he is not.

“He didn’t lose, I know he didn’t lose,” one woman told O’Sullivan, indicating she believes unfounded claims made by Trump and other Republicans that widespread voter fraud led to an unfair election that swung in President Biden’s favor.

“He’s coming back soon, and you guys are going down,” a Trump supporter in Wellington identified as Ron told O’Sullivan, sparking laughter from others in his group. “The military already knows it was a fraud. He won by over 80 percent.”

Ron continued: “He’s coming back before the middle of August.”

“And what if that doesn’t happen?” O’Sullivan asked.

“We’re going to be in a civil war because the militia will be taking over,” the man responded.

Earlier this year, several Trump allies had suggested that the former Commander in Chief would be reinstated sometime this summer, and it was reported that Trump himself had begun speaking on the possibility in private.

Common sense will tell everyone in America if Trump does not take back his rightful position of President this country is doomed . The Demonrats installed this idiot as president,and his communist handlers are trying to bring America down.

There is no remedy in the Constitution to fix a dishonest election on any level. Trump will not be reinstated, the States already spoke through their certified EC votes. Biden can stand up and say he cheated and nothing can be done about it other than impeachment. If convicted the Speaker of the House would become acting president. Trump can only fix this by running and winning in 2024.

And the situation was ended when 7 out of 9 supreme court judges refused to hear any evidence of massive voter fraud. Had they merely listened and then ruled against the conservatives it would have to stand without anger.