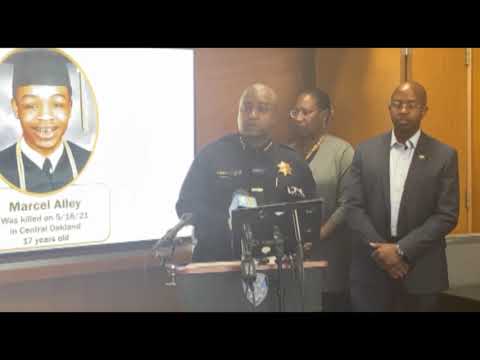 The following article, Oakland Police Chief Slams City Council for Slashing Police Budget While 'Crime Is Out of Control', was first published on Flag And Cross.

A California police chief criticized the Oakland City Council for voting to slash nearly $20 million from law enforcement as crime increases in the city.

“I’m challenged by the decisions that were made on Thursday around the budget for the city of Oakland, particularly for the Oakland Police Department,” Oakland Police Chief LeRonne Armstrong said during a news conference Monday.

He emphasized that he believed the mayor’s budget was “designed to preserve public safety for the entire city.”

The police chief said that the city is in a “crisis” after a weekend that saw “four homicides over a three-day period.”

There have been 65 reported homicides in Oakland this year, which is a 90 percent increase compared to 2020, the Washington Examiner reported.

The number of shootings is up over 70 percent from last year and carjackings are up 88 percent.

The city has also seen an 11 percent increase in robberies, with 1,300 robberies so far this year.

“We see clearly that crime is out of control in the city of Oakland, and our response was for less police resources,” Armstrong said.

“But when city council members, the majority of them that voted to defund this police department, that additional $17 million that was reduced from the police department’s budget will have an impact.”

He said that the lower budget will result in slower crime response times because there will be fewer officers available to respond.

“The impact will be immediate with a slower response time for emergency calls for service,” Armstrong said.

“We already have a tough time responding to the high number of calls that we get. This will make it tougher, having less officers in the field, particularly for marginalized communities.”

There will also be fewer officers to address traffic violations and violent crimes.

“I hope that we can put politics aside and put public safety first. Put people’s lives first before political agendas.”