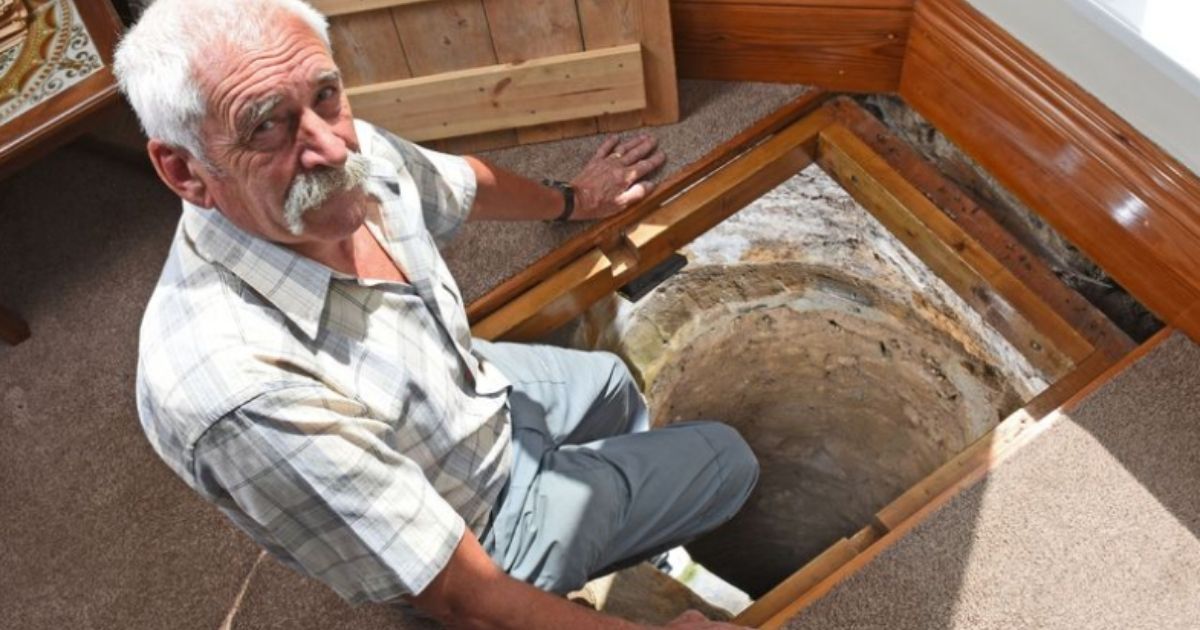 The following article, Grandfather, 70, Discovers Sword, 1725 Coin in Well Under His Living Room Floor, was first published on Flag And Cross.

This one’s for my fellow history geeks.

A 70-year-old grandfather in the U.K. made an extraordinary discovery when he decided to find out why there was a dip in his living room floor.

Colin Steer first noticed the depression in the ’80s, after he and his wife purchased their Victorian home in Plymouth, Devonshire.

At the time, the Daily Mail reported, the couple had three small children running around, so Colin’s wife Vanessa asked him to cover the depression up.

However, when he retired in 2012, he began to investigate.

His decade-long excavation paid off — he’s now dug up fascinating historical artifacts and discovered a possibly medieval well beneath his home.

“The hole is currently 17 feet deep, and there is about another four or five [feet] that I want to dig out when I eventually get round to it,” Steer told the Daily Mail.

He keeps the well covered with a Plexiglass-like material so his curious grandchildren can safely peer down.

“It is a good thing to show off to people as it is not something that you see every day. I have actually even tried some of the water that is at the bottom of the well. It was really clear and tasted fine to me,” Steer said.

Plans suggest records of the well’s existence dating back to the 1500s. Based on its size, Steer believes it probably provided water for animals or several families.

Steer has also uncovered a ring, a coin dated 1725 and a sword buried under five feet of soil.

The sword, he said, was “hidden at a 45-degree angle and sort of just fell out” as he was digging.

“It looks like an old peasant’s fighting weapon because it appears to be made up of bits of metal all knocked together,” he explained.

History is not as far removed from the modern world as we think. It lies — literally, in this case — right beneath the surface of our day-to-day lives.

Just as the foundation of this Victorian house was laid on things left behind hundreds of years ago, our society was built on ideas and beliefs passed down over the course of centuries.

I don’t think we can have too many reminders of our history, nor too many admonitions to preserve it and pass it on to future generations.

Just like Steer, when we dig into the past we will be well rewarded with the treasures of our cultural inheritance.