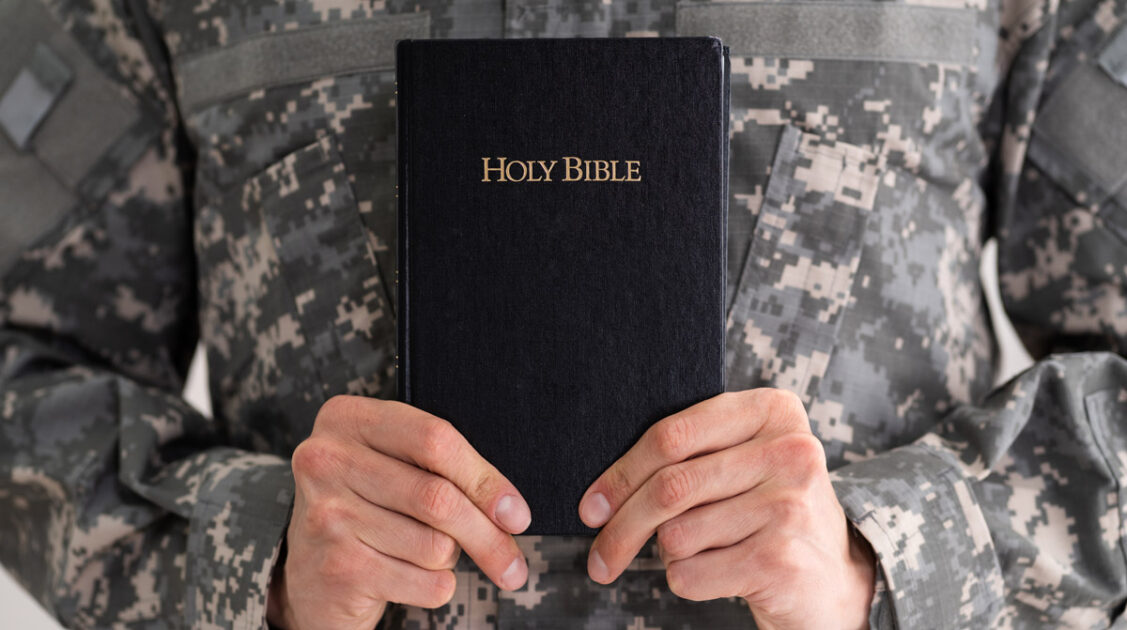 The following article, Army Backs Down, Revokes Sanctions Against Army Chaplain Who Criticized Transgenderism, was first published on Flag And Cross.

Two months after being sanctioned by the U.S. Army for criticizing transgenderism, the U.S. Army has reversed the reprimand that would have more or less ended a chaplain’s career.

Army chaplain Maj. Andrew Calvert was informed of the decision after he filed an appeal of the reprimand, according to Just The News.

“The decision clears the way for Chaplain Calvert’s record to be cleared, resulting in the possibility of future promotions and assignments,” a representative of the First Liberty Institute said.

As Just The News reported:

First Liberty said its general counsel was told of the reversal “both orally and in writing” but told Just the News it does not have “approval” to share documentation of it.

Calvert left a comment on an Army Times Facebook post alleging that newly inaugurated President Biden planned to reverse the Trump administration policy, which was still in force. He defended the policy as recognizing “reality” and called service members with gender dysphoria “mentally unfit” to serve.

His superiors subsequently received Facebook messages pointing to that comment and Calvert’s other social media posts, including “11 reasons why Christians should vote for Trump” and an article about a former lesbian “set free from sexual sin.”

The Army said that since Calvert wore his uniform in a Facebook video, he violated Army policies against engaging in partisan political activity.

“I am grateful for this favorable decision, and I look forward to continue meeting the spiritual needs of the soldiers with whom I serve,” Calvert said of his reprieve.

The Army noted that it is satisfied with the final decision.

“The Command completed a thorough and impartial investigation and took appropriate action,” III Corps (Fort Hood) deputy spokesperson Maj. Gabriela Thompson said. “In accordance with long-standing Army policy and to protect the privacy of the service member concerned, we will not provide any additional details regarding personnel or administrative action.”

I’m afraid our military has been infiltrated and taken by the socialists/liberals with 4-star generals leading the way. Hope the country doesn’t find a need for the military now.