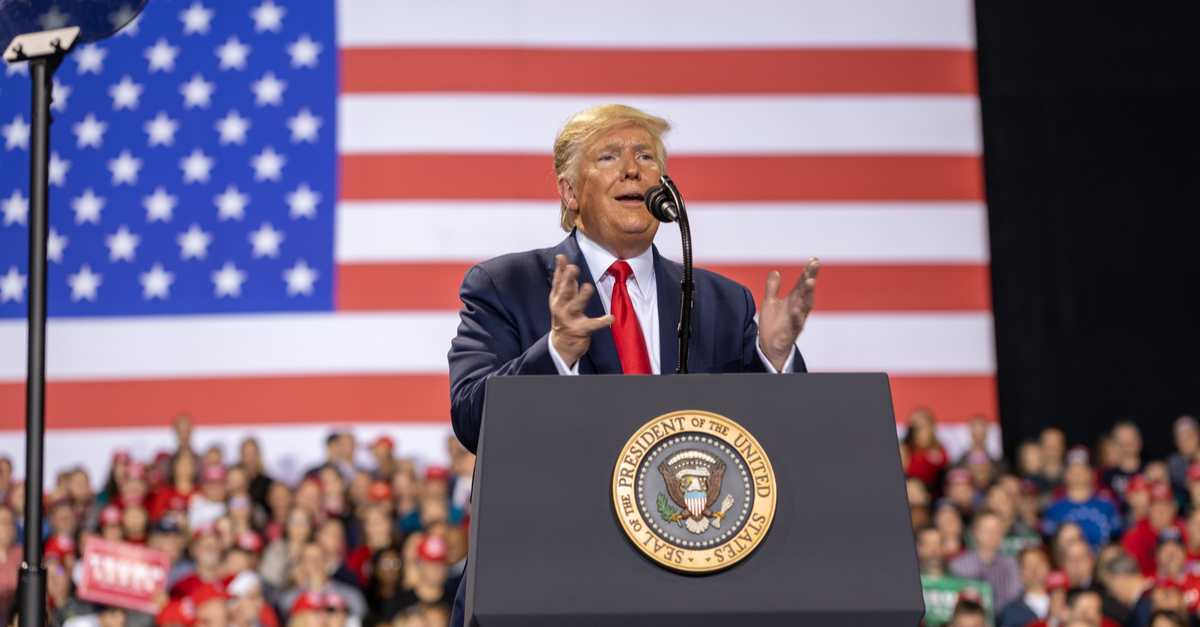 The following article, Trump Return Rally Fails to Inspire QAnon Movement as Followers Tune Out, was first published on Flag And Cross.

Donald Trump is back in the political foray again, at least in some capacity, as the former Commander in Chief hits the road for another of his signature rallies.

The affair seemed familiar:  Trump and friends taking to the podium to rail against the radical left, surrounding by American flags and red baseball caps.

But, for some, it was perhaps a bit too familiar.

Both QAnon and longtime supporters of former President Donald Trump criticized his Saturday night speech in Wellington, Ohio, accusing him of the “same-old, same-old” grievances against Democrats and his 2020 election loss to President Joe Biden.

QAnon supporters, some of whom are the former president’s most fanatical online backers, sent a barrage of messages through the Telegram app that expressed boredom and even anger at the speech Trump described as “the very first rally of the 2022 election.” They blasted Trump for not mentioning how his January 6 insurrection supporters are “rotting in jail.” And numerous others said Trump should be booed by the Ohio rallygoers for even “bringing up the word ‘vaccine,'” specifically because they believe COVID-19 was entirely a hoax.

But it didn’t appear as though this would have much effect on Trump’s vote tallies.

“I’m 100% with the dude, but literally switched from his speech 3 mins ago. Im [sic] done with his speeches,” wrote QAnon user Jacob.

“Judging by the Trump-supporting normies I live with, they were bored with his speech,” wrote another QAnon user. “I support Trump but this is getting ridiculous.”

“Love President Trump. But, if I’m being honest, it’s a lot of the ‘same old-same old,’ we’ve all heard a thousand times before,” wrote Annmarie Calabro.

Trump is still regarded as the heavy favorite for the Republicans in 2024, but a prolonged boredom by the Q crowd could spell trouble, particularly as politicians like Florida Governor Ron DeSantis continue to climb in the polls.