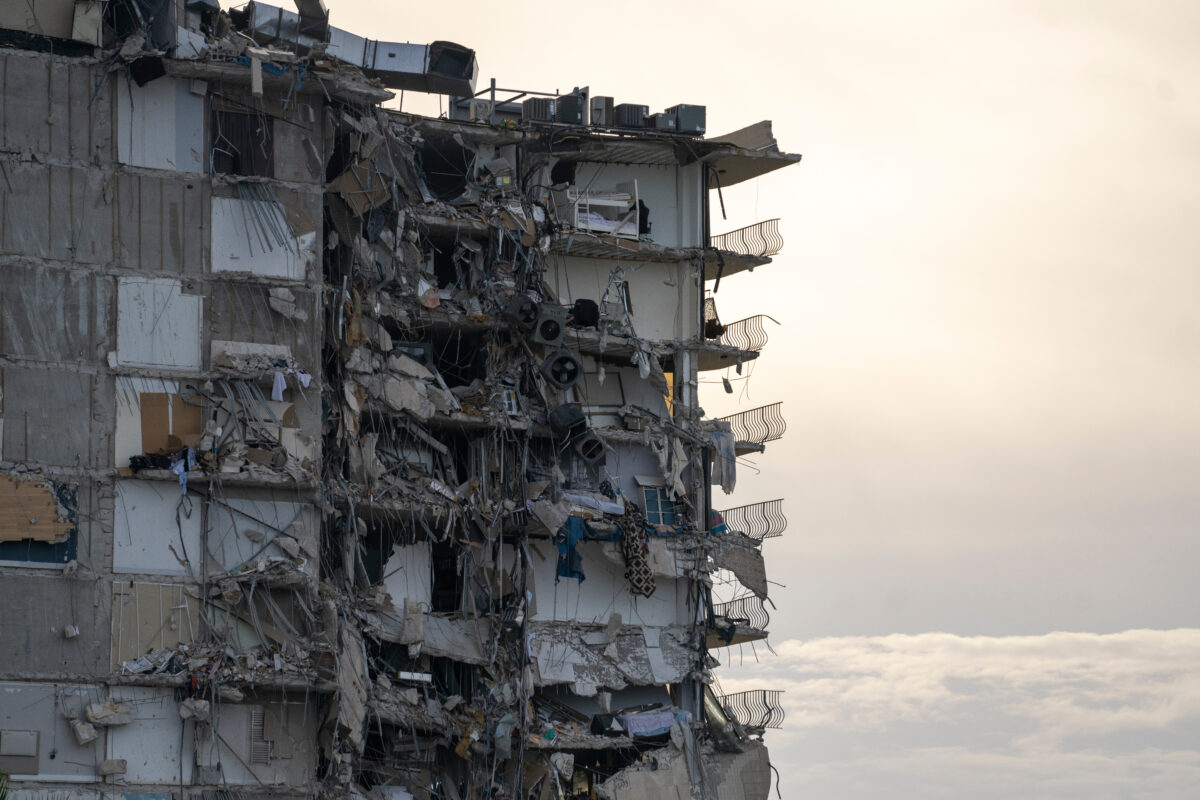 Just north of Miami, Florida, a heart wrenching reality is beginning to set in, as rescuers continue to struggle to make progress in their efforts at a Surfside condominium collapse.

Champlain Towers, a residential high-rise that partially collapsed this week, is still smoldering on Sunday as fires rage within the rubble.  Rescuers have only recovered 5 bodies thus far, and with over 150 individuals still missing, time is of the essence.

Now, newly revealed data seems to suggest that the building was suffering from serious structural issues prior to the tragedy.

The oceanfront condominium building that collapsed near Miami had “major structural damage” to a concrete structural slab below its pool deck that needed to be extensively repaired, according to a 2018 engineering report on the building.

The report was among a series of documents released by the city of Surfside as rescuers continued to dig Saturday through the rubble of the building in an effort to find any of the 159 people who remain unaccounted for after its collapse. At least four people were killed.

The report itself was damning.

It said the waterproofing under the pool deck had failed and had been improperly laid flat instead of sloped, preventing water from draining off.

The firm recommended that the damaged slabs be replaced in what would be a major repair.

The report also uncovered “abundant cracking and spalling” of concrete columns, beams and walls in the parking garage. Some of the damage was minor, while other columns had exposed and deteriorating rebar. It also noted that many of the building’s previous attempts to fix the columns and other damage with epoxy were marred by poor workmanship and were failing.

Beneath the pool deck “where the slab had been epoxy-injected, new cracks were radiating from the originally repaired cracks,” the report said.

Rescuers are still of the belief that survivors could be extricated from the remains of the building in the coming days, but that window is tragically closing this week.