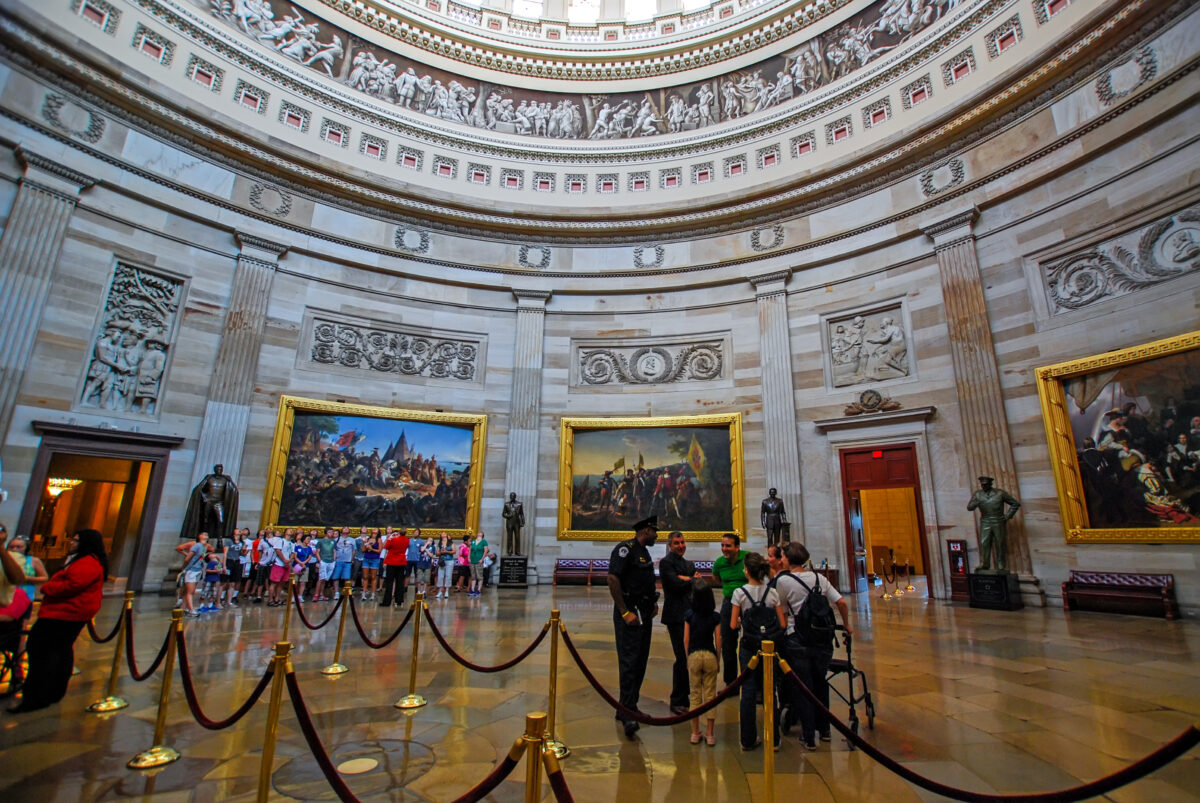 The following article, National Archives: Capitol Rotunda is Example of ‘Structural Racism’, was first published on Flag And Cross.

Over the course of the last several years, the American people have been in the grips of a racial reckoning for which the scope has expanded rapidly and consistently, leaving many to wonder just where the borders of the movement end.

That’s not to say that this is some unwelcome gesture – it certainly isn’t, especially in a nation that prides itself on inclusion and whose very ethos is “liberty and justice for all“.

But, as with any such movement, there are disparate opinions about what constitutes a realistic reach.  There is little doubt that the latest opinion on the state of the Capitol Rotunda is going to push some folks over the edge.

The National Archives’ task force on racism claimed in a little-noticed report to the U.S.’s top librarian that the Archives’ own Rotunda – which houses the Declaration of Independence, the U.S. Constitution and the Bill of Rights – is an example of “structural racism” and that the Founding Fathers and other White, historically impactful Americans are portrayed too positively.

The report was completed in April and released this month but has so far flown under the media radar. The task force claims that structural racism “unequivocally impacts” how National Archives and Records Administration (NARA) employees interact with each other, customers and the historical records themselves.

So, what were the complaints?

Some examples of “structural racism” were provided in the summary of the report, including “legacy descriptions that use racial slurs and harmful language to describe BIPOC communities,” which includes actual racial slurs alongside terms such as “elderly,” “handicapped” and “illegal alien.”

Additionally, the report categorized the National Archives’ Rotunda as another example of “structural racism” as it “lauds wealthy White men in the nation’s founding while marginalizing BIPOC [Black, Indigenous and other People of Color], women, and other communities.”

The group suggested that “trigger warnings” could be placed within the space to provide context.

“Providing an advisory notice to users gives us an opportunity to mitigate harm and contextualize the records,” the report reads. “It creates a space to share with the public our ultimate goals for reparative description, demonstrate our commitment to the process, and address any barriers that we may face in achieving these goals (i.e., the size and scope of the Catalog and the ever-evolving knowledge we gain regarding what is harmful).”

The report will undoubtedly be panned by many Americans, who are already growing weary in the realm of racial revisionism.

The United States was founded principally by white people. Get over it.

Is this woke BS ever going to end?