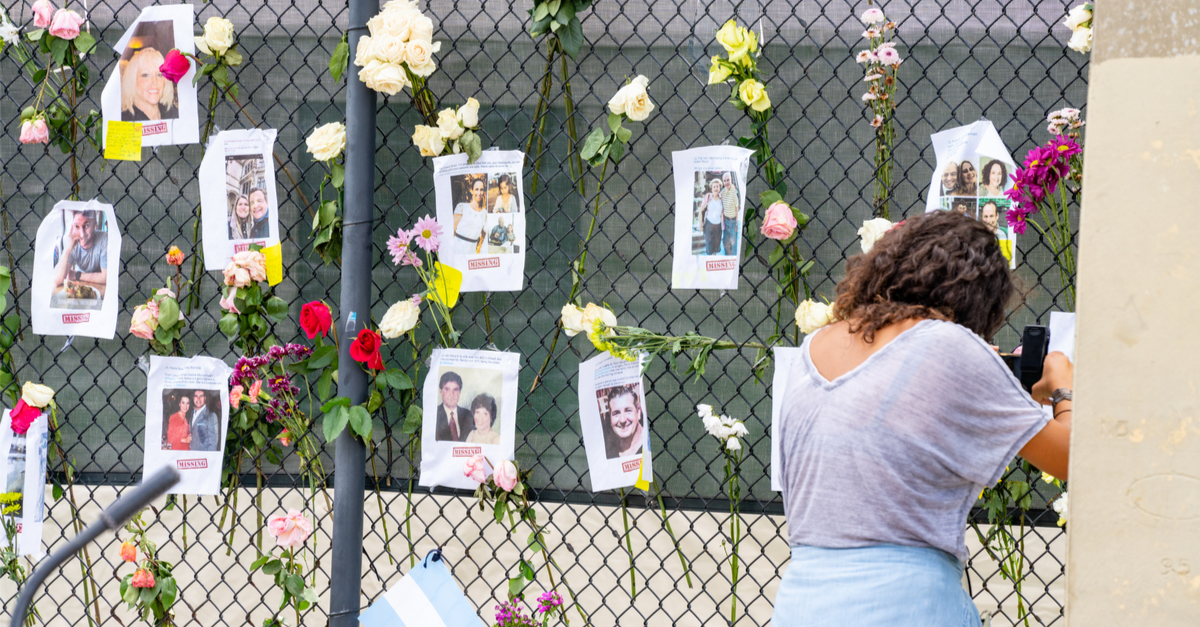 It has been several days since a partial collapse of Champlain Tower near Miami that has trapped over 150 residents within the rubble.

At the onset of the rescue effort, which began just minutes after the late-night destruction, rescuers were hopeful that they would find survivors by the droves.  Officials detailed their efforts, which included using trained dogs to sniff for survivors and high-tech sonar equipment to listen for voices and banging within the fallen structure.

Those hopes are fading, however, as those on-site have been unable to make much progress in terms of penetrating the rubble.

Rescue crews found another body in the rubble of a collapsed 12-story condominium tower near Miami on Saturday, raising the death toll to five as they raced to recover any survivors while fighting back fire and smoke deep inside the concrete and metal remains. Miami-Dade Mayor Daniella Levine Cava announced the heightened toll at an evening news briefing, saying the identification of three bodies had dropped the number of unaccounted for down to 156, per the AP. She said crews also discovered other unspecified human remains. Officials said the remains they find are being sent to the medical examiner, and they are also gathering DNA samples from family members to help identify them. Separately, a video posted online showed an official briefing families of missing loved ones.

The slow-moving effort has frustrated friends and family members of those who may still be awaiting rescue deep within what remains of the structure.