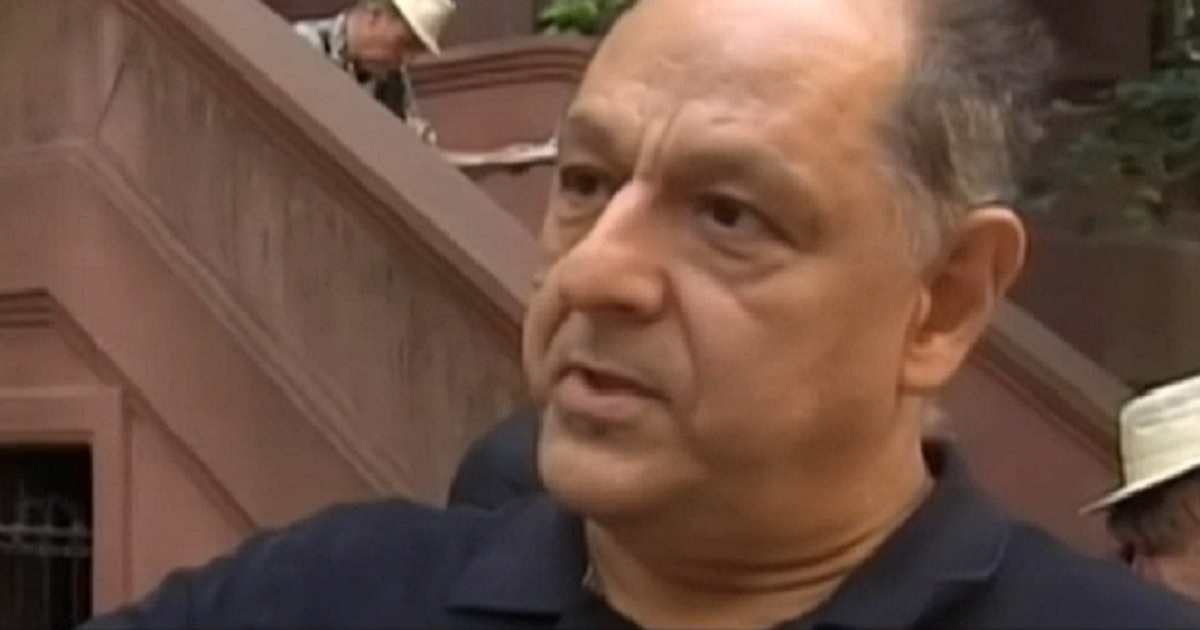 Joseph Bolanos says he didn’t riot at the Capitol. He wasn’t even on the streets at the time, having retreated to a hotel room as the incursion had happened. He said he turned over evidence to the FBI that proves this

But the FBI still raided his and his mother’s apartments. He’s had two strokes since. He’s said he’s been ostracized by his community, where he was a respected member. All because an anonymous caller reportedly told the FBI he was bragging about having entered the Capitol — which he has the evidence to prove he didn’t do.

According to a Wednesday piece by New York Post columnist Miranda Devine, Bolanos is the president of his Upper West Side block association, a position he’s held for almost a quarter-century.

Devine wrote that Bolanos “looked out for his neighbors during the pandemic. He dropped off masks and kept extra heaters in his rent-controlled apartment for seniors. He raised morale with a weekly street dance to show his support for essential workers.”

“A Red Cross volunteer after the 9/11 attacks, the 69-year-old security consultant once received a police commendation for heroism after saving a woman from being mugged,” Devine continued. “Unmarried, and caring for his 94-year-old mother, he was a well-loved character in the quiet residential area.

“But now his neighbors think he is a domestic terrorist.”

That’s because one of them called the FBI on Bolanos and said he was bragging about taking part in the Capitol incursion.

According to Devine, Bolanos says that he avoids political discussions with his neighbors, but that he was a registered Democrat and “an independent at heart” who liked Trump’s policies but wasn’t a hardcore supporter of the now-former president. He was in block leadership in an area he said was filled with ultra-progressives and conservatives who knew well enough to keep their opinions to themselves.

Devine wrote that Bolanos traveled to Washington for Jan. 6 with a friend and said the day was cold and Trump’s speech was boring, so they headed back to their hotel at about 12:40 p.m. It wasn’t until 12:57 that the Capitol barriers were breached — and Bolanos was back at his hotel.

“Bolanos has time stamps on photographs he took in the hotel to prove it,” Devine wrote. “One inside the room was taken at 1:41 p.m. Another out the window of the street below was taken at 1:45 p.m. Another photo was taken at 2:04 p.m. inside a hotel elevator. He says that is when they decided to head back to the Capitol to see what had happened with the Electoral College count.”

Video footage taken by Bolanos purportedly showed he was still walking down Pennsylvania Avenue when the Capitol itself was breached by people breaking windows at 2:12 p.m.

“They arrived at the rear of the Capitol at about 2:45 p.m. Unbeknownst to Bolanos, inside the building, Ashli Babbitt has just been shot,” Devine wrote. “He and his friends stood on a patch of muddy lawn about 400 feet from the wall of the Capitol taking photos. The riot was all over.”

“There was no hint of violence … If you were shooting a movie at that location, you would never know anything had happened,” Bolanos told Devine.

The only sign he had that something was amiss were the people he could see scaling the walls of the Capitol: “But I couldn’t process it. I thought, ‘why they are climbing it?'” he told Devine.

On the Sunday after the Capitol incursion, Bolanos told Devine, the FBI left him a message they wanted to talk to him about Jan. 6. He called back but they didn’t get back in touch.

Then, on Feb. 4, FBI agents showed up while he was staying with his mother in her Washington Heights neighborhood to interview him. They asked him if he was a member of any organizations like Black Lives Matter or the Proud Boys; he said no. He explained the situation and gave them the evidence he had. He offered to show them more video back at his own apartment and the FBI said they’d call back Monday, Devine wrote. They never did.

Instead, the following Thursday, Bolandos was awoken at 6 a.m. by banging on the door of his mother’s apartment: “I opened the door and there’s about 10 tactical police soldiers and one is pointing a rifle at my head. [They had] a battering ram and a crowbar,” Bolanos told Devine.

They searched his mother’s apartment while they were doing the same to his own on the Upper West Side. The warrant they had was for evidence relating to “obstruction of Congress,” “civil disorders,” “conspiracy to impede/assault federal agents,” “interstate travel to participate in riot” and “unlawful entry on restricted buildings or grounds.”

Bolanos was handcuffed and taken to an FBI vehicle outside, where he was interrogated for four hours, Devine wrote.

“The FBI ransacked both apartments, upending drawers, trashing his mother’s bedroom,” Devine wrote. “An NBC camera crew had been tipped off and was there to film his shame. NBC quoted ‘sources’ saying charges against him were imminent. The story would be repeated in two local publications.”

At 11 a.m., after Bolanos felt ill, he was taken to a local hospital, Devine wrote. It was discovered he’d suffered a stroke.

Four months after the twin raids, there are no charges and Bolanos hasn’t gotten his digital devices back.

“It’s destroyed my reputation,” he told Devine. “I’m not a violent invader … I do not condone the criminality and violence on [Jan. 6] whatsoever.”

He’s since had a second stroke.

As for his neighbors, Devine wrote that they’d “turned their backs on him.” One woman who once cooked him Thanksgiving dinner has now left him a message saying “I hope Antifa gets you.”

This is the United States in 2021? The FBI destroying someone’s life on a tip? The bureau hasn’t charged Bolanos and the level of proportionality in the raid, particularly given his advanced age and the fact he was caring for his elderly mother at the apartment, seems a bit off.

It’s worth noting this is only Bolanos’ side of the story. As noted by Devine and Bolanos, WNBC-TV reported “sources familiar with the investigation say charges could come in the coming days” and that “the FBI wants to look at his electronics as prosecutors in D.C. decide on specific counts.”

Check out the report here:

Of course, it’s been four months now, which stretches the definition of “in the coming days.”

That same report makes it clear that Bolanos’ real crime to his neighbors was having gone to Washington at all:

“Several neighbors claimed the man boasted of being at the U.S. Capitol during the Jan. 6 riots and took video of the event,” the report staters. “Some said he called it a great day on the street, at a local cafe and on social media.

“I was walking down the street and I overheard him bragging about having been there and having taken video,” NBC reported one neighbor as saying.

So, neighbors who don’t like someone’s politics can sic the FBI on him? A guy can claim he overheard something while walking down the street and the feds are banging on a door at 6 a.m. armed to the teeth?

It’s worth remembering that it was often leftists who cried the loudest at law enforcement measures in the aftermath of 9/11 — but yet concern for civil liberties apparently doesn’t apply to suspected Trump supporters among liberals in progressive New York neighborhoods. (And there’s no reason to think that attitude is limited to New York.)

If the FBI has evidence to justify its behavior, it needs to produce it. If not, it’s committed an enormous injustice.

Like Nicholas Sandman’s incident in DC, this gentleman should sue NBC for their false and defamatory broadcast. The millions he should be able to acquire would make it possible to move himself and his mother to a place where his neighbors would not be the kind of scum who would judge him unfairly and mistreat him so badly. The FBI needs to be disbanded. They are populated by jackboot thugs who abuse their authority, lie on affidavits and FISA warrants, and generally abuse citizens who pay their salaries to do a job they no longer are capable of performing in… Read more »