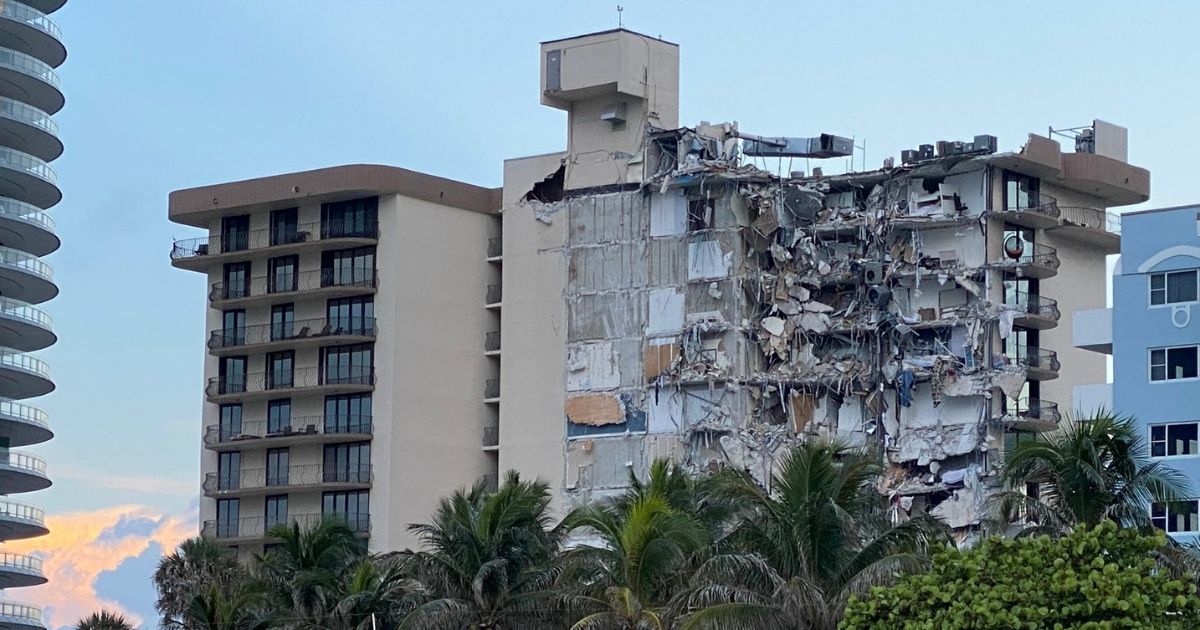 The following article, Condo Company Hit with Class-Action Lawsuit After Building Collapse in Florida, was first published on Flag And Cross.

A class-action lawsuit has been filed against the association that operated the 12-story condominium that collapsed Thursday in the Miami suburb of Surfside, Florida.

As of Sunday morning, there were five confirmed deaths and another 156 unaccounted for, according to USA Today.

The lawsuit was filed by the Brad Sohn Law Firm, on behalf of Manuel Drezner and “others similarly situated” at 11:29 p.m. on Thursday, less than a day after the collapse, according to WTVJ-TV. The first reports of the tragedy started about 1:30 a.m.

The suit was filed prior to the public release of a 2018 report that warned of “major structural damage” to the concrete pad the 12-story building rested upon.

I have confirmed this from satellite photos taken before the #surfside @buildingcollapse. Far more of the building collapsed than first reported. The entire 13-floor beachside tower has pancaked. What we see standing is the remaining two-thirds of the total structure. https://t.co/W15W6vfnuD

According to WPTV, the suit seeks $5 million in damages because of what it calls the Champlain Towers South Condominium Association’s “failure to properly protect the lives and property of Plaintiff and Class members.”

The association “disregarded the rights of Plaintiff and Class members by intentionally, willfully, recklessly, or negligently doing the following: failing to take adequate and reasonable measures to ensure the safety and protection of its residents and their property, failing to disclose to its residents and visitors that it did not have adequate safety measures in place to safeguard occupants of Champlain Towers South, failing to take available steps to prevent the catastrophic collapse of the building, and failing to monitor the building and activities that led to the collapse of the building, among other things,” the lawsuit states.

“Upon information and belief, Defendant could have prevented the collapse of Champlain Towers South through the exercise of ordinary care, safety measures, and oversight,” the lawsuit states, according to WPBF-TV.

The lawsuit said that the association knew work needed to be done on the structure.

“According to public statements made by defendant’s attorney Ken Direktor, ‘repair needs had been identified’ with regard to certain structural issues but had not been implemented; one of the most breathtakingly frightening tragedies in the history of South Florida followed,” the lawsuit states.

The partial collapse of the Champlain Towers South condo building in Surfside, Fla., killed at least four people and left another 159 unaccounted for. https://t.co/iIyhkNxYgH

The cause of the collapse has not been determined.

As of Sunday, rescue teams were searching the rubble in hopes of finding survivors.

On Saturday, a voluntary evacuation began of two other buildings in the condominium complex, including one that was built at the same time as the building that collapsed, according to the Miami Herald.

The 2018 report cited a “major error” in the initial construction of the building and warned that lack of proper drainage on the pool deck caused “major structural damage.”

The concern was laid out in an October 2018, “Structural Field Survey Report,” produced for the condo association by engineer Frank Morabito of Morabito Consultants. Morabito wrote that the “main issue” at Champlain Towers was that the pool deck and outdoor planters “laid on a flat structure” preventing water from draining.

The report cited the lack of drainage as “a systemic issue” Morabito linked to a problem “in the development of the original contract documents” 40 years ago.