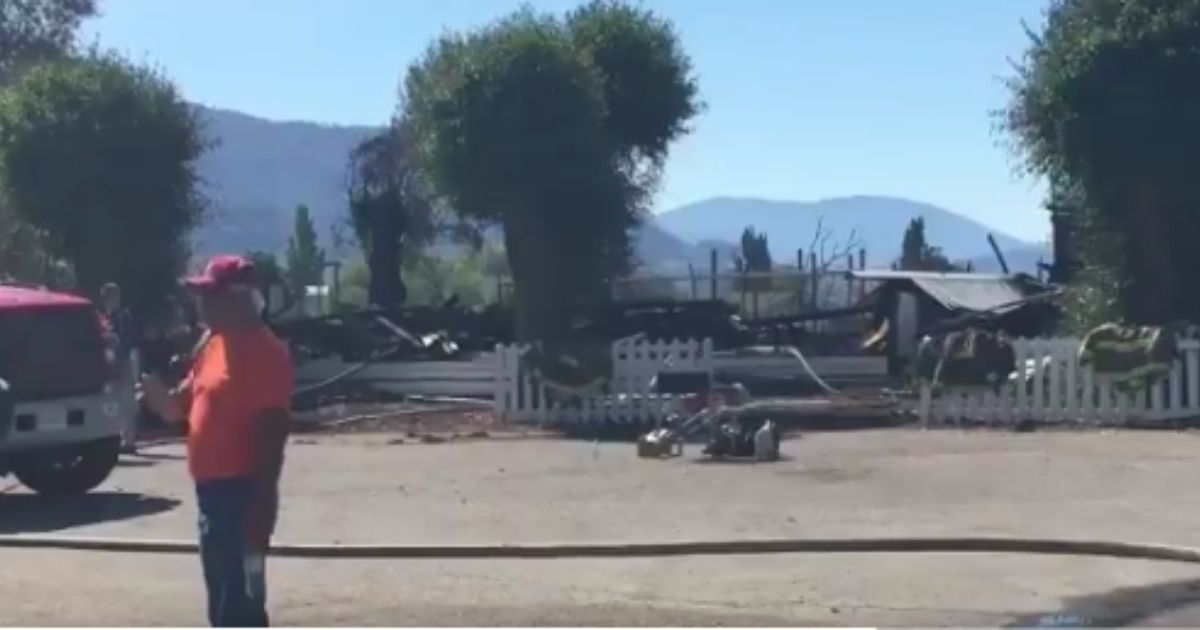 The following article, Another Pair of Canadian Churches Go up in 'Suspicious' Fires, was first published on Flag And Cross.

In the aftermath of the discovery of hundreds of unmarked graves at residential schools for indigenous children operated by the Catholic Church,  two more Canadian Catholic churches were torched on Saturday.

“The investigations into the previous fires and these two new fires are ongoing with no arrests or charges,” said Royal Canadian Mounted Police Sgt Jason Bayda, the BBC reported.

The fires come weeks after officials announced that the remains of 215 children were found at the nearby Kamloops Indian Residential School, which operated from 1890 to 1978.

Last week, officials announced that 751 unmarked graves were discovered in Saskatchewan on the grounds of the former Marieval Indian Residential School.

Since the discovery of unmarked graves at the former Kamloops Residential School, Indigenous crisis lines say they have fielded an explosion of calls for help from people across the country and need more funding to keep offering crucial supports. https://t.co/OnoFH82sKG

Both schools were operated by the Catholic Church.

Chief Keith Crow of the Lower Similkameen Indian Band linked the fires with the discoveries.

“We’re in for more hurt now. … When all the rest of the residential schools start doing testing, there’s just going to be more and more pain that comes out. The 215 was just a start,” he said, according to CTV News.

“I’m angry,” he said, according to BBC. “I don’t see any positive coming from this and it’s going to be tough.”

Penticton Indian Band Chief Greg Gabriel, on whose tribe’s land one of Monday’s church burnings took place, expressed the mixed feelings of his people, according to The New York Times.

“There’s a lot of anger and hurt in our community, from the residential school survivors and elders,” he said. “A lot of families, including my own, had events like funerals, marriages and baptisms in that church. Elders were attached to the church and some feel hurt by its loss.”

From 1883 until 1996, roughly 150,000 indigenous children were shipped to Canada’s residential schools, most of which were operated by the church, according to The Times.

“A lot of survivors, my relatives, they’ve been saying this for years and years — that there was a lot of death, there’s a lot of unmarked graves,” said Perry Bellegarde, national chief of the Assembly of First Nations, Canada’s largest group representing its far-flung Indian bands, according to The Times.

“But nobody ever believed the survivors,” he said.

Chief Rosanne Casimir of the Tk’emlups te Secwepemc First Nation called the mass graves found at the Kamloops Indian Residential School “a harsh reality and it’s our truth, it’s our history.” according to The Times.

“And it’s something that we’ve always had to fight to prove. To me, it’s always been a horrible, horrible history,” she said.

Continue reading: Another Pair of Canadian Churches Go up in 'Suspicious' Fires ...