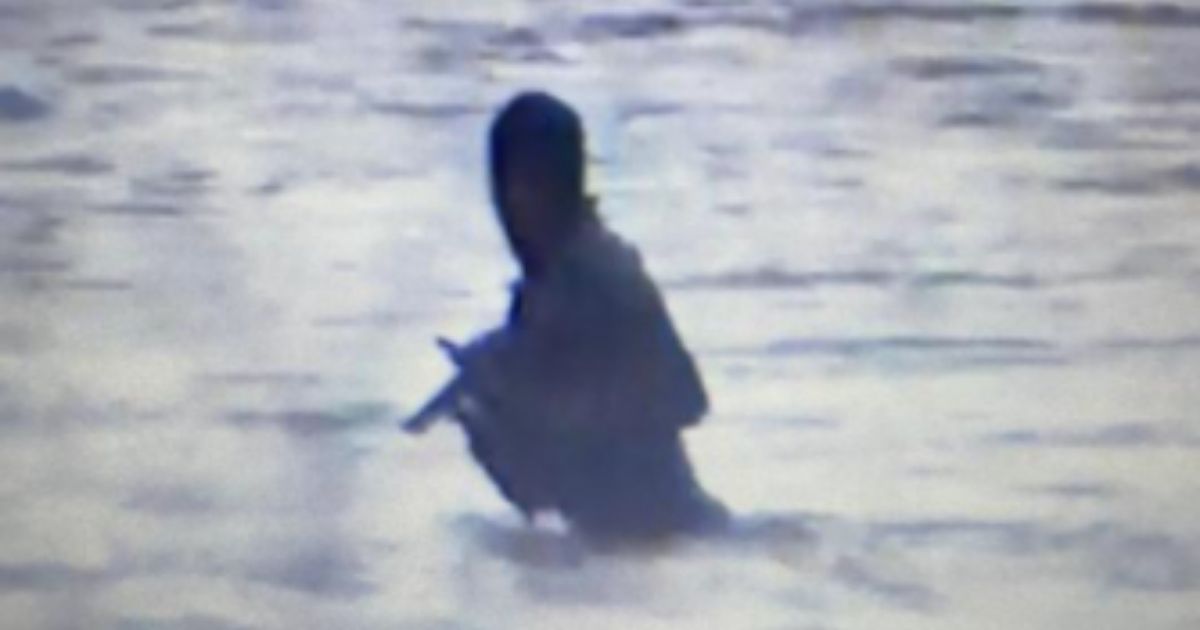 The following article, Texas Border Patrol Agent Comes Face to Face with Armed Smugglers While Fishing with His Family, was first published on Flag And Cross.

Since April 2020 — and especially since the Biden administration took over in January — the U.S. has seen an alarming increase in illegal migrant apprehensions at the southern border.

According to Statista, the number of border apprehensions eight months into the 2021 fiscal year (roughly 900,000) has already surpassed the total for all of 2019, with no signs of alleviation.

For one off-duty Border Patrol agent, the crisis hit home on a personal level.

The agent was fishing with his family on Tuesday on a river near Laredo, Texas, when they encountered a group of armed smugglers who identified themselves as “federales,” according to a U.S. Customs and Border Protection news release.

The three men had entered the U.S. illegally. They were wearing camouflage and small backpacks, which authorities believe were filled with narcotics.

“The armed men were surprised and brandished their firearms as they returned to Mexico. Mexican authorities were notified,” he continued.

The unnamed man who encountered the “federales” was in plain clothes and did not identify himself as a Border Patrol agent. I fear what could have happened had the smugglers known.

This incident comes to light against a backdrop of almost shocking ineptitude and inaction on the part of the Biden administration.

When apprehensions surged in 2019, then-President Donald Trump actually did something about it — only for his successor to quickly undo his tough border policies.

Vice President Kamala Harris, whom President Joe Biden appointed as his “border czar,” has been gallivanting around Central America and blaming the crisis on everything from climate change to violence against LGBT people. She deliberately avoided a visit to the border itself for months.

When she finally did visit the border on Friday, she went to El Paso, hundreds of miles away from the heart of the crisis in the Rio Grande Valley.

I suppose when I visit the Rio Grande Valley next week and attend the town hall led by Trump and Texas Gov. Greg Abbott, I will have singlehandedly done more to get to the bottom of the border crisis than Harris has done in months.

That might not even be much of an exaggeration.

Not everyone apprehended at the border is a bad person. Far from it. Many, arguably most, are simply fleeing harsh conditions and corrupt governments in favor of the greatest country in the world.

But those crossing the border with ill intent, like the “federales,” must be stopped. This is why a strong border is so essential — something Biden appears to have either forgotten or intentionally dismissed.

The Obama-Biden platform in 2008 declared that they would “support additional personnel, infrastructure, and technology on the border and at ports of entry,” according to The New York Times.

Obviously, that was a lie, but at least then our leaders outwardly acknowledged the importance of a secure border. Now, we don’t even have that.