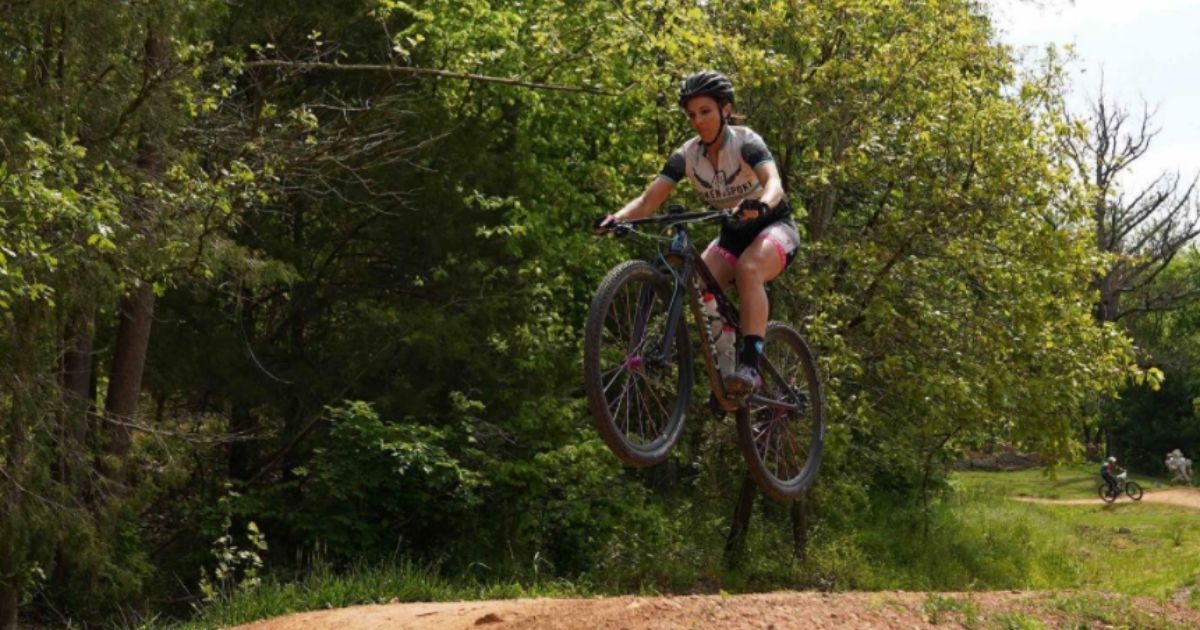 I just know I’ve fallen asleep and that when I wake up, this transgender madness will be over and sanity will be restored.

The fight for transgender rights is frankly growing very tiresome. It’s one thing to stand against discrimination in education and employment for these individuals, but we need to draw the line when it comes to women’s sports.

Everyday, we hear a new story about a female athlete who has lost a race, a title or a scholarship to a man who identifies as a woman. This new trend has infected athletic events from the high school level to the Olympics.

Mediocre at best in contests against other actual men, transgenders are finding glory in competitions with women. No matter how many testosterone-lowering drugs a man takes, he will always outperform a woman.

At this rate, women’s sports will become a fond memory, a casualty of the Woketopia the left has worked so feverishly to create. There will be two categories: men’s and trans.

Previously undefeated female mountain bike champion Leia Schneeberger spoke to Fox News’ Laura Ingraham on Friday about losing the top spot to a transgender competitor. Her unconcealed frustration and anguish were clear to all.

Schneeberger, who lives in Wisconsin and has been participating in cycling competitions throughout the Midwest for years, told Ingraham, “Women are losing out on thousands of dollars of prize money, podium spots. This is happening now.”

“‘It’s so unbelievably unfair that this is happening.”

“People are afraid to speak out,” Ingraham said. “I bet if you did a secret poll — anonymous — I bet this would poll at 90 percent, at least, of people responding are against this. Probably 98 percent of women, against it. But they’re all afraid — they’re afraid of being canceled, correct?”

“Everybody is silencing these women. They’re afraid of being bullied and being called names online. And it’s just not right. They’re forced to stand on the podium and smile and act like it’s okay to get beat by someone with an unfair advantage.”

“We finally have the opportunity to benefit financially from being successful in sports and now, it’s slipping away,” Schneeberger added.

Ingraham noted that retired NFL player Brett Favre previously came out against transgenders competing in women’s sports. She highlighted a comment he’d made in a discussion about New Zealand weightlifter and biological male, Laurel Hubbard, who will be competing as a woman in the Olympics.

The Hill quoted Favre’s reaction: “Males cannot compete against females … If I was a true female … and I was competing in weightlifting and lost to this person, I would be beside myself.”

While it’s nice to hear Favre speak out, Ingraham said, “We need athletes currently in the fight — to qualify for the Olympics or to get endorsement deals in professional sports — for them to speak out. Why wouldn’t the WNBA just be taken over by male athletes?”

“I don’t need science to know that no matter how many hormones you would give LeBron James, that he would still dunk over every single female in the world. This idea that you can suppress hormones and make it a fair playing field is — it doesn’t make any sense,” Schneeberger said.

“This is the destruction of women’s sports,” Ingraham lamented. “I hope everybody’s happy now. I hope they can stand up and applaud, take a bow. You’re killing women’s sports.”

Schneeberger responded, “These girls — playing their hearts out, working so hard with this goal to be able to go to college and get a scholarship playing the sport that they love, because you know what, they identify as competitive athletes — and all of the sudden, they lose their spot on the team or they don’t get the scholarship because a transgender female comes in and takes it from them.

“Because they have an unfair advantage. I mean I can train 20 hours a week, but I can’t train my body to be a biological man’s.”

As this rate, there will be men's sports and trans' sports. Women's sport competitions will become a fond memory.

Competitive mountain bike racer was undefeated until she lost to a transgender competitor https://t.co/bOIMsru6K0

It defies logic that those who voice their frustration over men’s participation in women’s sports would be called bigots.

Is there a solution to this madness? What will it take to prevent men from dominating women’s sports?

This insanity will end when enough members of the new Woketopia experience the pain and injustice of losing to a transgender athlete firsthand, either personally or through a child.

My son was a rower in high school. I traveled with him to sporting events around the country and I’ve seen how wrapped up parents become in their child’s victory.

And the higher the level of competition — for example, a state or national championship — the more invested parents are in the outcome. For that brief moment in time, all that matters in the world is your child’s victory.

Victories were always exhilarating. The defeats were always agony and, it appeared to me, may have been taken harder by the parents than the students.

It is only when enough parents have watched their daughters lose a coveted victory or scholarship to a transgender athlete, that this farce will end.

This would end quickly if at every agenda where this happens, the true females ALL refuse to compete. Just walk off in front of the cameras. It wouldn’t take long before it would be shut down. Who would pay attention to some fake female losers – who would definitely lose if competing against other men – competed only against each other? It would help if anyone who would normally be a spectator at these events just didn’t show up. Stayed home. Yes, it would be sad for the women who decided to compete anyway, but since they know they would… Read more »

The only way to stop this nonsense and the destruction of women’s sports is for women athletes to refuse to compete against “transgender” males during sporting events and if a male is made part of a woman’s team then all of the women should quit the team. I realize that this asking a lot from female athletes who train long and hard for a spot on the team and possible scholarships to attend college but it will be the males who get the spots and the scholarships so female athletes are not really losing anything. The inconvenient fact is that… Read more »

I agree… they need to create a Transgender category for them… this is just wrong putting then in the female category… They are NOT biologically females… they are males.. so either they compete against other males or they form a transgender category… FAKE females should NOT be competing against REAL females… It is ufair and it is basically stealing the rights of the females to compete for prizes, for scholarships….More females in sports need to stand up and fight this

If you are going to compete against Women in Women’s Sports, you should have your Testicles and Penis removed!