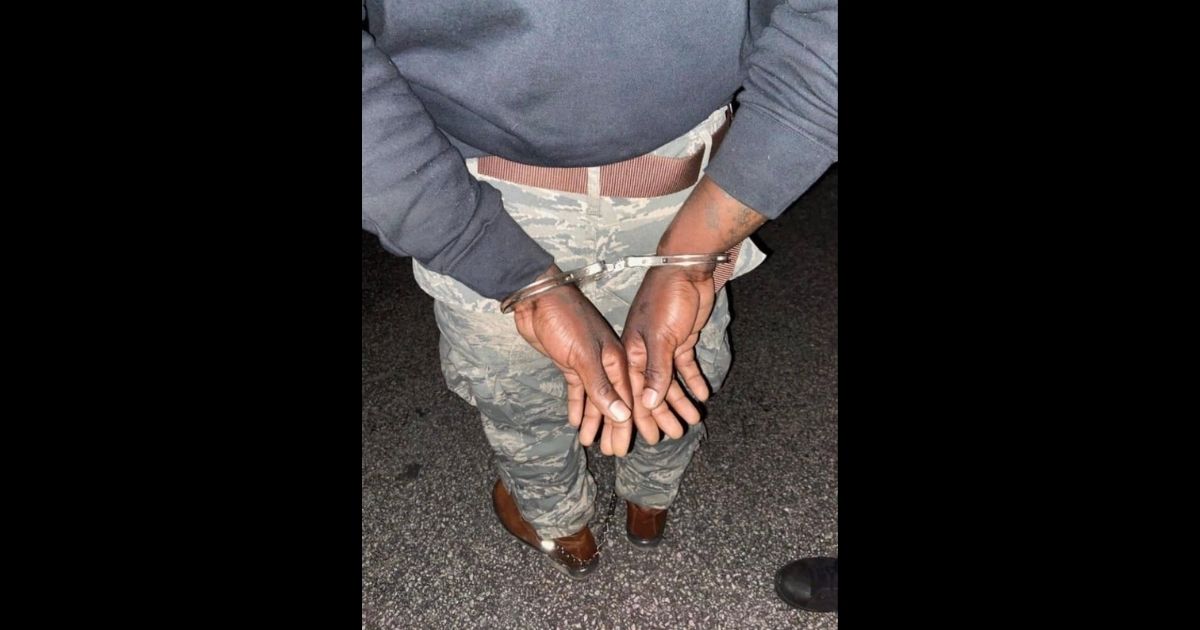 The following article, Manhunt for Cop Shooter Ends at Black Nationalist Encampment, Suspect and Four Others Were Armed to the Teeth, was first published on Flag And Cross.

The man who is accused of shooting a Daytona Beach police officer in the head on Wednesday was captured early Saturday in Georgia.

Police said Othal Wallace was hiding out in a treehouse on land affiliated with a black nationalist paramilitary organization.

Although Wallace had an arsenal with him when arrested, he was taken into custody without injuries.

Wallace is accused of shooting Daytona Beach police officer Jason Raynor in the head. He faces a charge of attempted first-degree murder of a law enforcement officer.

Daytona Beach Police Chief Jakari Young said a task force of collaborating police agencies arrested Wallace at about 2:30 a.m. Saturday on land affiliated with a group calling itself the “Not F-ing Around Coalition” in DeKalb County, Georgia, according to the Daytona Beach News-Journal.

Multiple weapons were also recovered, he said. Several other people were at the site when the arrest was made he said.

Young said Wallace was full of bravado upon his arrest.

“‘You guys know who I am. You know what I’m capable of and it could have been a lot worse,'” Young quoted Wallace as saying.

Young said Raynor’s family was told about the arrest.

“As you can imagine there was a huge sigh of relief,” Young said. “And I’m hoping they can get a few hours of sleep finally. Now they can just solely focus on Officer Raynor and his recovery.”

Young credited timing and surveillance and technology for the peaceful arrest despite Wallace’s cache of weapons.

“There were very positive signs of improvement,” Young said. “He still has a ways to go. But basically from his condition right now they feel comfortable moving forward with more testing because they’ve determined that he’s now strong enough to endure more testing.

“As of right now his outlook, it is improving. It’s a positive one,” Young added. “But we are just going to continue to pray that he continues to heal.”

“Our families worry about us just like anybody’s family members would but for them to just consistently stay at it and stay out here in these uncertain conditions, not knowing exactly where he was and who was working with him,” Young said. “But they never gave up. They stayed in  the fight and again I’m just extremely proud of all of them.”

A profile on the NFAC in the Atlantic it said the group “has a militarylike structure, fields an army of hundreds of heavily armed men and women, subscribes to esoteric racist doctrines, opposes Black Lives Matter, and follows a leader who thinks we live in a period of apocalyptic tribulation signaled by the movements of celestial bodies. Its modus operandi is to deploy a more fearsome Black militia wherever white militias dare to appear.”

In an interview, the leader of the group, who goes by the name of Grandmaster Jay and whose real name is John Fitzgerald Johnson, called laws “just paper” and said the Black Lives Matter movement is too tame for his taste.

His goal, he said, is to rally all black gun owners to his cause.

“If I assemble 1 million legal guns, I have the fifth-largest ground army on the planet. I think that’s a pretty significant indication,” he said.

Continue reading: Manhunt for Cop Shooter Ends at Black Nationalist Encampment, Suspect and Four Others Were Armed to the Teeth ...