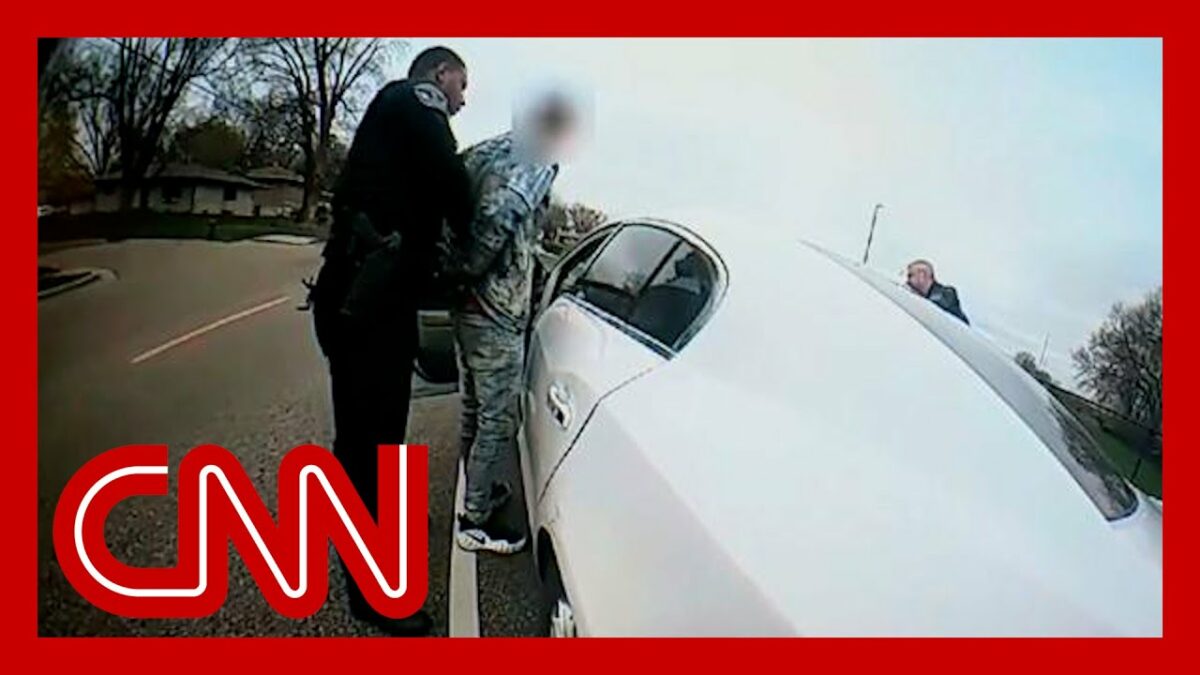 The following article, Daunte Wright Prosecutor Opens Up About Horrifying State of Justice System, Why He Resigned, was first published on Flag And Cross.

As the Black Lives Matter movement gained steam last summer, the left insisted its main objective was achieving justice. But the actions of activists have suggested they do not care about justice at all.

This was painfully apparent during the trial of former Minneapolis police officer Derek Chauvin.

In an Op-Ed for Newsweek in March, Davidson College professor Isaac Bailey declared Chauvin a murderer before he even stood trial.

“My morality, my sense of right and wrong, will never be determined by 12 men and women in a jury box and a judge in a black robe,” he wrote. “That’s why I don’t need the permission of a jury to call what Chauvin did murder.”

As justification for these comments, Bailey cited the death of Emmett Till, who was murdered in Mississippi in 1955. His killers were not convicted due to legitimate racism in the justice system.

Clearly, that kind of racism no longer exists in the courts. Bailey attempts to use a miscarriage of justice over 60 years ago to argue against due process in 2021.

Of course, Bailey assures his readers he is not really against due process. He says he’d have to be a “fool” not to understand how important the justice system is.

“It’s just that I know due process doesn’t always lead to justice, especially for people who look like me,” he adds.

If Bailey believes that an unjust ruling in 1955 should indict the current American justice system, he does not actually understand due process.

Sadly, this misunderstanding of the justice system has become mainstream, especially on the left. The idea that Chauvin was guilty regardless of the jury’s decision was pushed by many BLM activists.

So when Daunte Wright was killed by another Minnesota police officer in April, progressives seized on the opportunity to once again accuse police of murdering a black man.

Body camera footage clearly showed officer Kim Potter yelling, “Taser,” but pulling her gun instead. She shot Wright apparently by accident, and she expressed horror when she realized what she had done.

This seemed to be the appropriate course of action — Potter clearly caused Wright’s death, but it did not in any way appear to be a malicious or purposeful action.

Imran Ali, the office’s assistant criminal division chief, was initially tapped as the lead prosecutor on the case.

But the manslaughter charge was not enough for BLM activists, who wanted Potter charged with murder despite the complete lack of evidence. Their cries eventually led Minnesota Attorney General Keith Ellison’s office to take over prosecution on the case.

Days later, Ali resigned from the Washington County Attorney’s Office. In an interview after his resignation, Ali raised serious concerns about the state of the American justice system.

“Our criminal justice system is almost at siege,” he told KMSP-TV. “It’s eroding — the very basis of equal protection for all, due process.”

Ali added that a range of outside influences, including activists spreading misinformation and pushing for steeper charges, convinced him to step down. He said it was not the first time he had experienced these issues.

“It wasn’t just this case,” Ali said. “It was the previous years, the cases that I’ve seen, everything that’s been going on.

“Do I think there needs to be reform? Absolutely. Do I think that we need to do things better? Of course. But this intimidation — I had a front row seat.”

That should be concerning to any American who actually cares about justice. Our system relies upon attorneys, juries and judges gathering facts and making decisions based on the evidence.

It should never involve outside “intimidation” from people pushing an agenda.

Ali was able to find a new job training police officers at a law firm in Stillwater, Minnesota, according to Fox News.

But the story may have a different ending for the justice system as a whole. We need to pray for truth and seek accountability for those who wish to destroy the foundations of civil society.

Even amid the turmoil, Ali is hopeful Minnesotans will persevere.

“I hope our state heals,” he said. “I know it’s in a deep divide right now, and I’m confident that we’re going to get through this.”

For justice to survive, it is not just the state of Minnesota but the entire country that needs healing.

Continue reading: Daunte Wright Prosecutor Opens Up About Horrifying State of Justice System, Why He Resigned ...