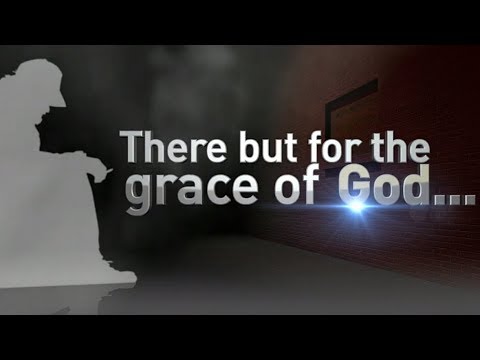 As anyone who has ever fallen prey to their vices knows, no sin in this life can render people beyond redemption if they genuinely seek it.

Reporting for WGXA-TV, news anchor Eric Johnson detailed the story of Ginny Burton, a recovering addict who worked hard to turn her life around.

Burton’s decision to take the road that led to healing and forgiveness may have come with many challenges.

But choosing to take this path instead of continuing to follow the more destructive one enabled her to undergo a transformation — one that allowed Burton to realize her worth and lead a better lifestyle.

Johnson first met Burton when he was gathering footage on the streets of Seattle for his 2019 documentary “There but for The Grace of God,” which centered around the homeless crisis in multiple cities throughout the country.

As he searched for stories of “broken people” seeking refuge, the reporter entered the Lazarus Day Center, a men’s shelter run by Catholic Community Services. Burton was working there at the time, and she answered Johnson’s questions about homelessness and how it relates to addiction struggles.

While the interaction was brief, the reporter sensed there was another story to be gained by talking with Burton again.

Still, it would be another two years before Johnson reconnected with her while working on another project. Even though the woman no longer worked at the men’s shelter, a staff member acquainted with her reached out and informed Burton that the reporter was looking for her.

Eventually, Burton contacted Johnson, confirming his suspicions that she was holding onto a story that needed to be told.

Burton’s mother, a drug addict and dealer, exposed her daughter to marijuana at the tender age of 6. By the time she was a preteen, Burton was using other drugs, such as methamphetamines and crack cocaine, and her addictions only grew by the time she was a young adult and started using heroin.

“The pictures of Ginny in those days tell the story of a young woman who was reeling out of control, a swirling, churning blur of chaos and self-destruction,” Johnson reported.

“Jail cells, guys that hit her, self-loathing, criminal behavior. She stole cars. She shot somebody. Her children were taken away. And drugs. Always, there were drugs.”

Every time Burton found herself in prison, she told herself it was time to get clean and pursue a new lifestyle. Unfortunately, each time the woman thought she was free, the heavy chain of her addictions dragged her back down.

It was not until after she was rearrested in 2012, following her last 33-month stint in prison in 2008, when Burton asked to be placed into the Drug Diversion Court program. It seems the treatment program through the Regional Justice Center was what she needed, as it helped her remain clean.

In addition to performing social service work for the Post Prison Education Program, the former addict pursued higher education in political science. After making the all-academic team at the University of Washington and being named the state’s 2020 Truman Scholar, Burton discovered the hidden potentials lying dormant within her all along.

The woman in the first photo looked “sad and strung out,” while the Burton in the graduation photo looked “happy and beautiful and proud and full of bright, endless possibilities.”

An amazing story of redemption: Ginny Burton went from a drug addict to a University of Washington graduate. At 5pm how her story is inspiring everyone, including police officers. @KIRO7Seattle @BvuePD @UW pic.twitter.com/RqCsiJsihv

On top of the academic achievements, there was also good news in the former addict’s personal life.

Burton and her husband Chris, who is also a former addict, reconciled their relationship after his release from prison. For Chris, his wife’s commitment to rebuilding her life and helping people like her succeed is inspiring.

“I see a lot of the things behind the scenes, the hard work she puts in, the passion, her fire,” he said.

If anything, Burton is living proof that it is never too late to take control and use one’s past struggles to serve others faced with similar hardships. It seems the former addict knows this, as she made her compassionate mission clear in the discussion with Johnson.

“My story isn’t an accident,” Burton said. “I think it will be used for everybody else. Maybe I can be some kind of Pied Piper, to help people recover their own lives.”

“That’s what I care about. There are some days that I wish I could just slip away here, with a garden, and open up a little cafe. But in reality I know it’s my job to continue to create hope.”