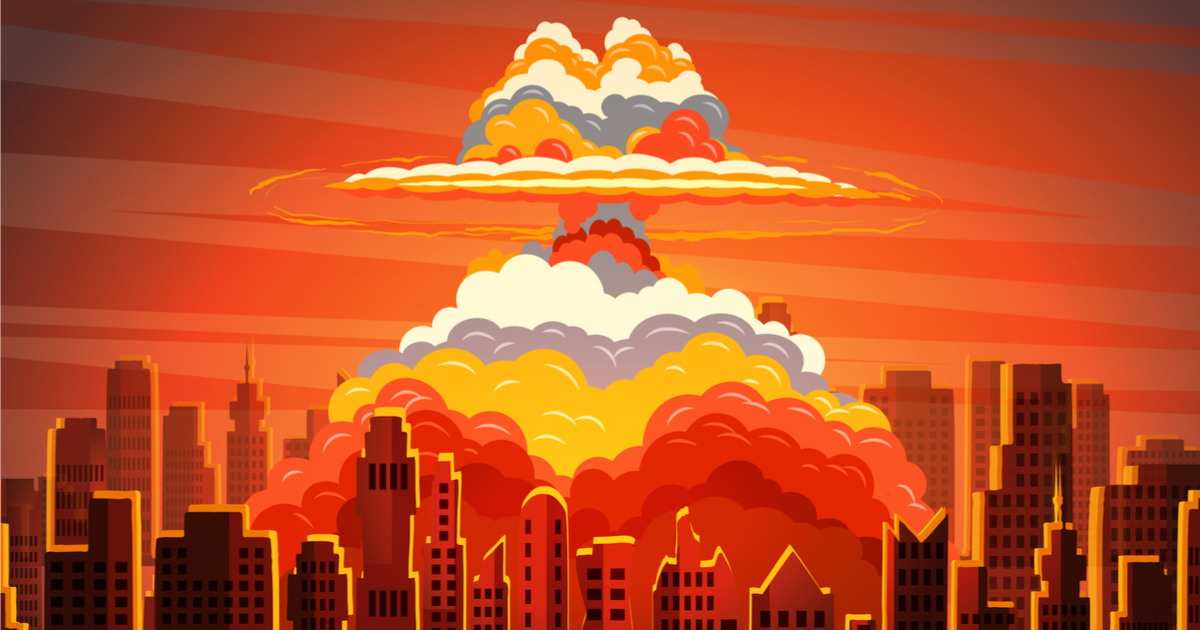 The following article, Why Do Dems Keep Threatening To Nuke Gun Owners?, was first published on Flag And Cross.

There were many frightening parts of Biden’s crime speech, during which he seemed more feeble than ever. Perhaps the most frightening part of the text is that the man with his finger on “the button” threatened to nuke American citizens. His threat echoed the one made by his buddy Eric Swalwell (D-CA). Swalwell threatened to nuke Americans who didn’t want their guns confiscated. nuke the gun owners

Speaking to Sean Hannity about President Biden’s Wednesday speech about crime, Senator John Kennedy (R-LA) said, ““Whoever is advising the president on crime, and I don’t know who it is, but whoever it is, his Secret Service name ought to be ‘Butthead.'” The senator was too kind.

Biden was addressing (or trying to address) the fact that crime, especially violent crime, is way up

Any guesses of what these cities have in common?

In addition to having some elected officials that don’t do their jobs, the leadership in all of these cities turned the keys over to the “Defund the Police” mob. pic.twitter.com/rF5QLskXqE

The President believes he has figured out what is behind the rapid crime increase. No, it has nothing to do with the defunding the police movement or cops quitting because of lack of support from the leadership of their municipalities, a lack of support that causes the remaining police officers to back away from confronting criminals to keep their jobs. It has nothing to do with no bail laws or D.A.s not prosecuting crimes, or even the weak political leadership afraid to confront BLM and Antifa that are still rioting in some cities such as Portland.

NO, Joe Biden doesn’t believe it has anything to do with those issues–the crime wave is caused by guns. And those gun owners want to overthrow the government, according to Biden:

The Second Amendment, from the day it was passed, limited the type of people who could own a gun and what type of weapon you could own. You couldn’t buy a cannon.

BIDEN: "Those who say the blood of Patriots, you know, and all the stuff about how we’re gonna have to move against the government.”

"If you think you need to have weapons to take on the government, you need F-15s and maybe some nuclear weapons."pic.twitter.com/WVHUffpphP

Remember in the movie Toy Story after the humans leave the room, the toys come alive and take on human qualities? By ignoring the real cause and focusing on guns, Biden was implying that the same thing happens with firearms. When humans leave the room, guns go out and commit crimes on their own. But this wasn’t a cartoon. It was real life, and the President threatened the American people (and discussed deer wearing kevlar vests).

With his nuclear threat, Dementia Joe was echoing his good friend Eric Swalwell. During a 2018 Twitter dialogue on gun confiscation, Swalwell tweeted the following in response to a tweet angry about Swalwell’s “confiscation” threat. After one tweet promised to fight back against any attempt to confiscate guns, the California Democrat threatened to nuke the gun owners.

What is it with Democrats? Why do they threaten American citizens who believe in the Second Amendment with a nuclear attack?

The Second Amendment wasn’t created because the Founders thought local groups of armed citizens could prevail in combat against the full resources of the Federal government. Even in a world without AR-15s, nukes, and tanks, the Founders didn’t expect that. Part of their reason for the Amendment (there were many) was that armed citizens would deter government excesses. The cost of trying to ram through overreach on an armed people would be too high, and the federal government would rarely if ever, be willing to start that fight.

But the Democrats seem to be willing to start that fight…with nuclear weapons.

Why ?? Because they can. Nothing of merit has been done to stop them.

At the end, when America is forced into the civil war these dems/liberals seem to be reaching for, it will be these un-American politicians that will be looking for Sadam’s spider-hole. Didn’t do him any good either.