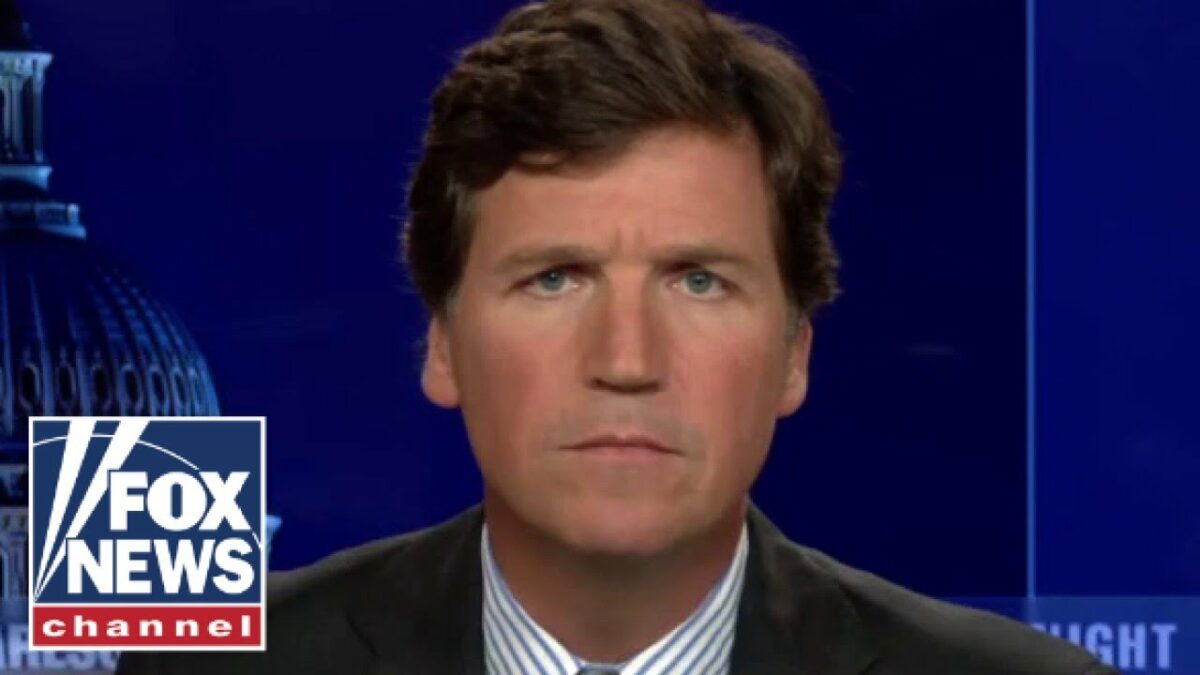 Tucker Carlson has a question for Joint Chiefs of Staff Chairman Gen. Mark Milley: How do you catch “white rage”?

In case you missed it, Milley went viral for his answer during a House hearing Wednesday on the military’s diversity training, becoming an instant hero to the left and a source of confusion to everyone else.

“So what is it that caused thousands of people to assault this building and try to overturn the Constitution of the United States of America? What caused that?” he said, referencing the Jan. 6 Capitol incursion.

“I want to find that out, I want to maintain an open mind here and I do want to analyze it. It’s important that we understand that because our soldiers, airmen, sailors, Marines come from the American people, so it is important that the leaders now and in the future do understand it.”

Here’s Dan Rather, false-document-peddler-turned-#TheResistance-hero, praising Milley for “unflinching” remarks rebutting “all those who are politicizing studies of race and injustice.”

Please stop for a moment and watch this, with the sound on. Share with others. An unflinching rebuttal to all those who are politicizing studies of race and injustice courtesy of Mark Milley, the chairman of the Joint Chiefs of Staff.
pic.twitter.com/soPrM89hy4

Milley also defended critical race theory — the Marxist-influenced school of thought that argues America was founded on a base of “systemic racism” — by saying, in part, that he reads Marxists as part of his education, but that doesn’t mean he is one.

“So what is wrong with understanding, having some situational understanding about the country for which we are here to defend? And I personally find it offensive that we are accusing the United States military, our general officers, our commissioned, our noncommissioned officers, of being ‘woke.'”

Addressing Milley’s remarks on his Fox News show Thursday, Carlson said Milley was “not just a pig, he’s stupid” — and what he was willing to read to find out about “white rage” said everything about how seriously he was taking it.

“Why not? Go to the source. Well, because Mark Milley would be fired instantly if he read those books, and getting fired is the one thing he doesn’t want.”

And the problem, Carlson said, was that people like Milley read “about white rage as if it’s totally real. It’s a medical condition.”

At the top of his commentary, Carlson noted the similarity between academics’ obsession with the construct of “whiteness” and another pseudoscientific medical condition borne out of racism.

“In 1851, a man called Samuel Cartwright came up with a fairly sophisticated scientific explanation for why so many slaves were running away from plantations in the American South,” Carlson said.

“These fugitive slaves, Cartwright explained, were suffering from a medical disorder. It was called ‘drapetomania.’ It was a syndrome characterized by an ‘uncontrollable or insane impulsion to wander.’

“So that was the problem. It wasn’t that they disliked being enslaved, or yearned for freedom and basic humanity. No, no, no. The problem, according to Samuel Cartwright, was that black people as a group were inherently defective. They were drapetomaniacs. They were always running away.”

Now, he said, “our medical professionals and law professors and military leaders and politicians and cable news hosts have identified a new disorder they claim explains everything bad. It’s called ‘whiteness.'”

Milley, to Carlson, is merely a man who understands what time it is. Instead, it’s because “he is obsequious. He knows who to suck up to and he’s more than happy to do it. Feed him a script and he will read it.”

So, about the neo-drapetomania that is “white rage”: “And by the way, since it’s a medical condition, at what age can you catch white rage?” Carlson asked.

“Most of us assume that our 2-year-olds were just teething. Now we know it’s their whiteness that’s making them so angry. Thanks, Mark Milley. We appreciate your contribution to our generation’s scientific racism.

“By the way, have you read anything recently about winning wars? Apparently not.”

This is the root issue with what’s come to be known as Biden’s woke military: The Armed Forces aren’t a tool of social engineering.

This is far more critical than any other area under the Biden administration’s purview. If the Department of Agriculture wants to spend resources stopping the misgendering of bull-identifying cows, that’s stupid — but in the end, it does nothing but waste our money and hand Tucker Carlson something for tomorrow night’s monologue.

The military, on the other hand, is tasked with protecting the United States, its allies and its foreign policy prerogatives at home and abroad. Milley, the top-ranking military officer in the United States, defending critical race theory, a worldview that posits the tree of American liberty is rotted out and rooted in the soil of racism.

He’s defending, essentially, a theory that states America isn’t worth defending. And he’s defending you and me. Sleep well tonight.