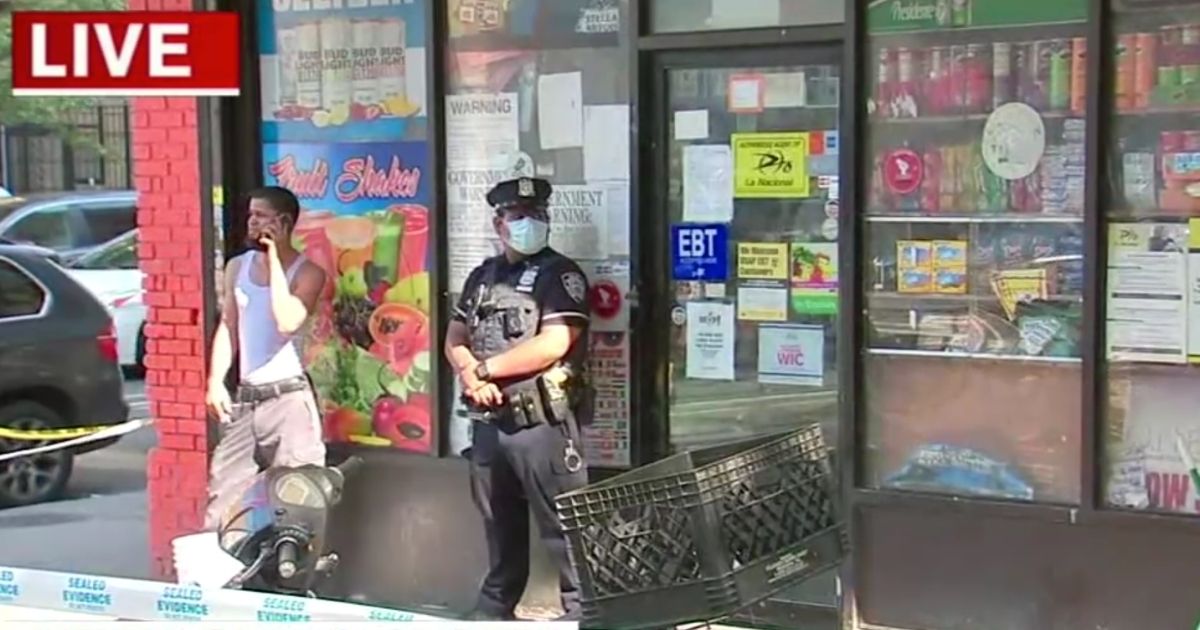 The following article, Off-Duty Cop Brutally Assaulted by Group, Investigators Warn Attack Was 'Not Random', was first published on Flag And Cross.

I was briefly in New York City about two weeks ago.

Although I didn’t see much besides the immediate vicinity of Penn Station, I could tell that New York wasn’t the same, vibrant metropolis I remembered from my childhood visits.

The city had a grim, grungy undertone, and while I did not sense any immediate danger, I couldn’t really say I felt secure either.

It is undeniable that the city has seen an alarming increase in violence over the past couple of years, but what makes this new wave of violence so terrifying is that it is distinctly targeting two groups of people — those who cannot defend themselves and law enforcement.

One such attack occurred Monday.

According to WABC-TV, the incident took place at the intersection of Bryant Ave and Lafayette Ave in the Bronx. A 33-year-old off-duty officer reportedly got into an argument with several men, which quickly escalated into a violent confrontation.

Police say that there were at least six men in the group, and that one of them beat the officer with a large stick, possibly a baseball bat or a 2×4.

While witnesses noted that the officer was in plain clothes, meaning the group may not have realized he was a policeman, one New York Police Department official told WABC the attack was “not believed to be random,” and that the officer knew at least one of his attackers.

“It’s very much under investigation by the detective squad from the 41st precinct, and I’m also having the Internal Affairs Bureau looking at the entire incident to make sure there was nothing that shouldn’t be happening there with our officers,” Police Commissioner Dermot Shea said.

Personally, I find it hard to believe that if one of the attackers really knew the officer, he was unaware of his victim’s occupation.

Either way, the attack, as mentioned previously, is far from an isolated incident.

Back in April, a detective investigating a burglary was struck from behind with a large stick. The Detectives’ Endowment Association tweeted a video of the incident, along with a scathing statement that slammed the city for its lawlessness.

Even as our Detectives investigate crimes they’re attacked by emboldened criminals, who have quickly realized there are no consequences for law breakers in our city.

The DEA is calling for this violence to be fully prosecuted as we look to file civil charges. pic.twitter.com/3FuiBEEcE1

On June 15, another off-duty NYPD officer was slashed in the neck with a broken pair of scissors after a verbal altercation in the Union Square subway station. Thankfully, the officer was not seriously injured.

All in all, New York City has a serious violence problem — one that it needs to grapple with if it wants tourists and part-time residents to return. How can New Yorkers feel safe if their police officers keep getting attacked both on and off-duty?

The city government needs to get it together. Hopefully, whoever is elected as the city’s next mayor can help alleviate the crisis.