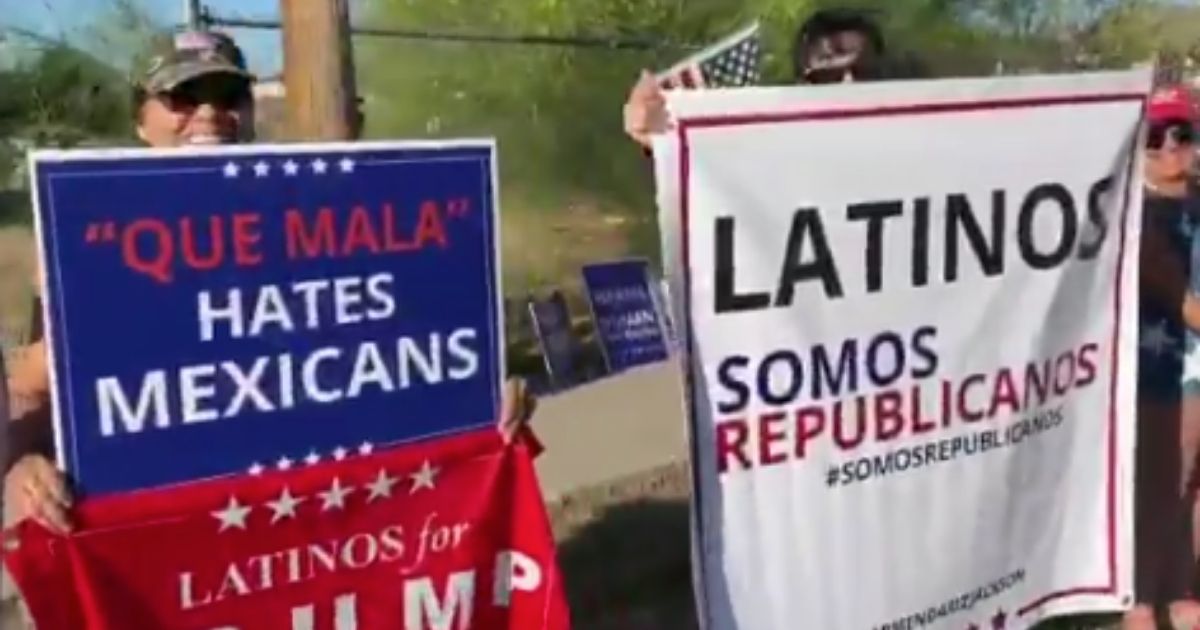 The following article, Latino Protesters Give Kamala a Hostile Reception as She Arrives Near Border: 'You Came a Little Too Late', was first published on Flag And Cross.

Vice President Kamala Harris did not receive the warm reception she was most likely expecting when she finally visited the U.S.-Mexico border on Friday.

“Go home Kamala” and “Viva Trump!” were some of the chants uttered by protesters that could be heard over whistling.

VP Harris has arrived. Not the welcome I think she was expecting. “Que-Mala! we don’t want you here!” were some of the chants by this Hispanic/Latino organized group. pic.twitter.com/ZbG8UFozj7

Former congressional candidate Irene Armendariz-Jackson joined the protesters with a message for Harris.

“Kamala, you came a little too late. We have had this crisis for years,” she told Informed with Anthony.

“We need solutions, we don’t need you parading in the Border Patrol station or acting like you care.”

WARNING: The following video contains images of vulgar language that some readers may find offensive:

Harris was accompanied by Homeland Security Secretary Alejandro Mayorkas on her first trip to the border since assuming office.

Harris was tasked by President Joe Biden more than three months ago to lead the nation’s response to the “root causes” of the immigration surge, but failed to visit the border until now.

She was set to visit a processing center and Border Patrol facility in El Paso to receive an operational briefing, according to Fox News.

When asked by Fox News reporter Peter Doocy why it took so long for her to make her first trip to the border, she responded that it wasn’t her first trip.

Harris has been criticized by both Democrats and Republicans for failing to visit the border. Texas Democratic Rep. Henry Cueller said that while visiting El Paso was a good “first step,” it wouldn’t give the vice president the full picture of the situation at the border.

“If you look at the numbers that are down there compared to El Paso, you are not going to get a true picture of what’s happening,” he said, according to CNS News.

Continue reading: Latino Protesters Give Kamala a Hostile Reception as She Arrives Near Border: 'You Came a Little Too Late' ...