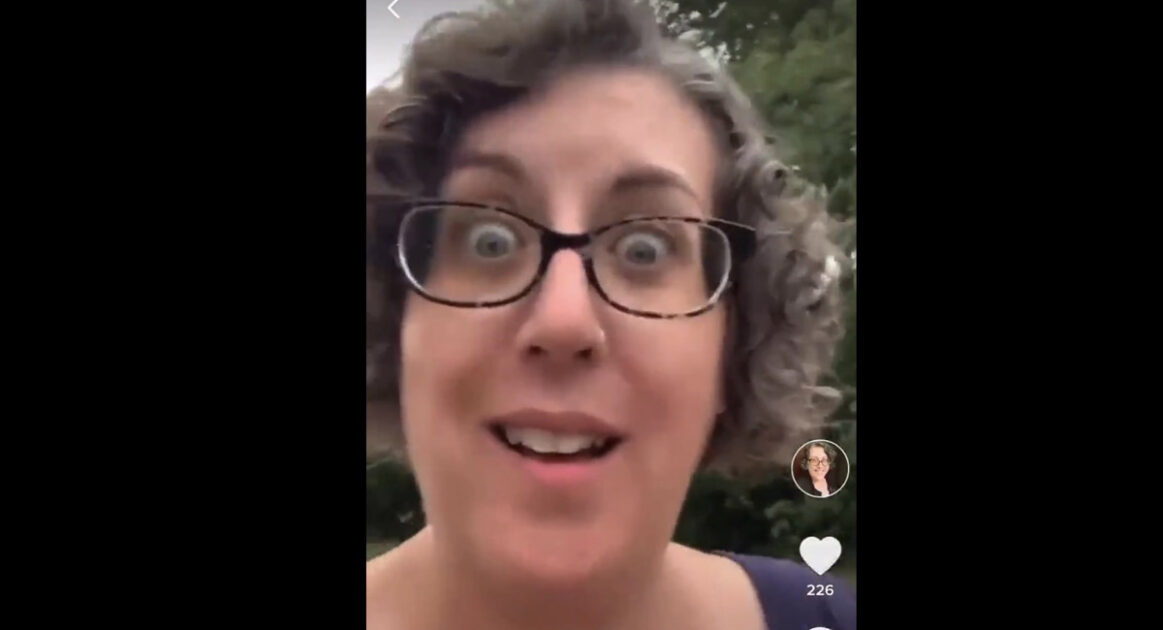 The following article, Iowa School Teacher Says Americans are Racist and Wants the Pledge of Allegiance Canceled, was first published on Flag And Cross.

Videos from Iowa high school teacher Megan Geha have gone viral after people were shocked with her claims that America is racist, and she wants the school to stop reciting the Pledge of Allegiance.

Geha, a special education teacher at Des Moines, Iowa’s East High School, posted the videos attacking people who oppose left-wing, anti-white Critical Race Theory (CRT) and complaining about having to recite the Pledge, among other issues.

On one of the videos, a clearly unhinged Geha can be seen carping about the recent law signed by Iowa Gov. Kim Reynolds (R) banning CRT in public schools.

“My governor has put into place some ridiculous legislation that many governors have put into place such as I can’t teach anything divisive, I can’t teach critical race theory, and I can’t teach about racial equity,” the out-of-breath woman screeches in one video. “So, teachers, in the past we’ve been activists, and after this shitshow of last year, we really need to stand up and do what’s right for our kids now. This is a call to action. We need to stand up and fight for our kids, because this is bullshit.”

In a second video, this anti-white, anti-American nut told viewers how much she hates the Pledge of Allegiance.

In another she crowed that she doesn’t have to tell students who she voted for because she festoons her classroom with extremist, left-wing signs and banners.

It’s clear, she added, that she has decided to “vote for whoever is on the side of fighting for human rights.”

So, here is a question for this hate-filled cretin: WHY do you think all these “undocumented” people are coming here, Mz Ghea? Is it because America is filled with hate and oppression for them? Hardly.

These are the scumbags our schools are infested with, America.

“Cancel” this un-American poor excuse for a ‘teacher’. Obviously a communist pretending to be a American.

I wouldn’t allow a child of mine in the same room with this repugnant “thing.”