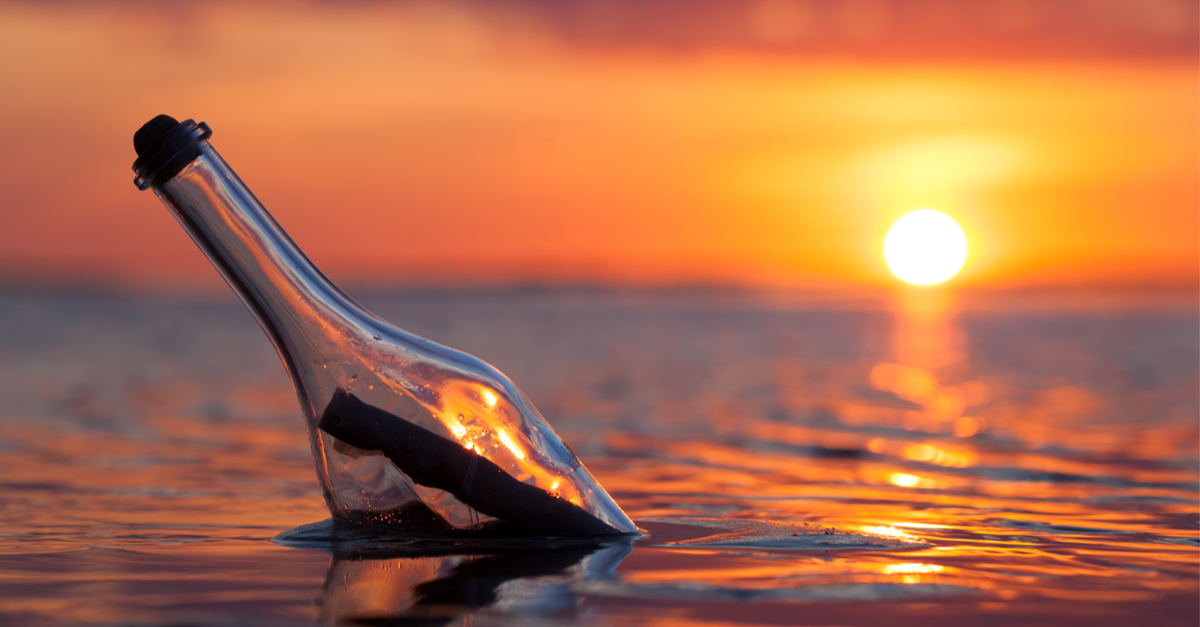 The following article, Century-Old Message in a Bottle Discovered and Delivered to Daughter of Recipient, was first published on Flag And Cross.

While the world around us may appear to be crumbling at times, with pandemics, wars, and the sort of wealth disparity that could foment a revolution in the offing, there are still moments in which our imaginations are pinged in such a way that the troubles around us melt away.

In Michigan this week, just such a story came to the surface…literally.

When boat captain Jennifer Dowker saw a small green bottle at the bottom of the Cheboygan River, she picked it up, thinking it might keep a prospective client interested in scuba diving.

Little did she know she had found something that would interest many more than just the one client.

Dowker is the owner of Nautical North Family Adventures, which runs shipwreck tours and scuba diving lessons in Cheboygan, Michigan. Last week, while she was cleaning the bottom of her glass-bottomed boat, the Yankee Sunshine, she found a message in a bottle dated 1926.

Dowker told Fox News that she finds a lot of glass bottles and even has a collection, though she had never found a message in a bottle until last week.

Even wilder:  Dowker was able to actually deliver the message to the daughter of the rightful recipient.

It said: “Will the person who finds this bottle, return this paper to George Morrow, Cheboygan, Michigan, and tell where it was found?”

Dowker said the name Morrow is fairly common to the area, so she figured if she posted a picture of the note and the bottle on Facebook, the letter-writer would be found in no time.

The note was dated from November 1926 and the writer, George Morrow, asked that the finder return the note to him.(Courtesy of Nautical North Family Adventures)

Dowker told Fox she got a call from a woman named Michele Primeau on Father’s Day. According to reports, Primeau’s father, George Morrow, died in 1995.

“She was really emotional,” Dowker said. “It’s pretty obvious that she is his daughter, because she has a diary that he had kept, so she had his handwriting sample and it’s typical of something her father would have done.”

Dowker went on, “Apparently, he put bottles in the water and put notes in walls…he was just sentimental like that.”

The story serves as a reminder that, for all the sorrow in the world today, a little whimsy can go a long way.

Continue reading: Century-Old Message in a Bottle Discovered and Delivered to Daughter of Recipient ...