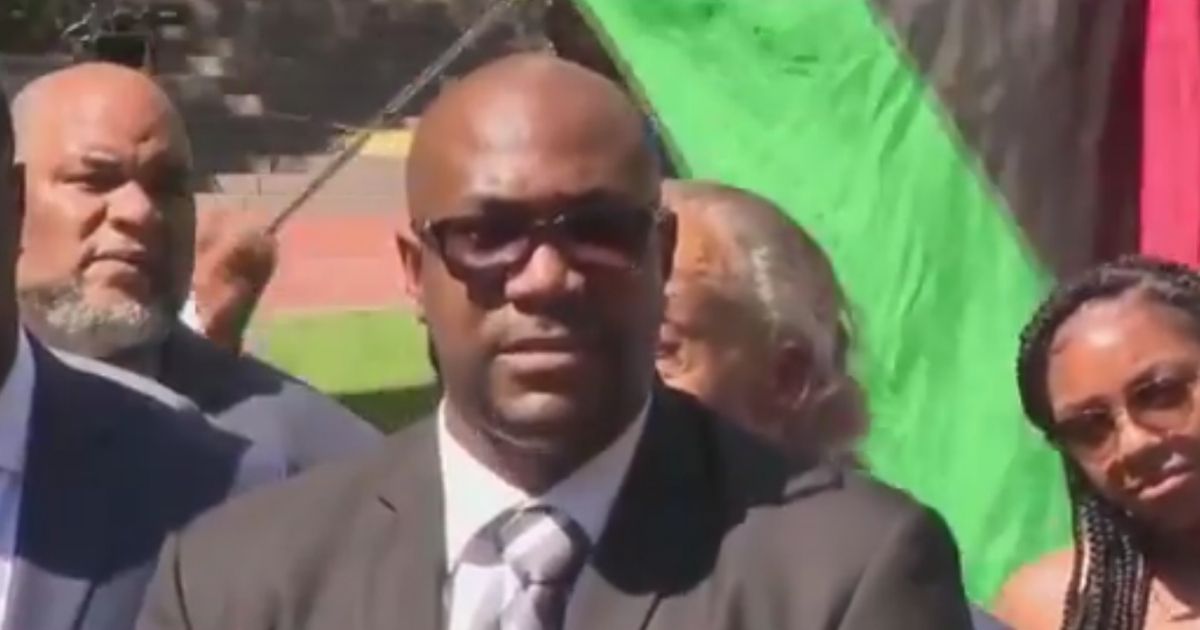 On Friday, former Minneapolis police officer Derek Chauvin was sentenced to 22 and a half years in prison for the murder of George Floyd. In response, Floyd’s brother made an admission that conservatives have been saying for months.

“I just want to reiterate: Not just black lives matter, all lives matter,” Philonise Floyd said to reporters after the sentencing.

Republicans have been making this argument for months. By promoting the phrase “black lives matter,” radical progressives are deepening the racial divide in America.

Once we admit that all lives matter regardless of race, we can truly begin to heal as a nation. Instead of engaging in identity politics, we can begin to see each other as equals who can live in the same country and respect one another.

Up until this point, leftists insisted the phrase “all lives matter” was inappropriate. They saw it as a direct shot at the BLM movement, which they felt was totally off-limits.

“Note that nobody was saying ‘All Lives Matter’ before 2013,” Prospect magazine wrote in July. “Rather, it’s a direct response to BLM, and has no life outside that.”

“And that’s a problem, because if BLM is understood as a commitment to urgently tackling the violence and brutality of anti-Black racism, then blurting that ‘All Lives Matter’ is at best, tangential, and at worst, a malevolent distraction.”

The magazine is correct about the phrase “all lives matter” being a response to BLM. However, it is completely mistaken in saying the phrase is “tangential” or “malevolent.”

The reason people felt the need to say “all lives matter” was to point out that the BLM movement was harming minority communities by isolating other races. No matter how many times leftists insisted they were not implying black lives mattered more than other lives, their actions told a different story.

“[T]he point of Black Lives Matter isn’t to suggest that black lives should be or are more important than all other lives,” Vox wrote in July 2016.

“Instead, it’s simply pointing out that black people’s lives are relatively undervalued in the US — and more likely to be ended by police — and the country needs to recognize that inequity to bring an end to it.”

First of all, there is no factual basis for the accusation that black lives are “more likely to be ended by police” than other lives. A June 2020 opinion article from the Wall Street Journal explained the percentage of black people killed by police was “less than what the black crime rate would predict.”

More importantly, as the BLM movement evolved between 2016 and 2021, leftists actually did act as if black lives were superior to others. When you loot a Target or burn down a city, you are essentially saying your life is more important than those who are harmed by your actions.

Philonise Floyd is hardly a conservative, but he somehow realized that the “all lives matter” argument was much more likely to succeed in the long term.

It could have to do with Chauvin’s sentencing, which represented a relative win for Floyd and the BLM crowd. Maybe that small victory allowed Floyd to gain some sort of big-picture understanding.

Then again, it could be that Floyd does not even believe what he said, or that it was a cynical attempt to gain support for police reform or some other priority.

There is no guarantee Floyd’s statement will represent a general change in the mindset of Americans who have been so outraged in recent years. But if we want to see healing, we can only hope and pray for more people to adopt this point of view.

What insanity! George Floyd wasn’t murdered, he died of a fentanyl overdose. Even if Chauvin was responsible – which he may not have been – for not getting medical assistance quickly enough, it certainly wasn’t murder – it was suicide. No one forced those drugs on Floyd – he took them himself. Any self-respecting doctor or ME could tell you Floyd died from respiratory arrest, due to the fentanyl in the drugs he took, if they weren’t total cowards, like the ME who handled the incident. Chauvin’s knee on his neck – taught to those officers in training as an… Read more »