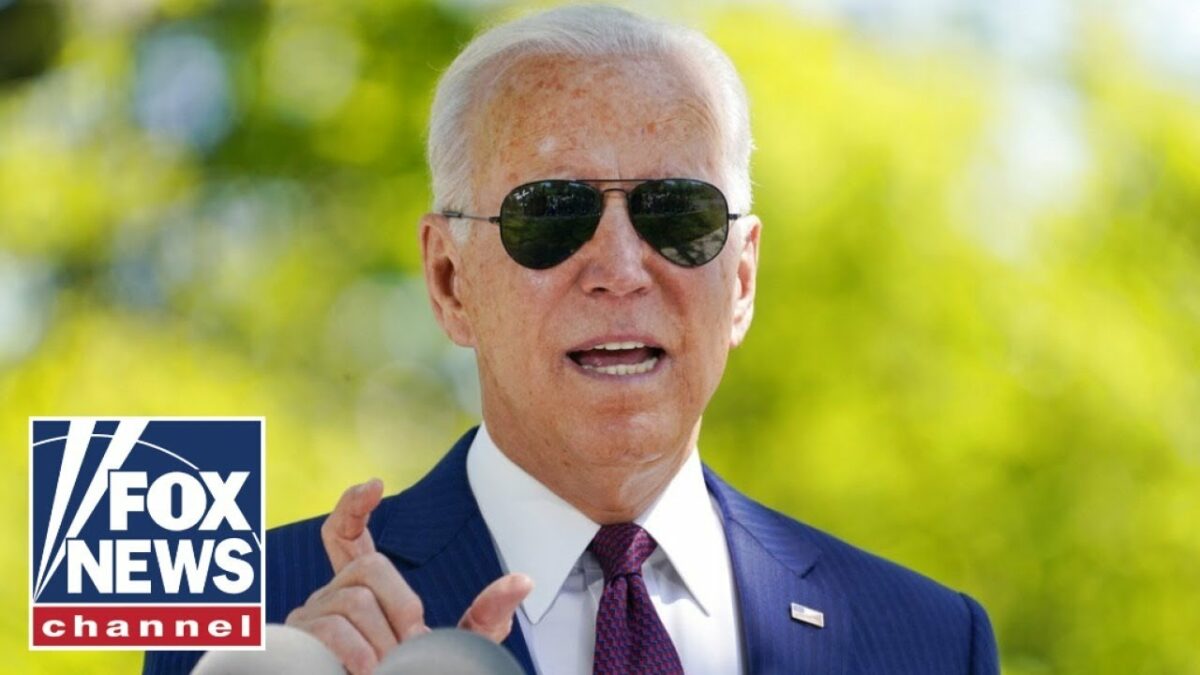 The following article, Biden Chuckles After Being Reminded to Mention Florida Tragedy, Thankfully DeSantis Is on Scene Doing All He Can, was first published on Flag And Cross.

In the early hours of Thursday morning, a portion of a shorefront condominium tower in the Miami suburb of Surfside, Florida, collapsed. The full extent of the tragedy isn’t known yet, but nearly a hundred people are missing.

And when President Joe Biden had to be reminded to mention it during an appearance at the White House later in the day, he got in a slight laugh before addressing the situation.

According to WPLG-TV, four people are dead and 99 unaccounted for as of Friday morning after part of the Champlain Towers South fell. Of the more than 130 units in the building, 55 collapsed. Rescuers had saved 102 people from the rubble as of 2 a.m. Friday.

A man who was near the building when it collapsed told WFOR-TV he “was walking with my brothers, we were walking our dog in the neighborhood, and basically we heard a really big rumble and we thought it was a motorcycle, you know, and we turned around and saw a cloud of dust just coming our way.

“We went rushing toward it with shirts over our faces and the security guard came out and we were, like, ‘What happened?’ and she said the building collapsed.”

Many political leaders spoke about the horrific event.

“It’s a dark and tragic day,” Florida Republican Sen. Marco Rubio said. “From it, we continue to pray for some miracles, and we are inspired by the men and women, the heroes, who are out there right now risking their lives to hopefully rescue people.”

“This is a tragedy without precedent in the United States of America,” Florida Democratic Rep. Debbie Wasserman Schultz said. “The devastation that I witnessed today is the likes of which I have never seen.”

If Biden runs again in 2024, here’s the man who could be his opponent, GOP Florida Gov. Ron DeSantis:

This couple has 5 family members still missing. DeSantis just spoke with them, and they embraced. @winknews pic.twitter.com/fYfwSqBfty

“We just toured around the complex to be able to see, and the TV doesn’t do it justice,” DeSantis said in a news conference, according to the South Florida Sun Sentinel. “I mean it is really, really traumatic to see the collapse of a massive structure like that.”

DeSantis signed an executive order declaring a state of emergency in Miami-Dade County, allowing federal aid and assistance to begin flowing in.

There’s a natural reaction to this: And? This is what you’re supposed to do as a politician when a tragedy like this happens under your purview — sign needed executive orders, comfort families whose relatives are unaccounted for, update the media. It’s an expected part of the job.

We contrast this with Biden, doing what you’re not supposed to do as a president:

Joe Biden laughs about needing to be reminded to address the tragedy in Florida pic.twitter.com/fZr0fqzDnC

Speaking at the White House on Thursday, Biden needed to be reminded of something by Vice President Kamala Harris — you can probably take a guess at what it was — as reporters yelled at him, asking for his reaction to the tragedy in Surfside.

According to a transcript from Rev.com, Biden went on to say that he’d “gotten in touch with FEMA” and that they were “ready to go” once DeSantis issued a state of emergency.

“I say to the people of Florida, whatever help you want, the federal government can provide,” Biden said. “We’re waiting. Just ask us. We’ll be there.”

Which is, again, what a president is supposed to do.

He isn’t supposed to have to be reminded to say this, however, by the media and his own vice president.

As for the chuckle, one understands Biden was celebrating one of the first bipartisan wins of the new administration, getting enough Republicans on board to support a somewhat more modest version of his infrastructure bill.

The Surfside condo collapse was the big news of the day, however, and it’s an event of a magnitude that a president has to be cognizant of it. Furthermore, this is something that should have been addressed at the top of Biden’s speech, not 28 minutes into it as the next-to-last thing he mentioned.

Again, these are potentially the two men who’ll be running for president in 2024. Thursday revealed a stark difference in leadership style. It’s not particularly difficult to guess which will resonate better with voters.

Continue reading: Biden Chuckles After Being Reminded to Mention Florida Tragedy, Thankfully DeSantis Is on Scene Doing All He Can ...