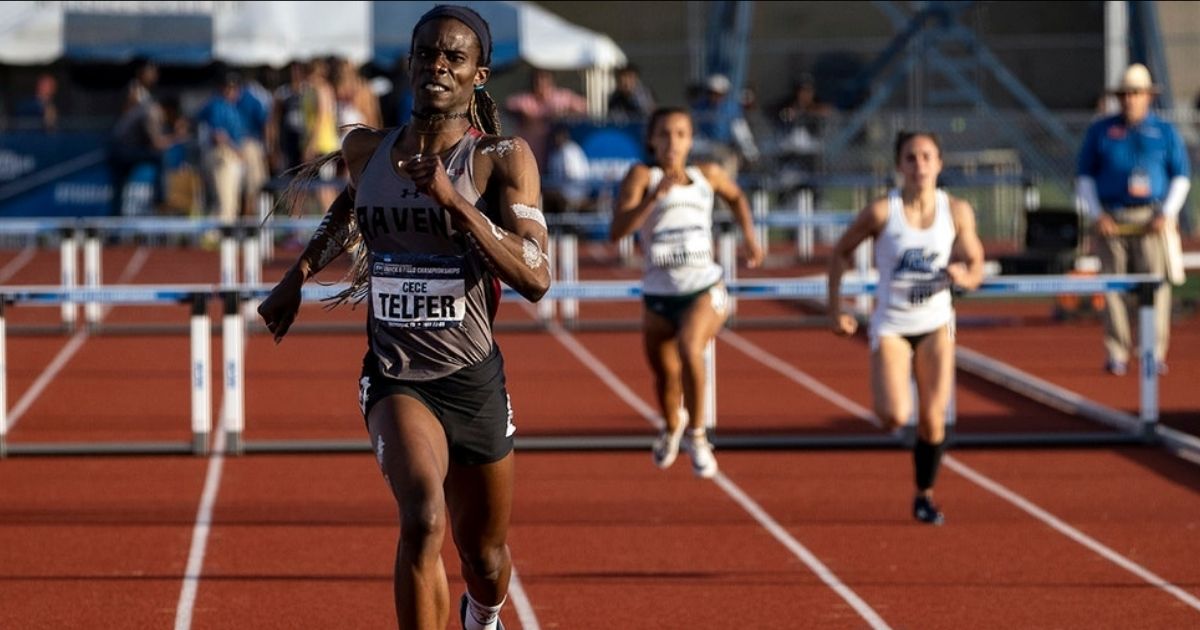 The following article, Transgender Runner Ruled Ineligible for Olympic Trials Over Testosterone Rule, was first published on Flag And Cross.

A transgender runner has been ruled ineligible to compete in the Olympic trials because he did not meet the World Athletics’ testosterone requirements.

CeCe Telfer, a man who identifies as a woman, was entered to compete in the women’s 400-meter hurdles at the Olympic trials in Eugene, Oregon, The Associated Press reported.

USA Track & Field said Telfer would be able to compete in future events if he was able to get his testosterone levels below 5 nanomoles per liter or more, for a span of 12 months.

The testosterone level — an amount much higher than the International Association of Athletics Federations’ considered healthy level of up to 1.79 nmol/L for women — was set by World Athletics’ 2019 guidelines that shut off international women’s events between 400 meters and a mile to athletes exceeding testosterone levels of 5 nmol/L.

The USATF said in a statement that athletes must meet the requirements to be a member of the U.S. Olympic team, governed by World Athletics, in order to compete in the trials.

“Following notification from World Athletics on June 17 that the conditions had not yet been met, USATF provided CeCe with the eligibility requirements and, along with World Athletics, the opportunity to demonstrate her eligibility so that she could compete at the U.S. Olympic Team Trials,” the statement read.

“According to subsequent notification to CeCe from World Athletics on June 22, she has not been able to demonstrate her eligibility.”

Telfer’s manager said the athlete would respect the decision.

“CeCe has turned her focus towards the future and is continuing to trail,” manager David McFarland said.

“She will compete on the national — and world — stage again soon.”

The USATF added in its statement that it “strongly supports inclusivity and providing a clear path to participation in the sport for all, while also maintaining competitive fairness.”

Although Telfer was ruled ineligible, New Zealand weightlifter Laurel Hubbard is set to be the first transgender athlete to compete in the Olympics after meeting the eligibility requirements, the Washington Examiner reported.

Hubbard, also a man who identifies as female, will compete in the women’s heavyweight 87-kg category on Aug. 2.

The Tokyo Olympics were scheduled to take place in 2020, but were postponed due to the coronavirus pandemic. The games are expected to begin at the end of July.