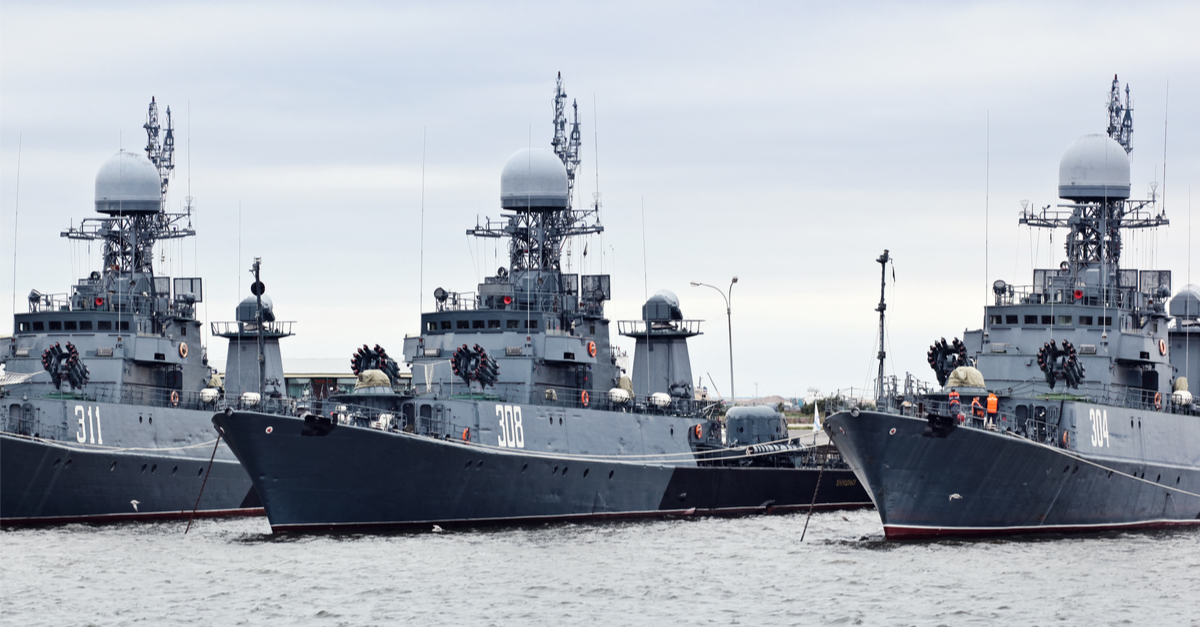 The following article, Russia Threatens Confrontation After Disputed Skirmish with British Fleet, was first published on Flag And Cross.

Russia’s incessant need for machismo antics is turning dangerous this week, after warships sailing for the Kremlin took aim and fired a number of warning shots at British vessels in The Black Sea.

The tense exchange came as Vladimir Putin continues to flout his strongman charade on the world’s stage, casually ignoring the constant barrage of questions regarding his regime’s human rights abuses.

Now, he has some military puffery to explain as well.

“We believe it was a deliberate and premeditated provocation,” Kremlin spokesman Dmitry Peskov said of the incident, in which Moscow said it fired warning shots and dropped bombs in the path of the British destroyer.

“In the event of a repeat of unacceptable provocative action – if those actions go too far, no options can be ruled out in terms of legally defending Russia’s borders,” Peskov told reporters.

The Black Sea, which Russia uses to project its power in the Mediterranean, has for centuries been a flashpoint between Russia and its competitors such as Turkey, France, Britain and the United States.

Russia accused Britain on Thursday of spreading lies over a warship confrontation in the Black Sea and warned London that it would respond resolutely to any further provocative actions by the British navy off the coast of Russia-annexed Crimea.

Russia summoned the British ambassador in Moscow for a formal diplomatic scolding after the warship breached what the Kremlin says are its territorial waters but which Britain and most of the world say belong to Ukraine.

Britain said Russia was sowing inaccuracies and disputed Russia’s account, saying no warning shots had been fired and that no bombs had been dropped in the path of the Royal Navy destroyer Defender.

Russia has been seemingly itching for a fight in recent week, having twice forced Hawaii-based US jets to scramble, as the Kremlin’s Pacific war-games came a little too close for comfort.