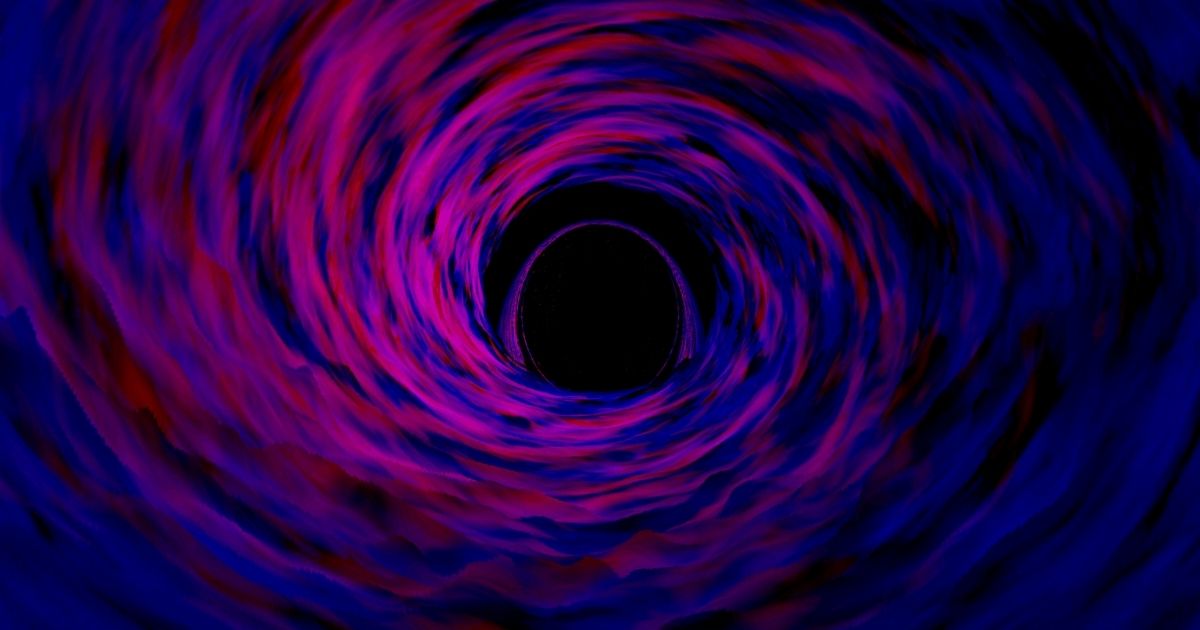 In yet another example spotlighting that race-baiting, left-wing propaganda has infiltrated every stage of life, an Ivy League university course now suggests that space is racist.

According to the course description of an astronomy class at Cornell University called “Black Holes: Race and the Cosmos,” there are racial undertones to the term “black holes.”

“Conventional wisdom would have it that the ‘black’ in black holes has nothing to do with race,” the course description reads. “Surely there can be no connection between the cosmos and the idea of racial blackness. Can there?”

The class, which was offered this spring, taught that there is indeed a connection between the cosmos and “the idea of racial blackness.”

Instead of citing astronomers and astrophysicists to support its flimsy hypothesis, the class cited Black Studies scholars and fiction writers who “implicitly and explicitly posit just such a connection.”

In other words, because a “black study” professor or fiction writer says there’s a racial undertone to the term “black hole,” that means it’s true.

The vapid liberal arts class masquerading as a science course was taught by Nicholas Battaglia, an assistant astronomy professor, and comparative literature professor Parisa Vazir, whose work focuses on “blackness.”

Not surprisingly, the intellectually anemic class was lampooned on Twitter as another example of the left’s “ongoing racial hysteria.”

“Down a Black Hole”

Even the hard sciences are no longer immune to the ongoing racial hysteria.https://t.co/4HTOZslI6j

“If you want to know what an intellectual wasteland the Ivy League has become, at Cornell they are wondering whether ‘black holes’ are racist,” another Twitter commenter said.

If you want to know what an intellectual wasteland the Ivy League has become, at Cornell they are wondering whether “black holes” are racist.https://t.co/wc2Srsofho

Hontas Farmer, who is black, explained that “the term ‘Black Hole’ is not about race or skin color. In fact, this course from Cornell likely is causing way more damage than good.”

Farmer, a self-professed astrophysicist, is an adjunct professor at Elmhurst University.

The term “Black Hole” is not about race or skin color. In fact this course from Cornell likely is causing way more damage than good. https://t.co/dqWYZYfgye pic.twitter.com/Hmyt8NHbC0

While all this sounds funny, it spotlights a frightening trend in academia, which has been invaded by left-wing propaganda that’s indoctrinating children — from elementary school to high school to college to the workplace.

Amazingly, this is not the first time that left-wing academics have politicized and racialized space.

“It has been dubbed the Great American Eclipse, and along most of its path, there live almost no black people,” Ristroph wrote in a mind-numbing post in The Atlantic.

“Presumably, this is not explained by the implicit bias of the solar system. Still, an eclipse chaser is always tempted to believe that the skies are relaying a message.”

Is the sun racist now too? https://t.co/XNUQZbdZJa

According to today’s race-hustling, grievance-mongering left, almost everything is racist: The SAT is racist. So is the environment.

Math is racist too!

Oregon Pushes Idea That Math Is Racist, Encourages Teachers to Dismantle White Supremacy. Who in the name if God comes up with this stupidity? https://t.co/fOdqYzQDiY

If you believe today’s deranged left, the coronavirus is also racist!

Too Many Black Americans Are Dying from COVID-19: The pandemic exposed a glaring health gap caused by systemic racism. Here’s how to narrow it. https://t.co/wxcmn7pyHY via @sciam

The left’s frivolous weaponization of the race card has gotten so inane that even some vegetables are under fire for being racist.

AOC says that growing cauliflower in community gardens is “taking a colonial approach to environmentalism” & it’s no surprise “communities of color get resistant to environmental movement.”

This racial hysteria will continue to snowball because sowing resentment and exploiting racial division have been a very effective tool for Democrats to gain power.

Unfortunately, they’re not concerned about the riots and race wars erupting in liberal cities across the U.S. because public safety and societal instability are trivial collateral damage for power-hungry Democrats.

If you look at the skin color of ALL people, you will notice that WE are all one color. BROWN, various shades. “Black” people are actually dark brown, “white” people are actually light brown all other races are in between.
Skin shade (color) is controlled by Melanin, a product of the pituitary gland. therefore the word “racist” has no meaning, we are one people or race. The way we think is what divides us, not skin shade.