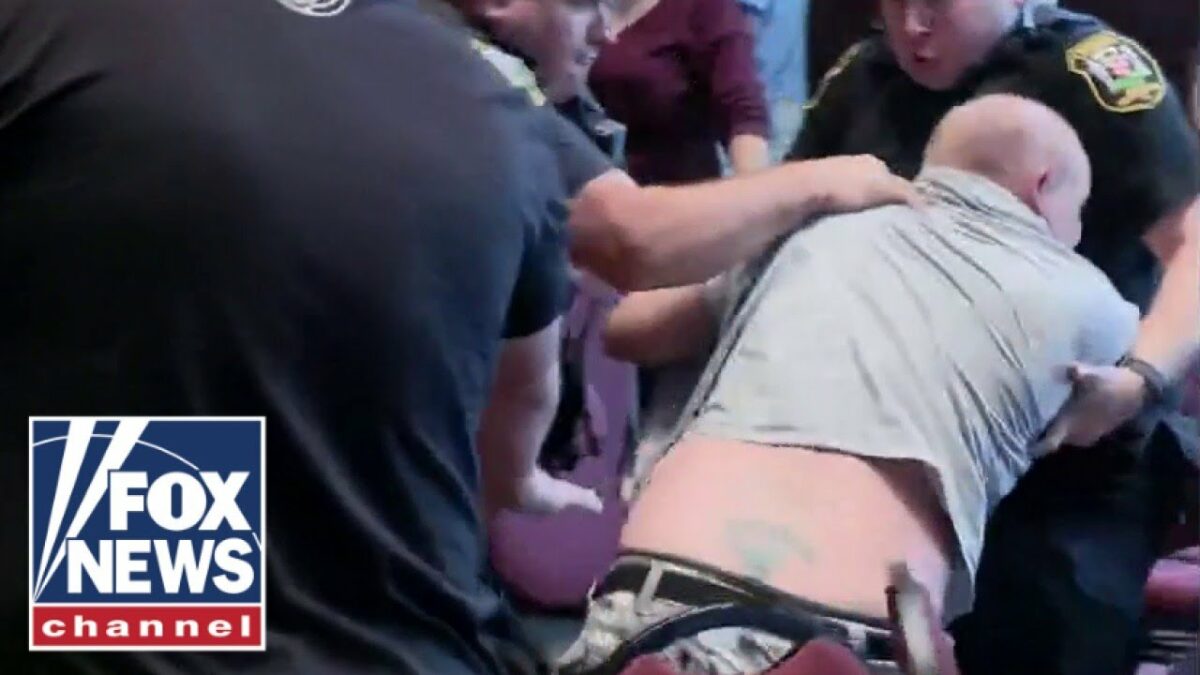 The following article, Tyranny: Concerned Parents Arrested After School Board Cuts Off Comments on Trans, CRT Policies, was first published on Flag And Cross.

Two Virginia parents protesting critical race theory and transgender policy proposals at their children’s schools were arrested Tuesday during a meeting of the Loudoun County School Board.

The public comment session was held so parents could voice their concerns over the teaching of CRT as well as a new policy on “transgender and gender-expansive students.”

Instead, the board ended the meeting midway and two parents were arrested.

Two arrests made at the Loudoun County, Virginia school board meeting after it was declared an unlawful assembly and some parents here to protest against critical race theory and a transgender policy refused to leave right away #CriticalRaceTheory pic.twitter.com/dsZDrqJ0Gp

A total of 259 people had signed up to offer public comments, but the meeting was shut down after just 51 had spoken, according to Fox News.

Ian Prior, a father of two students and a spokesman for the parent advocacy group Fight for Schools, slammed the board for refusing to allow parents to have a say in how their children are educated on controversial topics such as critical race theory and transgenderism.

Prior told Fox News that it’s imperative for parents to “get a seat at the table” to help shape what their children learn in the classroom.

The brouhaha at the Loudoun County School Board meeting came after former Republican state Sen. Dick Black slammed the board for suspending teacher Tanner Cross in May for stating at a school board meeting that he doesn’t believe “a biological boy can be a girl and vice-versa.”

Two weeks ago, a judge ordered Cross’ school to reinstate him, saying his statements were constitutionally protected free speech under the First Amendment.

After Black criticized the board for its vindictive punishment, several audience members cheered.

The school board members then got upset and called a short recess. After they returned, the board announced that it had voted 9-0 to end the public comments session.

The Loudoun County School Board got wrecked so hard by former Virginia State senator @SenRichardBlack that they had to shut down their public hearing.

“You’re teaching children to hate others because of their skin color… I’m disgusted by your bigotry.” #CRTisRACIST pic.twitter.com/sgdiqW4WqJ

Black also blasted the board for “having a dark history of suppressing free speech.”

Loudoun County School Board— at the center of controversy surrounding CRT— just silenced parents delivering scathing speeches against them by suddenly ending the public comment portion of the meeting set to continue for hours.

The parents at the meeting were upset that the board abruptly ended the session and shouted “Shame on you!” at board members.

JUST IN: Watch chants of “shame on you” erupt from parents at a Loudoun County School Board meeting after officials shut down public comment pic.twitter.com/2lGh6UaymC

Numerous parents sang the national anthem to protest what they considered the board’s infringement on their free speech rights.

Parents protesting against critical race theory broke into the national anthem when the Loudoun Co., Virginia school board ended public comment because the crowd got too out of hand pic.twitter.com/qms00grIIj

According to Ned Ryun, the CEO of conservative activist group American Majority, one of the parents who was arrested was Jon Tigges, a retired Air Force veteran.

“This is appalling and Loudoun County Sheriff Mike Chapman should be ashamed of himself,” Ryun tweeted.

This is Jon Tigges. He is a retired Air Force veteran and small business owner in Loudoun County. This is appalling and Loudoun County Sheriff Mike Chapman should be ashamed of himself. https://t.co/r2dt52Yalh

Tensions have been building for months in wealthy Loudon County amid escalating parental objections to the indoctrination of critical race theory in schools.

Democrats and their media lapdogs falsely claim that only white parents and politicians oppose critical race theory, but many others also object to the divisive instruction.

In May, a black mom torpedoed CRT at another Loudon County school board meeting, saying the hateful left-wing propaganda is similar to the racist brainwashing employed by the Ku Klux Klan and Nazi dictator Adolf Hitler.

“CRT is not an honest dialogue,” Shawntel Cooper said. “It is a tactic that was used by Hitler and the Ku Klux Klan on slavery very many years ago to dumb down my ancestors so we could not think for ourselves.”

at the school board meeting tonight.

Cooper also berated the board for using classrooms to brainwash students with partisan propaganda.

“We don’t want your political advertisement to divide our children or belittle them,” she said. “Think twice before you indoctrinate such racist theories.”

Critical race theory is irrational disinformation that has no place in schools or the workplace.

With the nation imploding under Democratic government control, it’s encouraging that parents are fighting back to protect their children from being programmed like left-wing robots.

The school board should all be behind bars.

Disturbing that police officer would take part in this suppression of citizen’s rights. Or do they work for that ‘school board’??