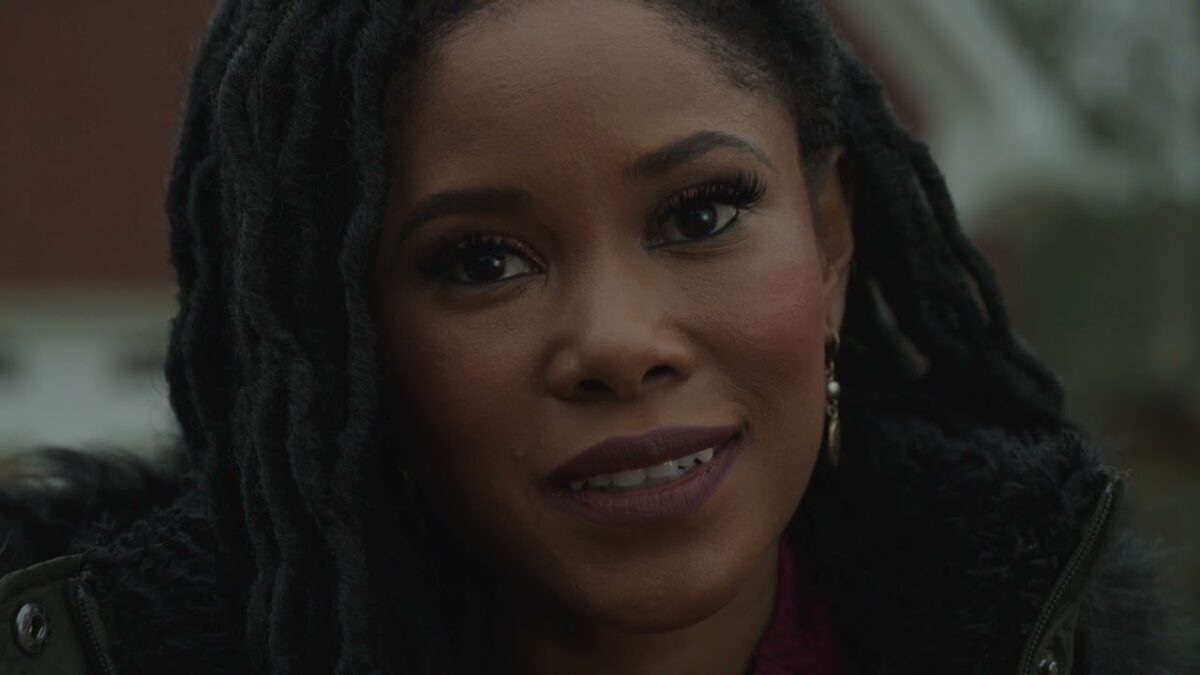 The following article, Trailer for Movie About Racist White 'Karen' Released – And It's Unintentionally Hilarious, was first published on Flag And Cross.

In 2007, Coke Daniels’ “Gangsta Rap: The Glockumentary” was released. I’d not heard of it before today, but it was apparently the filmmaker’s take on the “This Is Spinal Tap” mock-rockumentary, except parodying seminal gangsta rap group N.W.A.

Unlike “This Is Spinal Tap,” it wasn’t exactly timely. N.W.A. had broken up 16 years prior; founding member Eazy-E died in 1995, and the other N.W.A.-ites your father might know, Dr. Dre and Ice Cube, were considered ancient by music industry standards.

It was also, judging by the trailer on IMDb, poisonously unfunny.

A sample of the humor: In one scene, an uptight Caucasian record-industry type is driving a car with what appears to be the titular group and some groupies in the back. “Those girls back there think, just because I’m white, that I can’t get my groove on with some Tupac [Shakur]?” he asks.

“You know, they’re from that whole world, though,” says the man in the passenger’s seat.

“Man, I grew up in Brentwood,” our thoroughly uptight mayonnaise-eating record exec shoots back. “You know how dangerous it is over there? Guys like O.J. Simpson running around?”

The joke wouldn’t have been funny or topical in 1997 — and that’s actually the closest I came to laughing during the 1:55 of 2007’s “Gangsta Rap: The Glockumentary” I previewed.

Anyhow, in the interim, Coke Roberts has started taking on more buzzworthy topics. He’s also started taking himself a bit more seriously; his next movie, “Karen,” is a thoroughly leftist entry in the race-horror niche popularized by “Get Out.” And, it must be noted, the trailer is side-splittingly uproarious. If only it were trying to be.

The film stars Taryn Manning as the eponymous villain, who is indeed a Karen named Karen. The trailer was posted to YouTube on Thursday and had racked up more than 380,000 views as of Wednesday morning, presumably not because people are wowed by its sub-Hallmark Channel production quality.

The plot, as far as one can discern it: A black couple played by Cory Hardrict and Jasmine Burke move into Manning’s mostly white neighborhood. After a passive-aggressive meet-cringe, they remark on the irony: “Wait a minute — we have a white, entitled neighbor named Karen?” Burke’s character asks.

Oh, but as the ominous piano tinkling over the scene should have warned them, that’s no mere irony. Or if they wanted to know the danger that was in store for them, maybe they should have just scrolled back a few seconds earlier in the trailer, when Karen is asked about her new neighbors.

“They’re black,” Manning responds in a bit of line-reading so obvious it’s usually only espied on “Saturday Night Live” or “Mystery Science Theater 3000.”

First, Karen comes over for dinner and remarks, “There she is, slaving away in the kitchen.” Foreboding! Pretty soon, she’s calling the cops on some minority teens. Someone off-camera tells the couple they’ve “uncovered some disturbing information on her — and her brother.”

Then, cops are at the couple’s door with a search warrant, arresting Hardrict’s character. In the next scene, Burke — with a tidal basin full of tears under her eyes — says, “I want to sell the house.” This is always reasonable advice in any horror film, no matter what the outcome — but like your average Amityville, New York, homeowner faced with paranormal phenomena, the couple decide to stick it out, because otherwise there wouldn’t be a third act to the movie.

What follows is one of those rapid-fire montages of unconnected dramatic moments from the film, except it plays like a parody of one of those.

A few guns are fired. Hardrict holds up a soap dispenser with a Confederate flag on it. Karen faces down a house full of unhappy-looking black individuals, including Hardrict and Burke: “You people are very angry,” she remarks. (See? “You people?” Don’t you get it yet?)

Again, as if this were all a parody of a horror-film trailer, it closes with Karen intoning one of those taglines only Wes Craven could love: “Bad things happen to people who don’t comply.”

At first, I thought maybe I was wrong and Coke Daniels had gotten it absolutely right. Fourteen years after “Gangsta Rap: The Glockumentary,” a movie where the title was infinitely funnier than the trailer, perhaps Daniels had gained enough mastery over satire to understand the potential in a “Get Out” burlesque featuring a Karen as the villain.

I should have known, though — however inspired by B-movie horror schlock “Karen” may be, Daniels approached the project with po-faced seriousness as his contribution to Our Great Racial Reckoning

“Last year during the global pandemic and civil unrest, I — like many of us — felt anger, despair and hopelessness,” Daniels said, according to a Friday report from entertainment-industry publication Deadline. “The overwhelming amount of support from people around the globe, who want to see change, has been such an inspiration.”

Manning, who chews scenery so effectively under a drywall-layer of bad white-woman makeup she should get either an Academy Award nomination or a new agent (and probably both), also contributed a blurb as risible as her performance.

“I felt a social responsibility to take on this role,” Manning said. “Even if I had to play the villain to affect change around the globe, then I was more than willing to step into the role. What’s been going on is devastating. It’s time for change, and for me to be a part of the bigger picture meant a lot to me.”

In her defense (maybe not the right word), Manning’s quote may be a bit of career rehabilitation rather than a sincere belief in the transformative power of the role. Her phone has presumably stopped ringing quite often since last summer — when, as The Daily Beast reported, she posted a quickly deleted QAnon-flavored Instagram screed after then-President Donald Trump visited Lafayette Square in the midst of rioting in Washington, D.C.

The unreadable diatribe sounded a lot more like someone experiencing a serious mental health crisis than any kind of political statement or conspiracy theorizing, but do that in any kind of Trump-adjacent manner and it tends to stick with you in Hollywood. New York Magazine, for instance, noted the film starred “a QAnon truther whose name literally rhymes with Karen, so subtlety isn’t the vibe here.”

At least in Manning’s industry, one can understand getting that incident as far down in the Google search results as it gets.

From the looks of things, however, no one else in “Karen” has an excuse for treating this as anything other than “The Room” for the reckoning.

I would hesitate to recommend it once a release is finally sorted out, because eventually that money finds its way back into the pockets of the thoroughly undeserving Coke Daniels.

That said, I’ve seen entire comedies with fewer laughs than the two-minute trailer for “Karen.”

If only it were going for that.