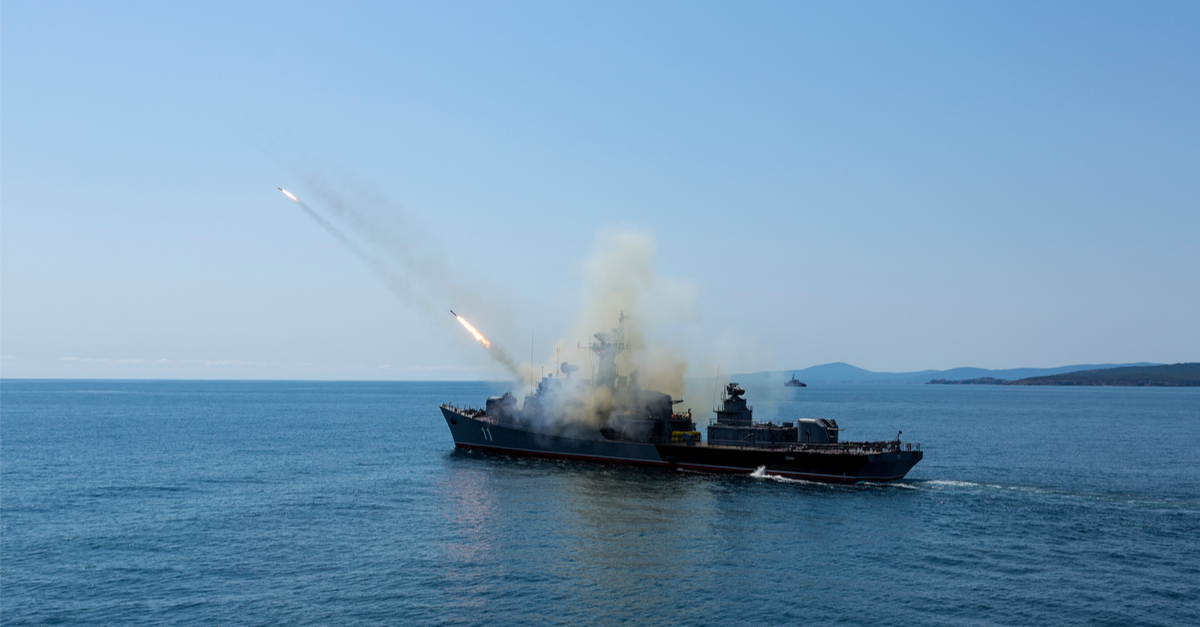 The following article, Russian Ship Fires at British Vessels as Putin Continues His Puffery, was first published on Flag And Cross.

Given all that we’ve seen from Vladimir Putin of late, one would be remiss not to consider the possibility that the Russia President is overcompensating for something.

Perhaps his attempts to interfere in the US election didn’t go quite as planned, or maybe he knows that the world is looking at him in a different light after the recent incident with Alexei Navalny.  In either case, Putin is acting out on the world’s stage again this week, in a show of force akin to a toddler sliding his plate of peas off the table because he’s cranky.

A Russian warship fired warning shots Wednesday to force a British destroyer from Russia’s waters near Crimea in the Black Sea, the Russian Defense Ministry said.

The ministry said the Russian warship fired warning shots after the British missile destroyer Defender had ignored a notice against intrusion in Russia’s territorial waters. It said that a Russian Su-24 bomber also dropped bombs ahead of the British ship to persuade it to change course.

Russia annexed Ukraine’s Crimean Peninsula in 2014, a move that wasn’t recognized by most countries in the world. Russia has frequently chafed at NATO warships visits to the Black Sea, casting them as destabilizing, even though NATO members Turkey, Greece, Romania and Bulgaria all are on the Black Sea.

The move comes just days after the US had been forced to scramble fighter jets from Hawaii, on multiple occasions, to deal with Russian military exercises occurring far too close to US soil.