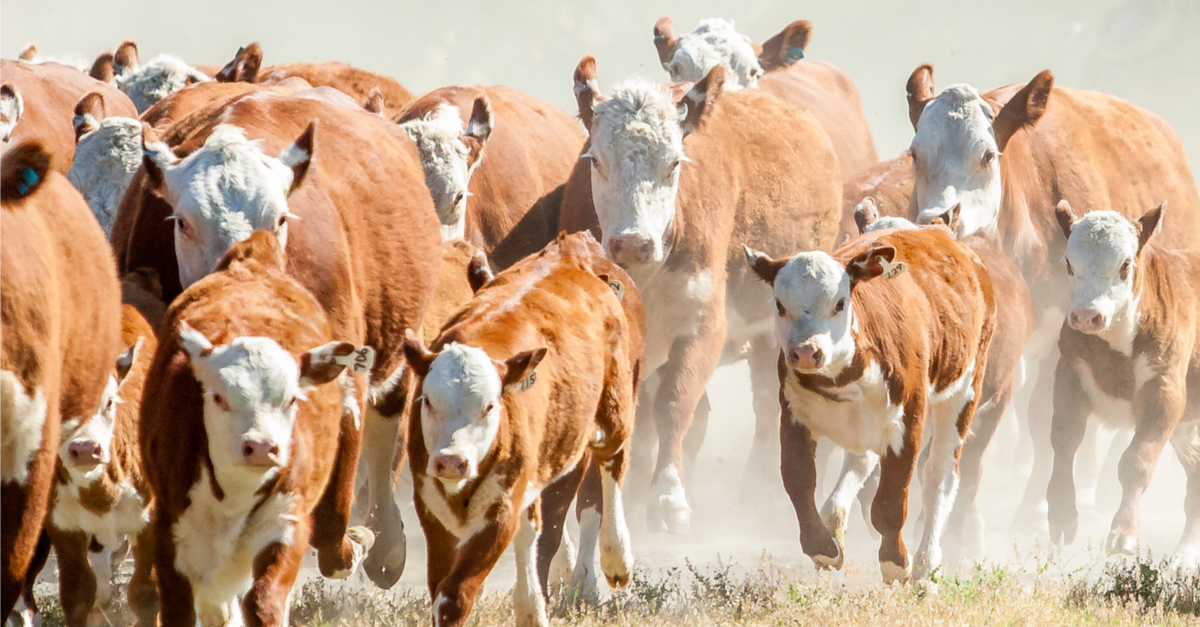 The following article, MUST WATCH: Herd of Cattle Stampede Through Los Angeles Suburb, was first published on Flag And Cross.

The City of Los Angeles is no stranger to the strange.  It’s a land of lost dreams and hopeful naiveté both, which season a soup consisting of all manner of people.

In other words, there isn’t much that residents of the City of Angels haven’t seen, but this week they were tested again as nearly three dozen bovine took to the street of Pico Reserva after making a daring escape from a local slaughterhouse.

A herd of cows at least 34 cows ended up stampeding through a neighborhood in Los Angeles after somehow managing to escape from a slaughterhouse in the area.

The incident occurred at approximately 8:35 p.m. on Tuesday, June 22, in Pico Rivera, California, when the Los Angeles County Sheriff’s Department responded to calls that several cows were in the area and reportedly running down streets, cutting through neighborhood yards and trampling bushes, according to ABC News’ Los Angeles station KABC.

One person was injured in the city stamped and one cow was shot and killed by a deputy during the incident when Pico Rivera City Manager Steve Carmona said it appeared the cow was making a move to run over a baby, according to reports from KABC.

Images of the incident were soon circulating on social media.

Shoutout to all the cows that woke up and chose freedom in Pico Rivera. pic.twitter.com/6rzuzWTRaV

#LIVE Authorities trying to corral about two dozen cows that got loose and are wandering a Pico Rivera neighborhood https://t.co/K8Swo39h55

Muafuckin cows at a kickback in Pico Rivera

Cows are loose in Pico Rivera.

Most of the animals were rounded up by law enforcement around 10:30pm, but one clever cow was able to escape justice for another half hour or so.