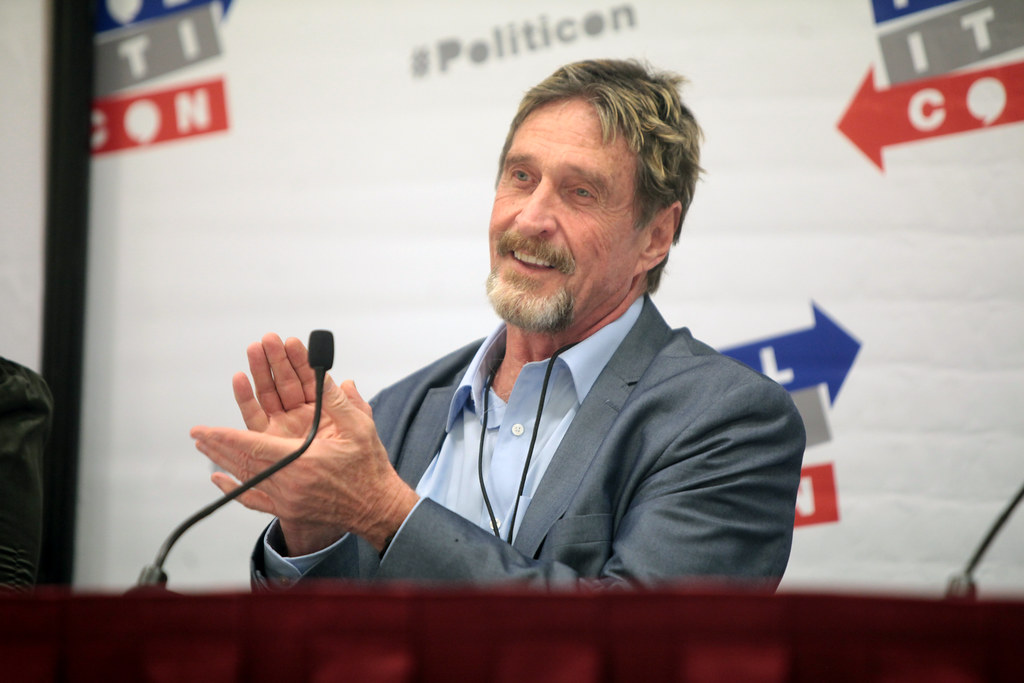 The following article, McAfee Dead in Prison After Repeatedly Declaring He Would Not Kill Himself, was first published on Flag And Cross.

John McAfee is a computing legend, having pioneered the way in which systems and networks protect themselves from viruses, malware, spyware, and all the other assorted evils of this internet age.

But now he lies dead, having allegedly committed suicide in a Spanish prison cell.

Antivirus software tycoon John McAfee died by an apparent suicide in a Spanish jail cell Wednesday evening — hours after reports surfaced that he would be extradited to face federal charges in the US, according to local media.

The eccentric tech entrepreneur was arrested in October and was awaiting extradition when he was found dead, police sources told the newspaper El Pais.

The newspaper reported McAfee was pulled from his cell in Barcelona and police are investigating the circumstances around his death.

Authorities aren’t shying away from calling it a suicide already.

“Everything points to suicide,” the newspaper reported, citing justice department officials in the country. A second Spanish newspaper, El Mundo, also reported McAfee had died by an apparent suicide in the jail.

But here is where it gets strange:  McAfee has been utterly insistent and consistent about the fact that he would never, ever take his own life, explicitly telling his followers on social media that, should he ever be found dead of suicide, he was killed.

The food is good. All is well.

Know that if I hang myself, a la Epstein, it will be no fault of mine.

Getting subtle messages from U.S. officials saying, in effect: "We're coming for you McAfee! We're going to kill yourself". I got a tattoo today just in case. If I suicide myself, I didn't. I was whackd. Check my right arm.$WHACKD available only on https://t.co/HdSEYi9krq

Seems like John McAfee got whacked for attempting to expose corruption pic.twitter.com/YE0gr560ZA

The investigation is ongoing at this time.

Continue reading: McAfee Dead in Prison After Repeatedly Declaring He Would Not Kill Himself ...