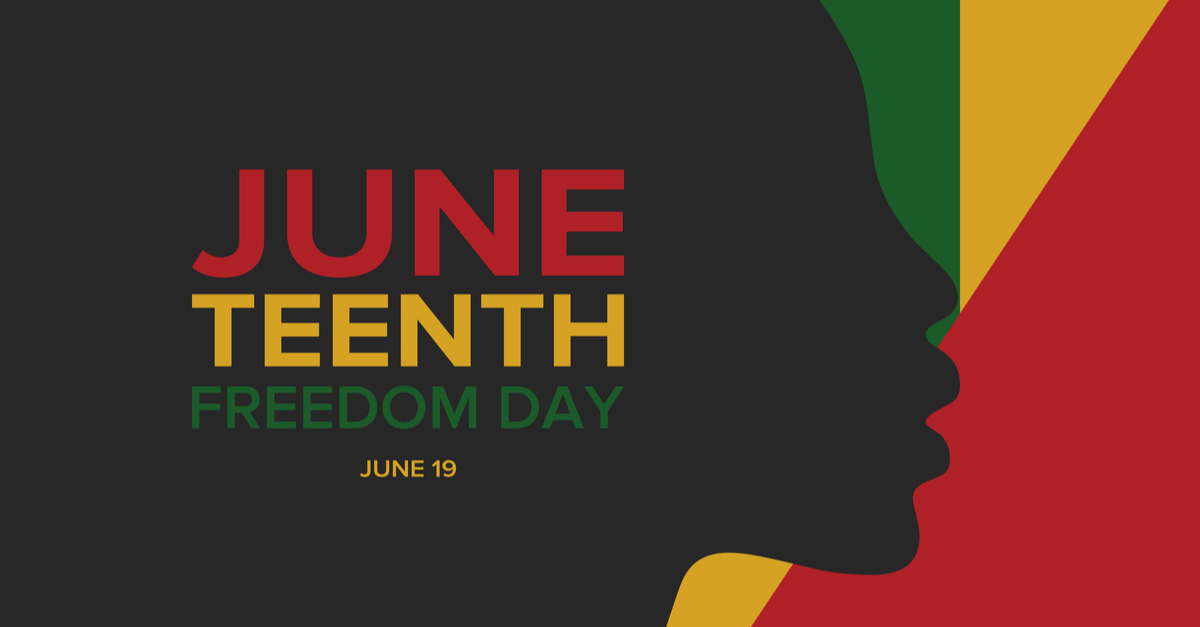 The following article, Juneteenth: An Annual Holiday to Condemn America., was first published on Flag And Cross.

Juneteenth isn’t about celebrating the end of slavery in America. It’s about the annual condemnation of America in perpetuity. Democrats aren’t even pretending otherwise. Joe Biden stated, “We can’t rest until the promise of equality is fulfilled for every one of us in every corner of this nation. That to me is the meaning of Juneteenth.”

As long as the Democrat Party exists, the promise of equality cannot be fulfilled. The Democrat Party has staked the whole of their political livelihood and future on the perpetuation of real and perceived racial injustice and inequality in America. They need racism to run against racism.

It doesn’t matter what Republicans believe Juneteenth represents — the end of slavery in America. What matters is how the holiday will be weaponized and appropriated going forward by the Democrat Party. The swastika too once represented something benign and good — a Sanskrit symbol for well being. It is undeniable today, however, that it represents something horrific and evil. The swastika is synonymous with Nazi Germany.

So too is Juneteenth now synonymous with racism in America. Democrats are already referring to Juneteenth as a ‘Second Independence Day.’ We now have two competing Independence days — July 4th for racist white supremacists and Juneteenth for those who believe America has racism in its DNA. Division is now codified in our federal calendar — to be exploited by the Democrat Party annually in perpetuity.

This administration has already exploited tragedy after tragedy to condemn America as an inherently racist country — using the Atlanta spa shootings, for example, as irrefutable proof of anti-Asian sentiment, and the George Floyd arrest and death as proof of systemic racism.

But the Democrat Party doesn’t exploit every tragedy, only the tragedies that involve white culprits in order to fabricate and promote the false reality and narrative that America is an inherently racist country and whites are to blame.

When the killers or culprits are non-white there is no mention of their ethnicity — as was the case with the recent murder of Mohammad Anwar, the Pakistani uber driver in D.C., who was killed by two black teenagers in a carjacking.

But the Democrat Party also reaches back into our past to exploit tragedies and condemn innocent Americans — as they’re doing with Juneteenth and as they just did with the Tulsa Massacre of 1921.

Joe Biden recently visited Tulsa, Oklahoma to commemorate the anniversary of the Tulsa Massacre, in which white mobs descended upon the Greenwood district and destroyed black homes and business, leaving hundreds of black Americans dead and countless others injured. This tragedy took place in 1921 and the white mobs, of course, were Democrats.

Time and time again the Democrat Party gets away with indicting white Americans, while failing to mention the very important fact that it was Democrats, who were responsible for every one of these heinous and racist crimes.

In Tulsa Biden made the insane and unfounded claim that “terrorism from white supremacy is the most lethal threat to the homeland today. Not ISIS, not al Qaeda — white supremacists.”

Yet the only instance of alleged ‘white supremacy’ the Democrat Party can seem to invent is the January 6th Insurrection, in which only one person died of unnatural causes. Ashli Babbitt, an unarmed, white, female air force veteran was shot and killed by a trigger happy Capitol Police Officer. We still don’t know the identity of the murderer. No riots ensued from outraged white supremacists.

But riots did, of course, ensue after George Floyd’s death. In fact, 17 people were killed in the immediate aftermath, most of whom were blacks and minorities. BLM is responsible for far more death and devastation than even the disingenuous Democrat claim of the white supremacist Insurrection on January 6th.

White supremacy is not the greatest threat to our Nation by any stretch of the imagination, but the Democrat Party is.

In his farewell address, George Washington wrote, “the name of American, which belongs to you in your national capacity, must always exalt the just pride of patriotism more than any appellation derived from local discriminations.” The Democrat Party actively encourages that which George Washington warned against.

The pride flag is flying over our National parks, the BLM flag outside our U.S. embassies, and now we have Juneteenth as an alternative to July 4th. Each of these examples has one objective — to obstruct American unity, facilitate American division, and further sow the seeds of discord.

At a time in which America seems hopelessly divided, the last thing we need is an annual holiday to promote the lie of systemic racism. No black American has been a slave today and no white American a slave owner. We don’t need to focus our national attention on events which transpired before most Americans were even a thought in their parents’ minds.

Maxine Waters is already using Juneteenth as an opportunity to promote H.R.1, tweeting, “The best way to celebrate #Juneteenth is to get focused, get educated, and realize we are in a fight to protect our right to vote. 14 states are already trying to advance voter suppression laws, and that number will only grow. Let’s celebrate, but let’s act. End the filibuster!”

The Democrat Party’s current and future existence is staked upon the acceptance of the lie that America is racist and our salvation can only be found in the Democrat Party. Juneteenth is a sham and the Republicans who supported it just got played. The Republican Party has once again proven themselves to be strategically inept and woefully incapable or unwilling to defend America.

I address this in greater detail on my weekly podcast, The Drew Allen Show.

Drew Allen is the host of “The Drew Allen Show” podcast. He is a Texas-bred, California-based and millennial author, columnist, and political analyst. His work can be read and seen and heard at drewthomasallen.com