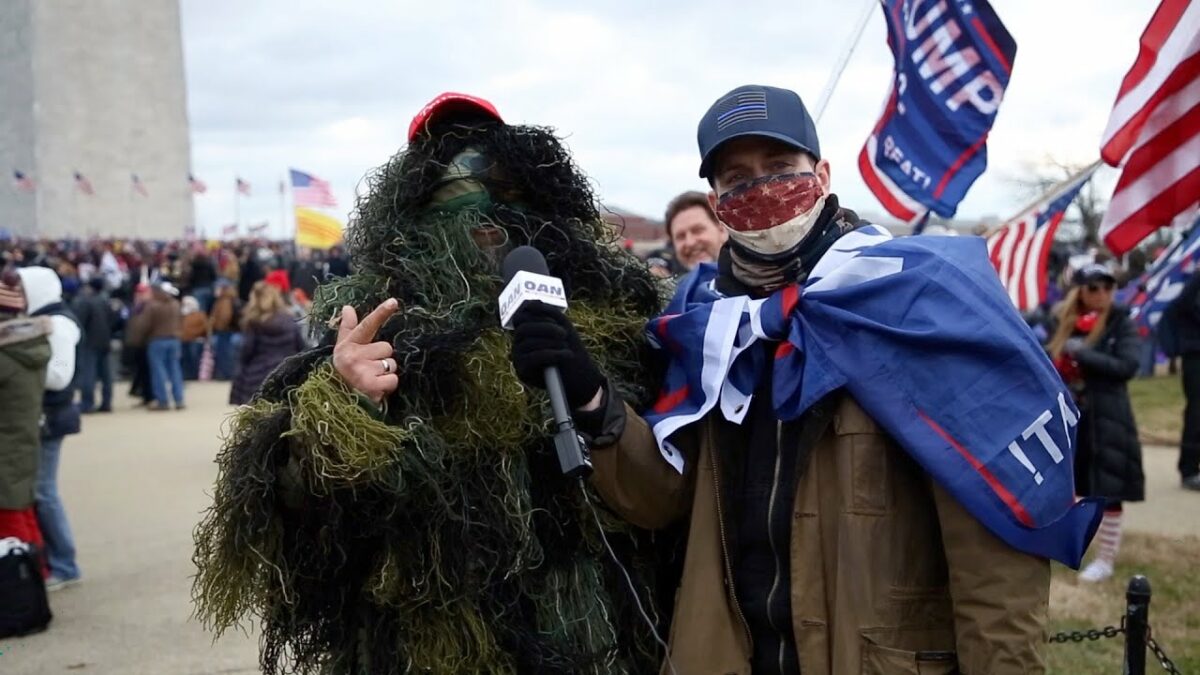 The following article, Confirmed: Disguised Leftists Infiltrated Trump Crowd on Jan. 6, Said They Told FBI How to Infiltrate MAGA, was first published on Flag And Cross.

Recently released videos prove what conservatives have been saying for months now: Trump supporters were not the only ones at the Capitol on Jan. 6.

Two leftists infiltrated the Jan. 6 mob that stormed the Capitol and later said they told the FBI how to “infiltrate Trump rallies.”

The two men are Walter Masterson and Peter Scattini and a quick look skim through their respective Twitter feeds shows that they are, indeed, leftists.

It’s been stoked by the media & by the president. It goes beyond institutional distrust & disgust. So many are painting these protestors as a monolith, when in reality it was an amalgam of families, business owners & anarchists who believed they were fighting for “their” America

COVID Nurse at the MAGA Rally does not believe in wearing a mask. pic.twitter.com/1SvKyFpPCf

Multiple videos on Scattini’s YouTube channel show him and Masterson — disguised as reporters from One America News Network — asking questions to a number of Trump supporters outside the Capitol on Jan. 6.

“They introduced themselves as two agents of the FBI and one officer of the NYPD and asked if they could come inside and, of course, we said yes,” Scattini said.

“We talked to them for about an hour, we are not in any trouble, but that was super weird.”

“Walter is giving them tips on how to infiltrate Trump rallies.”

This lines up with a recent assertion made by Fox News personality Tucker Carlson that the FBI had agents on the inside during the Jan. 6 incursion.

“Strangely, some of the key people who participated on Jan. 6 have not been charged. Look at the documents. The government calls those people ‘unindicted co-conspirators.’ What does that mean?” Carlson said on Tuesday.

“Well, it means that in potentially every single case, they were FBI operatives.”

None of this changes the fact that many Trump supporters present during the incursion broke the law and should be punished for their crimes.

However, these videos undeniably prove bad actors with a leftist agenda infiltrated the Jan. 6 events.

Perhaps even more shockingly, what this news also reveals is the fact the FBI may very well have had something to do with the events on Jan. 6.

Since the incursion, the federal government has been hell-bent on targeting Trump supporters who were present at the Capitol incursion.

Meanwhile, when it comes to the countless number of far-left, BLM-inspired riots and looting sprees that occurred throughout the course of 2020 — which undoubtedly caused far more death and destruction — the federal government doesn’t seem to care whatsoever.

There is one possible explanation for why this might be the case — the FBI could be pushing a partisan political agenda and is fully willing to enlist the aid of leftist bad actors in order to do so.

What this article proves is you can not trust our own government to do the right thing; especially when that government is run by liberal Democrats. They are pro Democrats and you can not take that as proof they will always protect the citizens of our country. Wray and all heads of our government agencies need to lose their jobs in order to teach them they did wrong to the citizens of our country under the disguise of protecting them. They must be taught they are there to treat everyone equal regardless of their Party affiliation.