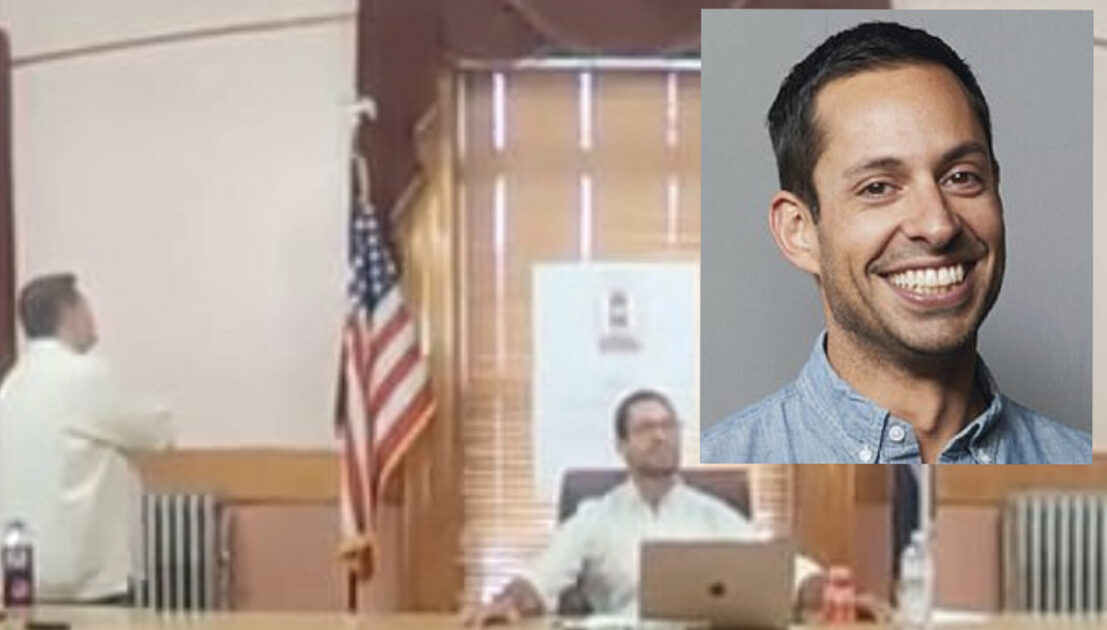 The following article, Colorado Mayor Bans Pledge of Allegiance Because It’s Not Legitimate, was first published on Flag And Cross.

The left-wing Mayor of Silverton, Colorado, Shane Fuhrman, unilaterally banned the recitation of the Pledge of Allegiance because he finds it unnecessary.

Mayor Furhman insisted that the Pledge isn’t even legitimate, saying, “it’s not really a thing,” when he argued against reciting the pledge, according to the Denver Patch.

The issue came up last year when the city began meeting over zoom because of the coronavirus. At that time, it was decided that the council members who didn’t want to recite the pledge would just turn off their computer cameras during the segment of the meeting.

But even during that period, the mayor’s request to ditch the pledge was voted down 4-3.

However, now that the meetings are back to in-person, the mayor simply acted unilaterally and ended the recitation of the Pledge.

“Due to the direct and indirect threats, inappropriate comments in and out of our public meetings, and general divisiveness and issues created in our community, we will not be reciting the Pledge of Allegiance during Town of Silverton trustee meetings,” Fuhrman said during theJune 14 meeting.

Fuhrman went on to demand that if anyone had proof in the city’s rules saying he could not make such a decision they better speak up.

“If you’d like to find somewhere in the code, something that doesn’t permit me to do this,” he said, “then I welcome that discussion at our next meetings.”

At least one council member was not happy with the decision. Trustee Molly Barela reminded the mayor that they had already voted to continue reciting the pledge, and added, “It’s been done for a long time. We all took an oath, and we as a board we decided it would be done.”

Members of the public who were in attendance at the meeting were no less supportive of Furhman’s decision. One woman who came to the mic to speak quickly broke out in the Pledge. And everyone else in the room joined her over Furhman’s objections.

“Back in April 2020 when the newest board members were seated the mayor brought it up that he didn’t want to do the Pledge of Allegiance anymore because it’s not really a thing, it was a 4/3 vote that we continue to do it. By going back to in-person meetings it changes the dynamic compared to what was happening on Zoom. While on Zoom the three individuals who chose not to say the Pledge of Allegiance would just turn off their cameras; now that we’ve gone back to in-person meetings, members of the general population, especially those who are veterans, have been questioning why would you run for office and take an oath to uphold the laws of the United States of America, the state of Colorado, and the town of Silverton if you won’t stand for the Pledge. Members of the public have told them that they should be ashamed of themselves. I personally didn’t like his unilateral decision when we as a collective group had already decided over a year ago to continue to do the Pledge. I don’t know if it was premeditated to have it done on Flag Day, which we all know … was declared June 14, 1777, by the second continental Congress; now mayor Shane Fuhrman has made this First Amendment right issue. To tell members of the public they are not allowed to say the Pledge of Allegiance during public comment and threaten to have them removed, that it was a one strike … you’re out policy, violates every single one of their First Amendment rights.”

For his part, Furhman has refused to make any public statements on his unpatriotic decision.

This Idiot should not be in education…..Perhaps garbage collection would be a better fit for his opinion

WHAT is not legitimate about OUR pledge of allegiance… time for this Mayor to find another country to go live in… he’s obvious Anti-American… DISGACEFUL!!!

WHAT ?? Just when you think you have heard everything something like this comes along ! There are times when existing swear words are just not adequate for the situation. THIS is one of those times !
I realize Colorado is known as California East besides being so far left the state is ready to tip over, only thing holding it down is the mountains but this SHOULD be even to much for them.
Votes have consequences, THIS is one of them.

“He didn’t want to do the Pledge of Allegiance anymore because it’s not really a thing,”….. Really? It was “a thing” back in school in 1955 when I started reciting it, and it’s still “a thing”! Maybe the real problem is this new council member isn’t “a thing”!

i pledge never to go to Silverton colorado as long as this idiot is mayor!

Bidenson’s presidency and evrything connected to it is the only illegitimate thing in the US.