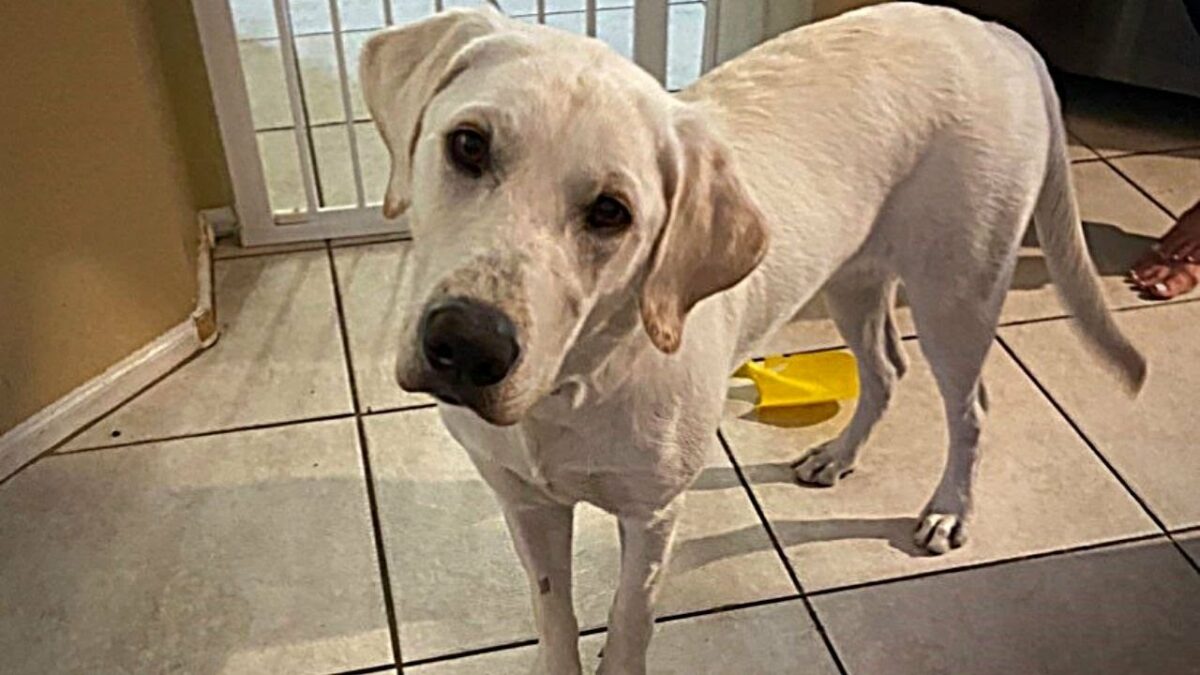 The following article, 'Thank God for Her': Courageous Pup Saves Sleeping Family from Would-Be House Fire, was first published on Flag And Cross.

Some dogs have the length of their lifetimes to prove their loyalty and overall good-dog-ness. Gracie has had just a few months, and already her family is indebted to her.

Gracie is a 7-month-old Labrador retriever mix owned by the Reinert family in Glendale, Arizona. On Wednesday, she proved that she was worth more than her weight in gold.

It was after midnight and the family was asleep when Gracie woke parents Maura and Rob with her barking.

“She was just barking like crazy, yeah, just at the bathroom door, just would, like, would not stop,” Maura Reinert told AZFamily.

“I just thought she’s barking and my husband got up, and he’ll handle it, and he’ll calm her down and bring her back up on the bed and she’ll fall back to sleep. But that’s not … that was not the case.”

Gracie wasn’t just causing a ruckus for the sake of causing a ruckus. She’d noticed something no one else had: A fire had started in the bathroom exhaust fan, a fact that Rob and Maura soon discovered.

“That vent fan was on fire,” Maura Reinert said. “We could just see orange flames.”

She ran outside with the kids and called 911 while her husband took a wet towel and smothered the fire before it got out of control.

Firefighters arrived and made sure the blaze was well and truly put out. The family is very clear on why they were able to stop the fire before it spread, before anything really tragic could have happened.

It was all because of Gracie.

“Totally a blessing,” Maura Reinert said. “Thank God for her, because we just don’t know, I mean it could have spread, we could have all gotten, you know, smoke inhalation and … just really grateful.”

Maura Reinert shared Gracie’s story on her Facebook page, writing, “Our girl Gracie!!!! So grateful for this sweet pup!”

The Glendale Fire Department also recognized the pup’s heroism, featuring her in a post it shared on Wednesday.

“Crisis was averted thanks to Gracie alerting her family when smoke began to fill their home,” the department wrote. “This canine hero warned the family before the smoke alarms had even begun to go off.

“Thankfully everyone got out safely and Glendale Firefighters contained the fire to a fan in the bathroom. We say Gracie earned some extra treats!

“If your dog isn’t quite as amazing as Gracie, be sure to check that your smoke alarms are in proper working order. Stay safe.”