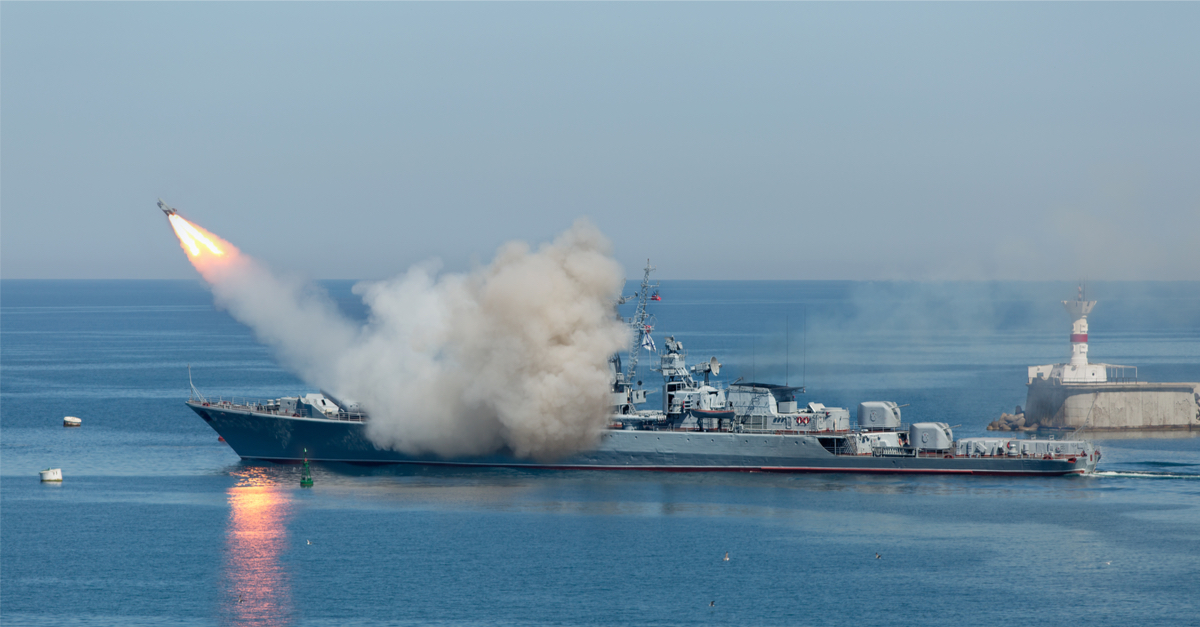 The following article, Russia Continues Harassment of American Military Just 35 Miles Off US Coast, was first published on Flag And Cross.

When it comes to dealing with Russia, much of the US policy is straightforward, and likely on account of the fact that the Kremlin has been pulling the same, silly stunts for decades now.

In fact, it’s getting a little stale.

Russia loves to use her military as a nuisance to the United States, posing danger at times, certainly, but most often just being undeniably annoying.

Russia’s defense ministry has announced it sunk an aircraft carrier just 35 miles off the coast of Hawaii in a huge war games exercise that has alarmed the US.

At least 20 Russian warships, submarines, and support vessels, flanked by 20 fighter jets, are taking part in the exercises – the biggest since the Cold War.

Russia says that they are 300 miles off the coast of Hawaii, yet unconfirmed satellite images from June 19 appear to show them much closer – within 35 miles of the U.S. state.

The moves have forced the US military into action.

Twice this month – on June 14 and 18 – the U.S. scrambled F-22s from Hawaii in response to Russian bomber flights.

Neither time did the bombers enter the U.S. Air Defense Identification Zone (ADIZ) perimeter, and so they were not intercepted.

On June 17 the Navy admitted that the USS Carl Vinson and her strike group were operating near Hawaii, without revealing when they had arrived, or why.

It has been only a few days since Russian President Vladimir Putin met with US President Joe Biden in Geneva, in a meeting that both men seemed to suggest was a success.

‘Welcome’ to biden’s world. Not only are America’s enemies laughing at joe, but are also taking advantage of America and the world now that there is no real America to stand against them.