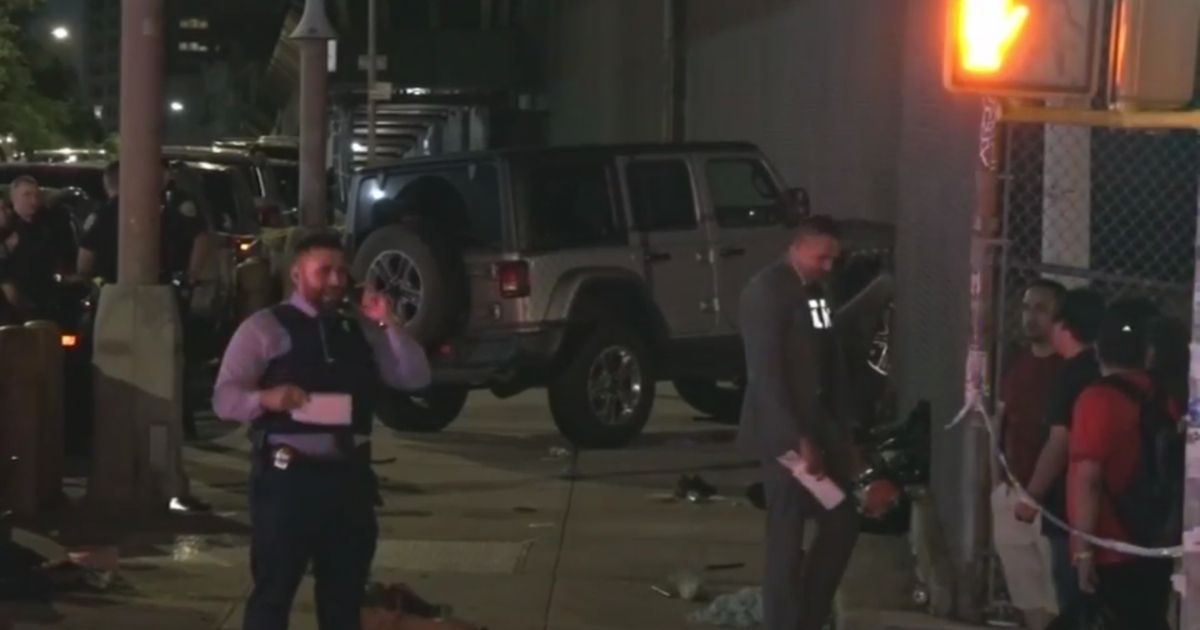 The following article, As Crime Takes Over NYC, Voters Head to Polls for Mayoral Primary, was first published on Flag And Cross.

Amid soaring levels of crime, New Yorkers will travel to the polls Tuesday to vote in the city’s first mayoral primary using ranked-choice voting.

The new election system will allow voters to choose and rank up to five candidates for their preferred political party. Candidates must procure more than 50 percent of the vote to declare victory, but current projections suggest that no single Democratic candidate will reach the threshold.

Run-off elections could take until July to administer and count.

The Democratic nominee will run against either Fernando Mateo or Curtis Sliwa — the two candidates vying for the Republican nomination, according to The New York Times.

Voters will also decide on races for city comptroller, Manhattan district attorney and a chorus of other city council primaries.

Of the many topics concerning New Yorkers, crime and mental illness have taken the forefront.

Since last year, New York City has experienced an across-the-board spike in crime. Compared with May 2020, the overall crime index increased 22 percent, according to a statement from the New York Police Department.

The overall increase has been “driven by a 46.7% increase in robbery … and a 35.6% increase in grand larceny.” Shooting incidents have also increased 73 percent compared with May 2020.

“NYPD cops have shown us time and again they are willing to go in harm’s way on behalf of all New Yorkers,” Police Commissioner Dermot Shea said.

“It is this commitment to our collective public safety — in tandem with the communities we serve — that will allow our great city to prevail in the challenges we face together.”

According to WABC-TV, a family of six was targeted in a suspected drive-by attack on Sunday, which put one woman in a critical condition. The alleged attackers rammed their Jeep into the crowd, then fled after firing gunshots into the air.

“We were just talking normally until a car came out of nowhere and hit us, with no particular reason,” a family member said. “And it wasn’t an accident, because the way they came from, they were speeding up for us.”

“We need to get them the care that they need, but that will also supercharge our economic recovery because we all see these mentally ill people on our streets and subways, and you know who else sees them? Tourists,” Yang told conservative host John Catsimatidis, according to The Times.

“And then they don’t come back, and they tell their friends, ‘Don’t go to New York City.’”

The former presidential hopeful is a front-runner for the nomination. His comments have sparked ire among the other candidates.

“We’re never going to get our jobs back and our economy back if we don’t get the mentally ill people who are on our streets in a better environment,” Yang added.

“Yes, mentally ill people have rights, but you know who else [has] rights? We do,” he said during a debate last week.

“The people and families of the city.”