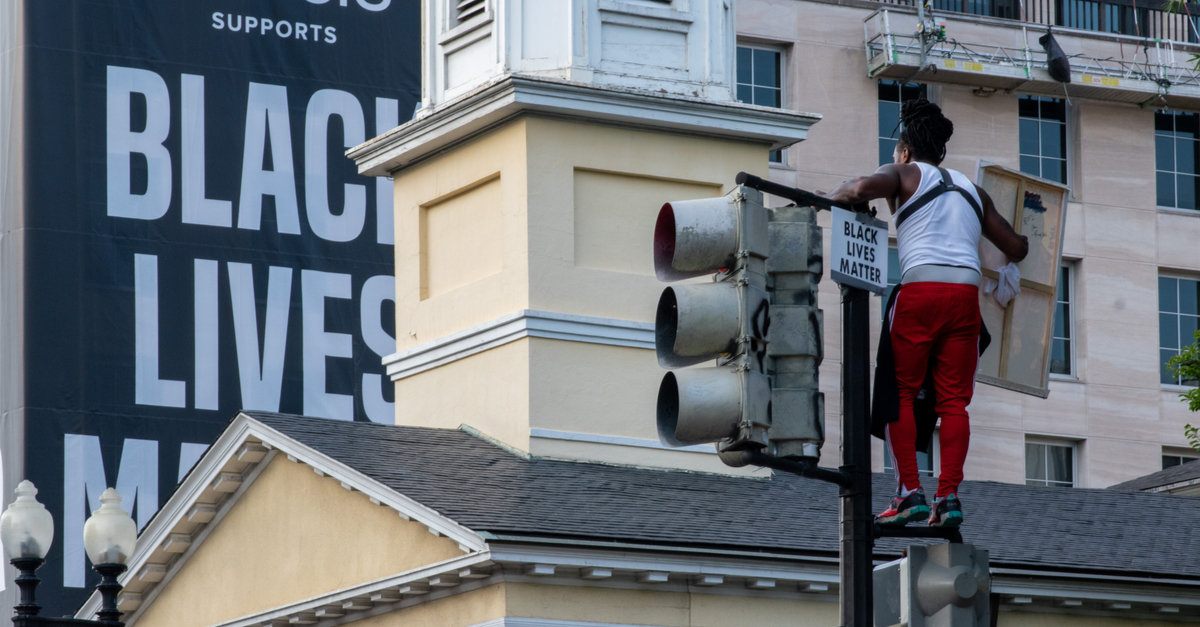 The following article, Activists Cleared from Lafayette Square Shut Down by Federal Judge, was first published on Flag And Cross.

For a good, long time, the mainstream media was insisting that then-President Donald Trump was responsible for the clearing of Black Lives Matter protesters from Lafayette Square last year, in an incident that made international headlines.

The moment was a fraught one, with demonstrators being forcibly removed from the area by the use of force and tear gas.  It certainly didn’t appear to be a shining moment for free speech, and the rabid liberal media worked their tails off trying to pin the whole thing on Trump.

A year later, it would be revealed during the Biden administration that the clearing of the park had nothing to do with Donald Trump, and was being conducted for other, premeditated purposes altogether.

Now, activists who were looking to take legal action against the Trump administration are getting shut down in court.

A federal judge has dismissed a majority of the claims filed by activists and civil liberties groups who accused the Trump administration of violating the civil rights of protesters who were forcefully removed by police using chemical agents from a park near the White House before then-President Donald Trump walked to a nearby church to take a photo.

U.S. District Judge Dabney Friedrich said Monday the claims in the suit, which alleged that Trump and then-Attorney General William Barr had conspired to violate the rights of protesters last June, were speculative and it was premature for the court to conclude whether the actions of law enforcement officers were justified.

Friedrich dismissed the claims against Barr and other federal officials, including the acting U.S. Park Police chief, Gregory Monahan, finding there wasn’t sufficient evidence to prove there was any agreement or plan to violate the rights of the protesters. The judge also said the law gives them immunity in civil litigation.

Legal action against the police departments who did the physical clearing will be allowed to continue, but the inability of these activists to target the Trump administration will likely be enough of a deterrent against proceeding.