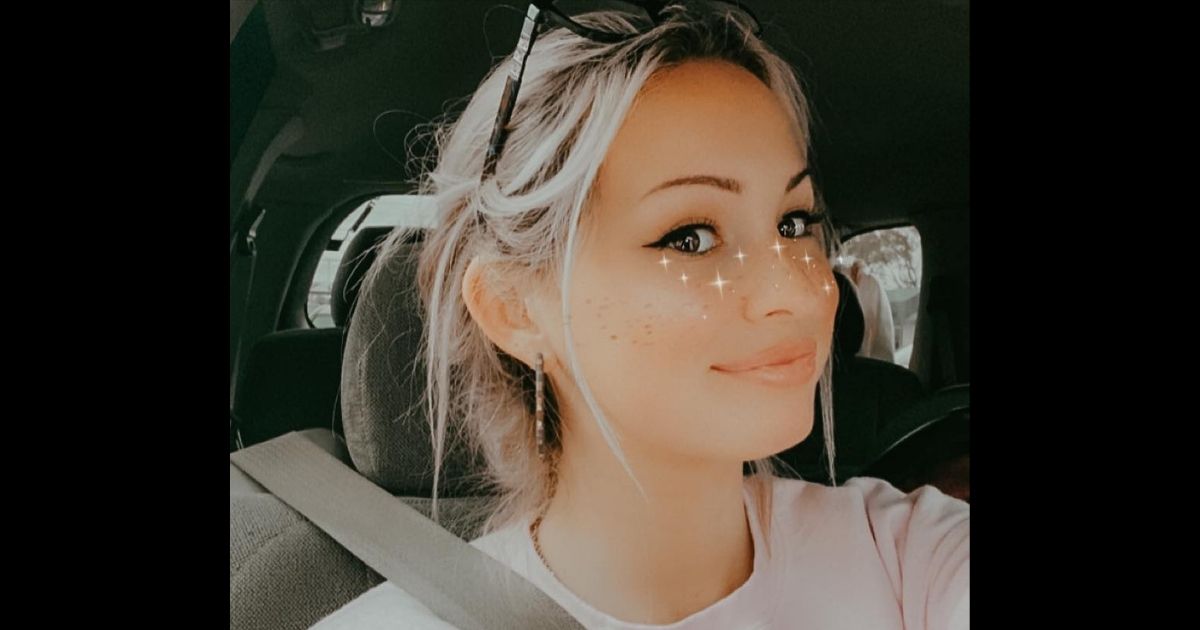 The following article, Waitress Sees Burning Car on Side of Highway, Races to Pull Bleeding Driver Out Before It Explodes, was first published on Flag And Cross.

Keelyn Harper from Covington, Georgia, was on her way home to her 14-month-old daughter on June 10 when she saw something that she had to pause for.

She was driving from Rooster’s Drive Inn, taking a different route than usual, and it was around 9:30 p.m. when she spotted a light in the dark.

“From far away it looked like someone had thrown something out in the bushes that caught on fire,” she told Fox News. “I didn’t know it was a car until I stopped.”

But it was, indeed, a car — and Ashley Strawn was trapped inside. Harper quickly called 911 and then jumped into action herself, realizing that, if she didn’t, “nobody was going to.”

Strawn’s legs were trapped, and she had a leg gash down to the bone and a head wound that was bleeding profusely. Overall, she was in very rough shape.

“I was telling her, you know, ‘the car was about to blow, we have to get out of here now’,” Harper recalled.

“I tore down and climbed over all the branches I could and was able to get to the passenger side door and break it open,” Harper later wrote in a Facebook post. “I dragged her out and we sat there together until police arrived.

“There was no way I could carry her over even with the fire popping and getting bigger I just couldn’t so we sat there. She was seriously injured.”

At some point, Harper remembered other people approached, but they wouldn’t come close enough to help her, and she couldn’t carry Strawn very far by herself. So she got as far from the blazing car as she could, and then she prayed hard.

“I remember other people showing up but keeping their distance,” she wrote the day after the incident. “I yelled and asked if the fire was getting bigger and they said it was. I couldn’t carry her up the embankment and others who were once trying to get close to us eventually went back to the main road once the fire was getting to be too much.

Both women made it. Strawn’s sister reported that Strawn had suffered broken ribs, broken wrists, broken vertebrae, a broken nose, a broken pelvis and blood in a lung in addition to multiple facial wounds.

Without Harper’s help, though, she would almost certainly have died in that fiery car. When asked why she ran toward danger, Harper had a simple answer.

“It was just the instinct, you know, maybe a motherly instinct or maybe just … the human instinct to help,” she said.

According to The Covington News, Strawn’s boyfriend, Troy Anderson, said that she had made a run to the store and was less than a minute from their home when she’d tried to avoid a deer on the road and crashed into the woods.

In an updated post, Harper shared that Strawn was doing better and she strongly believed that Strawn would make a full recovery. According to Fox News, Strawn is looking forward to meeting her hero.

“Thank you for saving my life,” Strawn said. “I can’t wait to meet you.”

Continue reading: Waitress Sees Burning Car on Side of Highway, Races to Pull Bleeding Driver Out Before It Explodes ...

A brave young lady, and beautiful to boot.