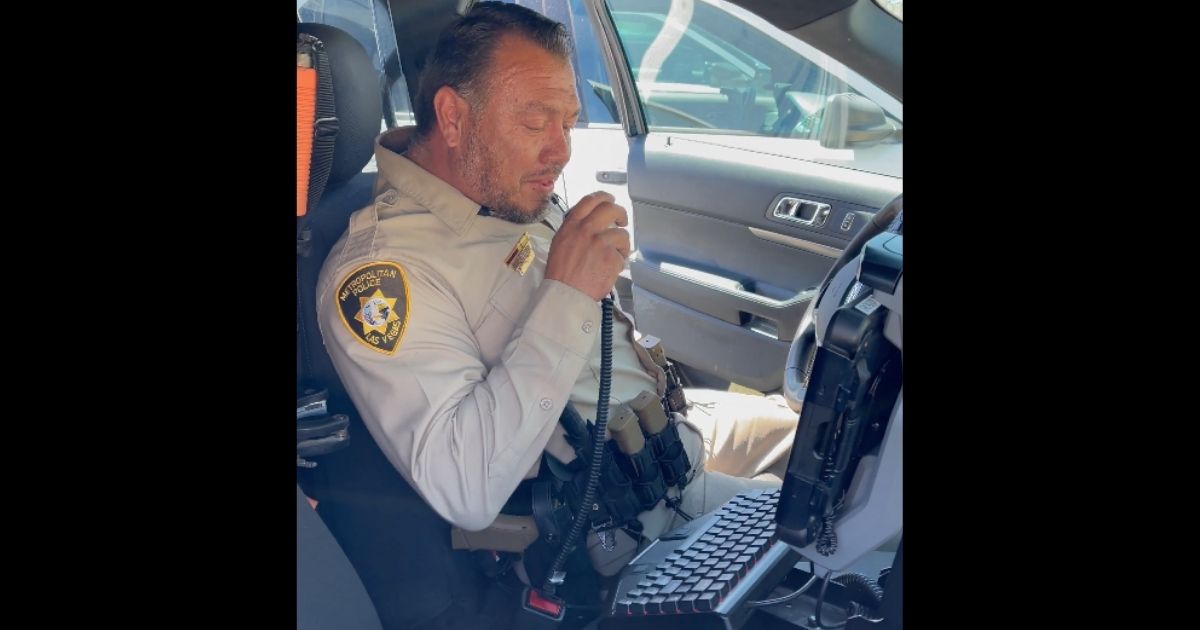 The following article, 'Father, Mentor, Hero': Retiring Officer Tears Up When He Hears Son's Voice on Radio During Final Sign-Off, was first published on Flag And Cross.

Another Father’s Day has come and gone, and with it many of us celebrated the men in our lives who have acted as fathers, whether or not they were related to us.

The Las Vegas Metro Police Department marked the day with an especially sweet moment between a father and son, as Officer Albert Beas signed off for the last time, stepping out of the patrol car and into retirement.

“On June 11th Officer Albert Beas retired after 25 years of service with LVMPD,” the LVMPD posted on Sunday.

“While signing off for the final time, his son Nikalus came over the radio to congratulate his father. Today we recognize all the dads in our lives. Happy Father’s Day!”

The video shows Officer Beas sitting in his patrol call and radioing in for the last time. His son is soon on the other end, congratulating and praising his father for his work.

“Today, it is my great honor and sincere pleasure to announce that as of 14:00 hours on this day, after 25 years of serving this great community and beautiful city of Las Vegas, my father, mentor, hero and so much more, Officer Albert Beas, is retiring and has been secured for the day for his final time,” Nikalus says.

“Dad, you’re secured for retirement. I love you.”

The video has been reacted to over 4,500 times and viewed over 63,000 times. Hundreds of people commented to extend their own gratitude for Beas’ service, both those who share the same city and complete strangers.

“Thank You Officer Beas for your dedication protecting our city and all the citizens for 25 years,” one commenter wrote. “God Bless You. Enjoy Your Retirement!”

“Congratulations on your retirement!” another wrote. “Thank you for 25 years of your service! Thats awesome what your son did! My eyes teared up too!”

“That’s awesome!” a third wrote. “My dad was a police officer for 36 years! Thankful for the brave men and women who protect us everyday, risking their lives daily to protect and serve. Congratulations on 25 years of service!”

While it’s certainly nice to hear from the community you served that they appreciate your years of work, there’s something extra special about your child assisting in that final call and addressing you as “father, mentor, hero” — something Beas will likely remember for the rest of his life.