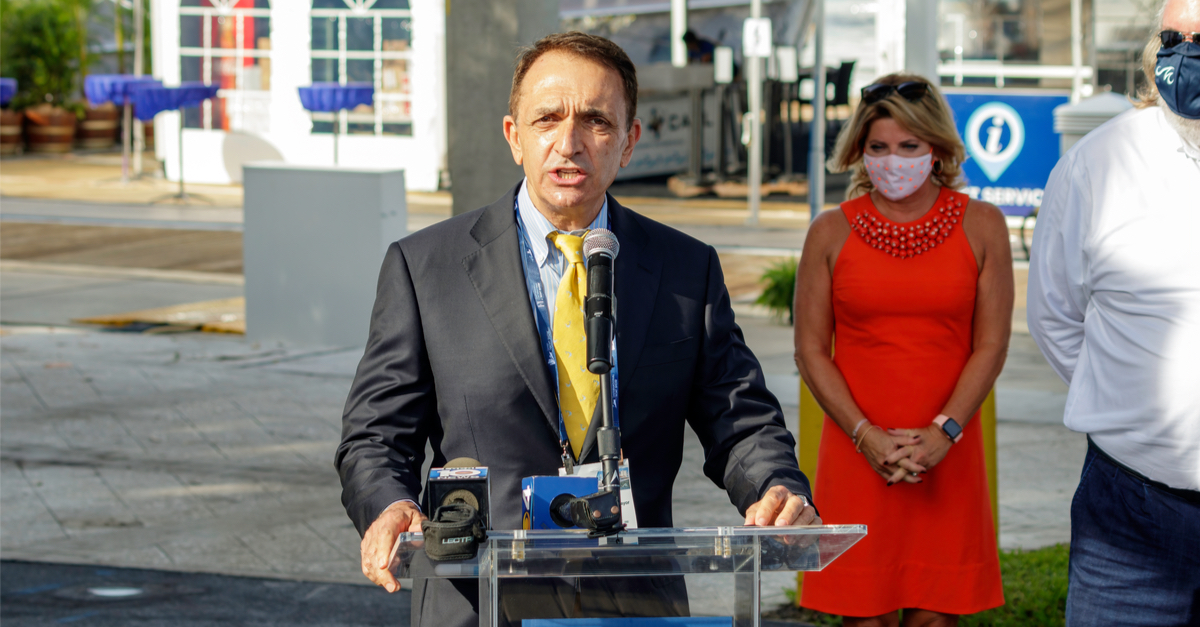 The Democrat mayor of Fort Lauderdale, Florida, immediately exploited a pride parade car crash as an act of “anti-LGBTQ terrorism”… then the truth came out.

On Saturday morning, a truck careened through a group of gays celebrating Pride Month at the South Florida pride parade. The truck killed one gay man and injured several more.

But it wasn’t long before the truth came out to reveal that a gay man was driving the truck, and that his drive through the group of gay celebrants was just an unfortunate accident.

Justin Knight, president of the Fort Lauderdale Gay Men’s Chorus, admitted that the man driving the truck was one of his own people.

Police took the man who was driving the truck into custody and were questioning him. He was wearing a Fort Lauderdale Gay Men’s Chorus t-shirt.

Justin Knight, the chorus’ president, said through a spokesman that chorus members were the ones injured and that the driver was “part of the Chorus family.”

“Our thoughts and prayers are with those affected by the tragic accident that occurred when the Stonewall Pride Parade was just getting started,” Knight said in a statement. “Our fellow Chorus members were those injured and the driver was also a part of the Chorus family. To my knowledge, this was not an attack on the LGBTQ community. We anticipate more details to follow and ask for the community’s love and support.”

Witnesses said the driver could be heard telling police it was an accident.

Police later reported that the whole incident was a terrible accident.

Trantalis was later forced to walk back his idiotic comments, but he didn’t apologize or explain why he jumped the gun.

Meanwhile, Twitter continued to allow the harmful disinformation that the Fort Lauderdale accident was an “act of terror” against gays.